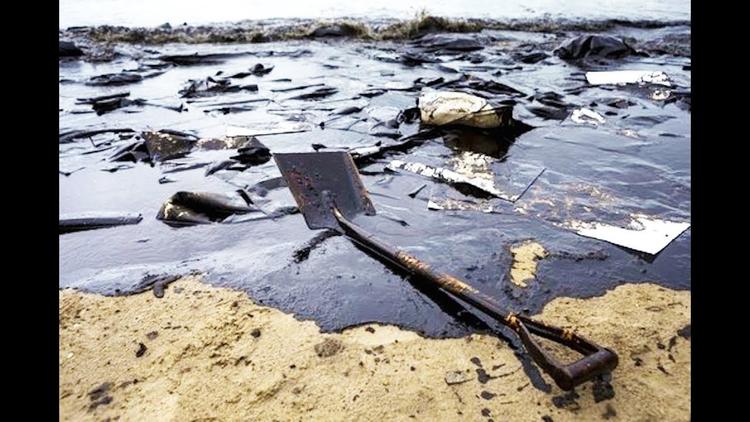 Environmental activist group Greenpeace said the leak demonstrated that approval should not be given for another section of the 2,600-mile pipeline planned for Nebraska.

At least 210,000 gallons of oil have leaked from the Keystone Pipeline in South Dakota in the United States, just days before a crucial decision due on whether to grant a permit for a long-delayed sister pipeline.

The spill, which amounts to some 5,000 barrels, is the largest oil spill to date in South Dakota, said a spokesman for the state’s Department of Environment and Natural Resources.

Crews immediately shut down the Marshall County pipeline on Thursday morning, and officials are now investigating the cause of the leak. So far, there have been no reports of damage to waterways or wildlife, CNN reports.

The pipeline’s operator, TransCanada, said in a statement: “The safety of the public and environment are our top priorities and we will continue to provide updates as they become available.”

But environmental activist group Greenpeace said the leak demonstrated that approval should not be given for another section of the 2,600-mile pipeline, which delivers crude oil from Canada to Texas, to be built in Nebraska.

Jane Kleeb, head of the Nebraska Democratic Party and a longtime activist opposed to Keystone XL, told the Washington Post: “TransCanada cannot be trusted. I have full confidence that the Nebraska Public Service Commission is going to side with Nebraskans, not a foreign oil company.”

TransCanada said the latest leak occurred about 35 miles south of the Ludden pump station, which is in southeast North Dakota, and that it was “completely isolated” within 15 minutes.

The company said it has obtained permission from the landowner to assess the spill and plan the clean-up operation.

The genius of Trump the Brilliant!

The Young Turks: “Of Course The Keystone Pipeline Is Spilling Thousands Of Barrels Of Oil”