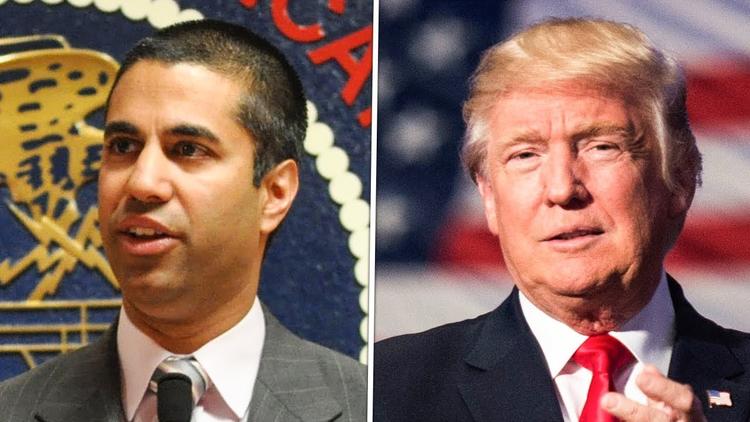 Chairman of the Federal Communications Commission, FCC, Ajit Pai, an appointee of U.S. President Donald Trump, will be presenting a plan next week to draw a December vote to reverse a 2015 net neutrality decision.

Former FCC Chairman, Tom Wheeler, promised that this policy would guarantee “that no one — whether government or corporate — should control free open access to the Internet.”

Gabe Rottman, the ACLU’s legislative counsel at the time, remarked:

“This is a victory for free speech, plain and simple. Americans use the Internet not just to work and play, but to discuss politics and learn about the world around them. The FCC has a critical role to play in protecting citizens’ ability to see what they want and say what they want online, without interference. Title II provides the firmest possible foundation for such protections. We are still sifting through the full details of the new rules, but the main point is that the Internet, the primary place where Americans exercise their right to free expression, remains open to all voices and points of view.”

One of the dissenting votes against this landmark decision was Ajit Pai, who argued that the federal government had overstepped its authority by inserting itself into the internet.

According to sources speaking on the condition of anonymity to Reuters, the new FCC under Pai is expected to drop regulations against “paid prioritization,” where some websites are able to receive increased speeds and load times — at a price. This would have serious consequences for smaller sites that don’t have the money to pay higher internet service provider fees.

Industry leaders such as AT&T Inc, Comcast Corp, and Verizon Communications Inc say that this decision could generate billions in revenue and investments for the industry and that FCC deregulation could eliminate price controls on internet.

Critics say that ultimately the burden would be passed on to consumers, small businesses, and low-income households that struggle to maintain internet access.

Some tech companies such as Alphabet Inc and Facebook Inc have retaliated against Pai’s proposal by urging the chairman to walk back the deregulation plan. These tech giants could face manipulations on their generated web traffic if Obama-era regulations are eliminated.

Free Press, an internet advocacy group, said that “we’ll learn the gory details in the next few days, but we know that Pai intends to dismantle the basic protections that have fueled the internet’s growth.”

Pai’s FCC is also planning to remove monopoly regulations in the media sector, including bans on cross ownership of TV stations and newspapers in major sectors.

The Ring of Fire: “How Trump’s FCC Chair Is Undermining Journalism & Democracy”