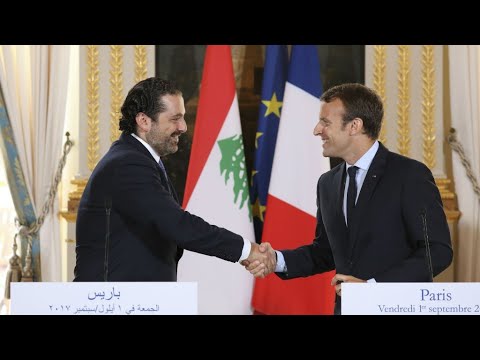 Former Lebanese Prime Minister Saad Hariri and his family are expected to visit Paris within 48 hours after he accepted an invitation from French President Emmanuel Macron.

After speaking with both Saudi Crown Prince Mohamed Bin Salman and Hariri himself by telephone, Macron made the invitation yesterday hours after Lebanon’s President, Michel Aoun, said that there is no justification for the apparent Saudi imprisonment of Hariri.

The date and time of Hariri’s departure for France has not yet been announced, but a member of Hariri’s political party, the Future Movement, said yesterday that the former prime minister would arrive in Paris within the next 48 hours.

The invitation has sparked rumours that France is offering Hariri and his family exile, but when confronted with this question, Macron replied: “No, not at all. I hope that Lebanon will be stable, and that political choices should be in accordance with institutional rule.”

Read more: Lebanese president calls on Saudi to explain why Hariri has not returned

The offer of the visit comes amid a week of turmoil and confusion in Lebanon after Hariri suddenly and unexpectedly resigned during a visit to Saudi Arabia and did not return; causing fears that the Saudis are keeping him as a prisoner and are forcing his hand.

Hariri, however, has promised to return to Lebanon soon, though this has done little to dispel fears that he has been detained.

Last year, a political deal was reached in Lebanon in which a coalition was formed with Hariri as prime minister and Aoun as president. Hezbollah also joined the unity government, which incensed Saudi Arabia and convinced it that Iran was attempting to gain influence over the country. Following Hariri’s resignation, Saudi Arabia announced that Lebanon had declared war on it, prompting Hezbollah to claim that the Kingdom has declared war on Lebanon.