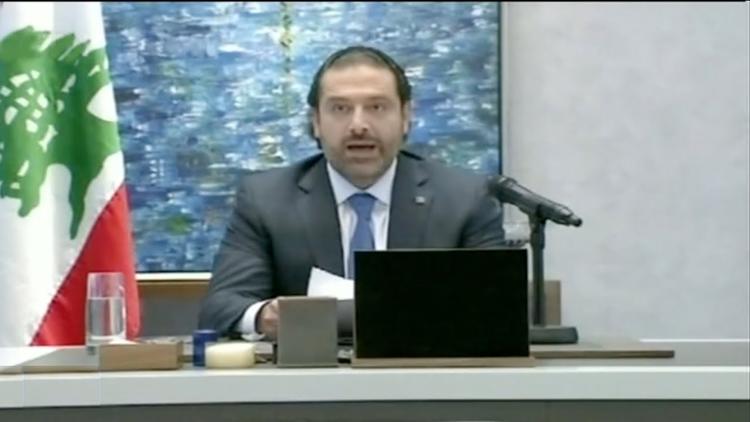 The Twitter account of Lebanon’s prime minister, Sa’ad Hariri has been inactive since November 6, just after he announced his resignation in the Saudi Arabian capital, Riyadh. Hariri justified his decision as a move to escape an assassination plot. So far, both Lebanon’s Internal Security Forces and Ministry of the Interior have declared that they were not aware of any such attempt.

Rumours continue, however, that Hariri’s absence was not voluntary but instead imposed by the Saudi government, in particular Crown Prince Mohammad Bin Salman, Riyadh’s newly empowered strongman. Despite Hariri’s protests to the contrary, the theory that this was a Saudi intervention is certainly plausible.

As some onlookers pointed out, Hariri’s speech used expressions and terms that are typical of Saudi public rhetoric against Iran. He explicitly accused Iran of interfering in Lebanon’s domestic affairs and in disrupting Arab politics, and referred to Hezbollah, the militarised Lebanese Shia movement, as an Iranian proxy force – even though he became prime minister partly thanks to Hezbollah’s tactical support. Lebanon’s president, the Christian Maronite Michel Aoun, even called on Saudi authorities to immediately “release” Hariri.

Relevant to all this is that the Saudi government is under serious internal and external pressure. The day before Hariri resigned, the Shia-led Yemeni rebel government fired a long-range missile aimed at the International Airport of Riyadh. And two days later, Crown Prince Mohammad ordered the arrest of dozens of leading Saudi political and business personalities, in what he termed a campaign against corruption. In practice, this seems a strategy to give way to his uncontested leadership in the country.

This clampdown on Saudi Arabia’s opposition and civil society groups started a few months ago, and the wealthy businessmen now under arrest are just the tip of the iceberg. The rich princes’ fate is, it seems, not too grim: they reside in the five-star Ritz Carlton Hotel in the capital. Opposition members, meanwhile, are held in prison.

The Saudis’ moves are pushing the Middle East ever closer to the outbreak of a major international conflict at an already tumultuous time. While the so-called Islamic State has lost almost all its territory in Syria and Iraq, the liberation of Mosul and Raqqa by Iraqi and Syrian forces – backed by a pluralistic coalition of Russian, Iranian, Kurdish, and popular resistance groups – has shifted the regional balance of power.

From a Saudi viewpoint, the new geopolitical calculus strengthens Syria’s president, Bashar al-Assad, and his erstwhile allies Iran and Hezbollah. Riyadh, which for many years supported insurgent groups in Syria and Iraq, could soon be left behind.

At the root of it all is the deadly, long-running rivalry between Saudi Arabia and Iran, which has its roots not in the sectarian divide between Sunni and Shia Islam, but in the Islamic Revolution in Iran in 1979. Since then, the two countries have confronted each other multiple times, but never directly; Lebanon has been one of their main proxy battlegrounds.

After the events of 1979, the Iranian Revolutionary Guards helped to establish a local resistance movement against the Israeli Occupation of Lebanese territory. This became Hezbollah, which today is a powerful political and military force, boasting elected MPs and government positions. Thanks to Hezbollah, Iran’s regional influence surged, making the group a primary target for the Saudis, and by extension Israel and the US.

Just as the Saudi authorities’ hysterical invective against Iran in recent weeks has dramatic implications for the Middle East at large, Hariri’s resignation is a crisis in itself. The collapse of the Lebanese government, the fourth since 2005, could undo critical progress towards political reform and stability. Lebanon faces a massive humanitarian crisis; it’s now host to well over 1m Syrian refugees, who make up around a quarter of the total population. It also relies heavily on remittances from Persian Gulf countries.

Added to that, Saudi Arabia’s strange Lebanese ventures might pave the way for a more overt intervention by Israel, which last took action there in July 2006. That war left Lebanon, especially the southern region, in total infrastructural disarray. A reprise would do little good for Saudi interests; after the kingdom’s recent debacles in Yemen and Qatar, the last thing it needs is a conflict that would galvanise support for Hezbollah – and by extension, further embolden a resurgent Iran.