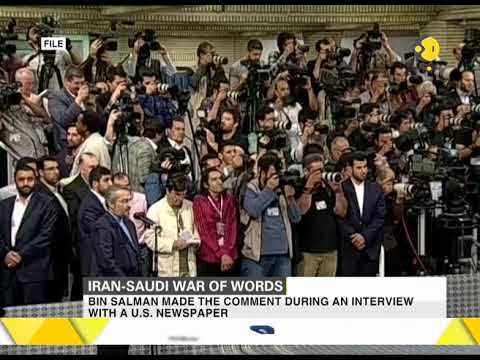 Tensions often run high in the Middle East beating the drums of war and violence. This has been the case since at least 2003, the year the US invaded Iraq. The region’s post-US invasion three notorious episodes of violence are the civil war in Syria, the rise and fall of the Islamic State and the ongoing Saudi war on Yemen. Alarming as they are, the three episodes have occasionally pushed regional archrivals Iran and Saudi Arabia on to the brink of dangerous wars.

The latest war situation arose after the Yemeni Houthi fighters had fired a long-range ballistic missile on Riyadh international airport on November 4, for which the Saudis blamed Iran and threatened war, and the Saudi’s detention of Lebanon’s Prime Minister Saad Al-Hariri the following day, apparently to punish Iran’s ally Hezbollah for its deployments in Syria to defend President Bashar Al-Assad.

A war between Iran and Saudi Arabia, with support from their respective allies, was never out of the question, especially after the outbreak of the Arab Spring in December 2010. It is, in fact, highly probable in the present context, as both parties may see a shooting war as a rational choice either to permanently change the regional status quo or hold onto the status quo.

The immediate reasons for war lie in the recent emergence of an apparently unbeatable new power pole – Iran-Syria-Hezbollah alliance, backed by Russia and aided by the Iraqi Shia militia groups. The deep underlying reasons for Iran – Saudi armed clashes, perhaps involving Israel and the US, originate from the Middle East’s structural dynamics and historical fault lines.

The rise of rival power blocs

Out of the Arab Spring and the fight against the Islamic State have emerged a weakened Saudi-Israel-US bloc and a solidified Russia-Iran-Syria-Hezbollah alliance. Contrary to hopes for changes in Arab authoritarian power structures, the Arab Spring simply degenerated into fierce power struggles pitting the two rival blocs against each other. They got embroiled in a long fight in Syria and in Iraq. Self-styled caliph Abu Bakr Al-Baghdadi’s Islamic State, a common enemy of both blocs, forced some tactical adjustments and operational coordination between the US and Iran in Iraq and between Russia and the US in Syria but still their strategic divergences and open hostilities never ceased to exist. Iran – US hostile relations have occasionally reached the boiling point, despite the signing of the 2015 nuclear deal that indirectly attached a certain degree of legitimacy to Iran’s strategic role and influence in the Middle East.

From a realistic viewpoint, the total defeat of Al-Baghdadi’s Islamic State and the near disintegration of Syria’s rebel groups have put Iran and its allies in the regional driver’s seat. Tehran has steadfastly prevented Iraq from falling into the hands of the Sunni Islamic State, defended its Syrian ally President Al-Assad, supported by Russian air operations and Hezbollah fighters on the ground. Iran is thus linked from the Persian Gulf in the east to the Mediterranean Sea in the west via Iraq, Syria and Lebanon. This vast geographic expanse, what critics call the “Shia Crescent”, has enormously expanded Iran’s sphere of influence and shrunk that of its rivals – Saudi Arabia, Israel and the US. This strategic shift has also largely diminished America’s hope to maintain an anti-Iran regional order with Israel and Saudi Arabia as two loyal lieutenants.

Saudi Arabia, in particular, views Iran’s rise as appalling and the kingdom looks determined to overturn Tehran’s strategic gains. The Saudis, despite their deep involvements in anti-Iran proxy wars across the region, see that they are completely defeated in Syria, caught in a quagmire in Yemen and more or less beaten out of Iraq. What worries the Saudis most is Iran’s nuclear ambitions. The nuclear deal with the US simply delays, not eliminates, Iran’s nuclear option for fifteen years, after which Tehran will be free to pursue its nuclear program anyway. Once Iran builds the bomb, Riyadh concludes, the Iranians, buttressed by their regional strategic advantages, will enter the final stage of their regional dominance – an unpalatable scenario where the Arabs can expect to play only the second fiddle. This situation is driving the young and reckless Saudi Crown Prince Mohammed bin Salman to look for ways to weaken Iran, including appeal to Israel to attack Hezbollah in Lebanon.

Israel, like the Saudis, has also emerged as a strategic loser out of the Arab Spring violence, particularly in Syria. It has militarily and financially supported the anti-government Syrian rebel groups, including Islamic State and al-Qaeda groups to permanently fragment Syria, weaken and gradually eliminate Hezbollah by forcing it to fight a long war in Syria and deny Iran any strategic link to Lebanon. So has been the case with the US. CIA has not only armed the Syrian rebels but also paid their monthly salaries to prolong the civil war and eventually to effect regime change in Damascus to wean Syria away from Iran. Neither has Israel nor the US achieved anything, at the end of the day. Contrarily, Israeli leaders now see Syria as a new military front with strong Iranian and Hezbollah military presence, in addition to the northern front with Lebanon. Never before in history has Israel faced such serious multi-pronged security threats.

Turkey’s gradual drift towards Iran and Russia, primarily because of America’s flirtations with the Kurds-led Syrian Democratic Forces, which Ankara considers a terrorist group, has created more strategic odds for the Saudi-US-Israel bloc.

The precarious strategic shift especially makes Israel and Saudi Arabia nervous: neither Riyadh nor Tel Aviv is sure that Iran will not exploit its strategic gains to seriously threaten their security in the future. The Iran-backed Yemeni Houthi fighters’ capacity to resist Saudi invasion and hold onto northern Yemen turn them into a new dangerous security threat on Saudi Arabia’s southern and southwestern borders, in addition to big losses elsewhere. Similarly, Israel sees itself surrounded by pro-Iran armed groups from all around – Lebanon, Syria and Gaza. The Israeli Defense Force, despite its mythical might, has hardly won any military victory after the 1973 war against the Arabs. The 2006 war with Hezbollah was a disaster as it failed to knock out the armed group. What is more, Israel did not get the US to directly fight on its side but was forced to seek a ceasefire after fighting for some 33 days. Hezbollah now commands an army of battle-hardened soldiers and is obviously many times stronger than it was in 2006.

What has emerged in the aftermath of the Arab Spring is that the post-Second World War status quo in the Middle East is seriously shattered or challenged by the Russia-Iran-Syria-Hezbollah alliance. The Saudi-Israel-US bloc is out to roll back the Russia and Iran-led alliance’s strategic dominance to restore the status quo, even if that means new wars. President Trump’s so-called “Islam speech” in Riyadh in May this year to create anti-Iran Arab –Israeli unity, his refusal to certify the Iran nuclear deal, Saudi-led blockade on Iran-friendly Qatar, Riyadh’s overtures to Israel, even at the cost of giving up Palestinian statehood, are symptoms of an imminent major regional war.

The current push for war by the Saudi-Israel-US bloc is substantially conditioned by regional structural dynamics, much like the way Europe has fought many devastating wars in the last few centuries. A multipolar power structure for centuries, the Middle East has never developed a single dominant political core to foster a regional political and strategic identity or security integration. Different dynasties have ruled different parts of the region from power centers based in Babylon, Damascus, Baghdad, Persipolis, Isfahan or Istanbul. The intense competitions for territorial expansion and power between different power centers resulted in constant warfare, which occasionally drew in external powers. The rise of the Iran-led alliance as a new power center speaks of a new attempt to fundamentally alter the regional structural dynamics. And it necessarily frightens other contemporary rival power centers – Riyadh and Tel Aviv.

History has also played its part to aggravate the Middle East’s regional structural dynamics. The imperial rivalries between the Persians and the Arabs and between the Persians, the Ottomans and the Czarist Russians were greatly defined by nationalistic, religious and sectarian factors, apart from geopolitical dynamics. The Shia – Sunni divide was definitely a factor in the Shia Persian versus Sunni Ottoman rivalry for hundreds of years. Some of these factors, particularly sectarianism even today largely influence the geopolitical competition between Shia power house Iran and Sunni citadel Saudi Arabia. Iran’s post-1979 hostility with the US has necessarily pushed Washington on to the side of Saudi Arabia, further fueling anti-Iran mindsets of the Saudis and their regional allies.

Finally, wars are not welcome but they often become unavoidable. The rise of the Iran-led alliance as a new power bloc and its challenge to the regional status quo has the potential to remake a new regional order. The strong antipathy of the Saudi-Israel-US bloc to accept this new strategic reality is set to create more tensions and instability in the region leading to war. It is a question not about whether but when the next major war in the Middle East will break out.

Mohammed Nuruzzaman is Associate Professor of International Relations at the Gulf University for Science and Technology, Kuwait E-mail: nuruzzaman.m@gust.edu.kw