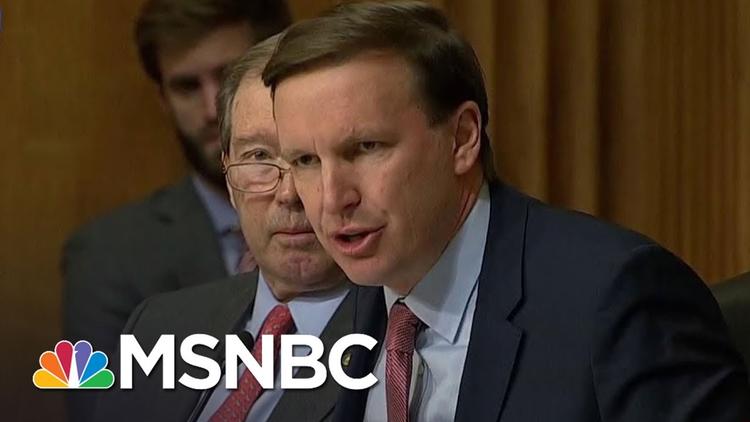 Ironically, President Trump’s frequent nuclear blustering serves to hide one aspect of the nuclear risk. Focus on his instability and possible impetuous resort to the nuclear trigger may distract from equally significant dangers. Any discussion fo the threat posed by nuclear weapons should include recounting and further explanation of the multiple accidents with nuclear weaponry as well as the environmental dangers their manufacture and storage pose. In a review of Eric Schlosser’s book on nuclear weapons, Jenny Turner comments: “the effort to control nuclear weapons – to ensure that one doesn’t go off by accident” is undermined, over and over again, by demands from the military for bombs they can trust to explode.”

There is a long catalogue of near disastrous accidents with nuclear weapons. Details of an infamous 1961 incident involving the accidental drop of an H=Bomb over Greensboro NC are especially chilling, especially given President Trump’s decision similarly to arm B-52s today. These details also suggest we should place little reliance on the willingness of top level generals to restrain the president. Here is a summary from the Guardian:

“Further detail on what happened to the Mark 39 bomb when it fell over Goldsboro is given in a newly declassified document written in 1987 reviewing the US nuclear weapon safety programme. It records that as the B-52 broke up, the pin to arm the bomb that was normally manually operated was yanked out as it fell, thus arming it.

All the various stages of the bomb’s fall – the operation of the arming system, deployment of the parachute, timer operation, activation of its batteries, and delivery of the signal that would actually fire the bomb at impact – “all followed as a natural consequence of the bomb falling free”. Only the lack of engagement of the final ready-safe switch “prevented nuclear detonation of this bomb”.

Despite such expert awareness of the extremely tentative safeguards that stood between America and unthinkable disaster, successive US administrations kept up the line in public that the country’s nuclear arsenal was free from any risk of accidental detonation.” This incident, just like the Cuban Missile crisis soon to follow, was just one more case where political and military leaders put the preservation of state power ahead of genuine public safety.

Because they are so dangerous, access to them must be limited, and thus independent investigators cannot accumulate information that could inform a critical assessment of their domestic risks. In addition, because they are one of the central pillars in our collective identity as a power second to none, criticism of these weapons is often written off as enemy inspired and thus illegitimate. Add to this the economic boost nuclear arms provide to key military contractors and one has the makings of an almost invulnerable political machine. As Turner puts it, “Nuclear weapons are not like Wikipedia, on which anybody can spot a mistake and write in.” [Talk about the Progressive’s H bomb case?}

About the best argument I can think of for the safety of nuclear weaponry is that none has been accidentally detonated so far. From Schlosser’s description, this technological success is in large measure fortuitous. I will state it as a law: Complex systems are prone to unpredictable malfunctions. And as with many features of industrial life, there is more glory and economic reward in building the technologies than in maintaining them. Furthermore, in the grand scheme of human civilization, not to say of the planet, 72 years is but a trifle.

Donald Trump’s climate agenda is extraordinarily dangerous, but his posture on nuclear weapons is not as far out of the accepted strategic doctrines as his critics charge. Policy in both domains constitutes an imminent threat to the future of human civilization. Climate denialism has its parallel in those elites expecting to survive nuclear winter. Up until recently climate concerns have largely displaced the issues of nuclear weaponry. That must stop. Movements against nuclear power and nuclear weapons have a long history of facing repressive attacks and mounting cross- border collaboration. Enormous sums are already invested even in the shoddy maintenance of our nuclear arsenal, and many of Trump’s opponents are committed to dangerous modernization of that arsenal. Those funds might better go to meeting the long- term climate crisis. Intensifying climate deterioration risks exacerbating cross border tensions and provoking war, which will surely some day become nuclear. These issues and movements need each other.

John Buell has a PhD in political science, taught for 10 years at College of the Atlantic, and was an Associate Editor of The Progressive for ten years.