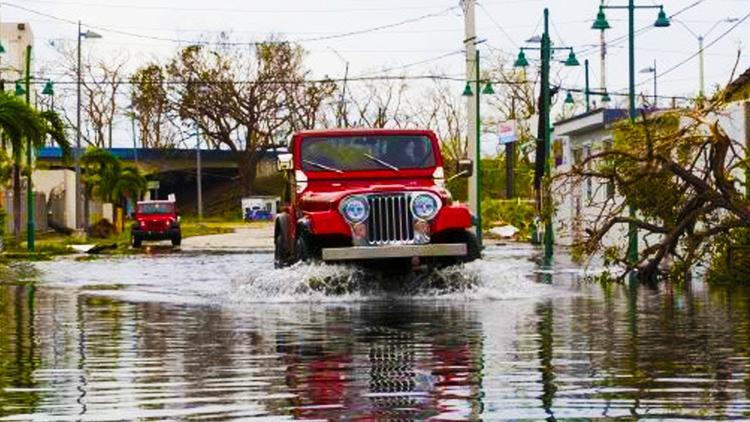 Many Puerto Ricans are spending Thanksgiving on the mainland, away from home and family and friends, as climate refugees. I guess this catastrophe is something that should be on our minds on this day of feasting.

Thanksgiving was a northern, regional holiday until 1863 when Abraham Lincoln promulgated its as a way of creating a national symbol to incorporate even the alienated South. Thanksgiving needs to continue that work of national integration today, with regard to Puerto Rico. It should be remembered that they didn’t ask for us. We invaded during the Spanish-American War of 1898 on the grounds that we regretted their lack of liberty under the crown. Then we kept the island as a territory and gave the inhabitants citizenship.

Puerto Ricans are American citizens. Unless we are going to go whole hog and admit that some citizens have fewer rights than others, then our country needs to do a better job of restoring electricity and other services on the island after the devastation of this year’s hurricane.

There are 20 states that are smaller in population (i.e. fewer Americans live there) than Puerto Rico. Puerto Rico has more Americans in residence than do Nebraska or Kansas.

Being made homeless or left without food, or potable water, or electricity, is something that happens to someone else, not to you. Until it does.

Many of Puerto Rico’s power plants are operating at 50% efficiency all these months later. Only about half of Puerto Ricans have electricity. They can’t read this blog post. Worse, if they need medical equipment to operate in hospitals, it doesn’t.

Some 20% of Puerto Ricans do not have drinkable tap water.

Roads, infrastructure, medical care and personal security are all still inadequate all these weeks later.

On Thanksgiving, we are one voice as Americans. In Spanish that is Somos una Voz. That’s the site Marc Anthony and Jennifer Lopez among others created to help these stranded Americans. Let’s all pitch in.