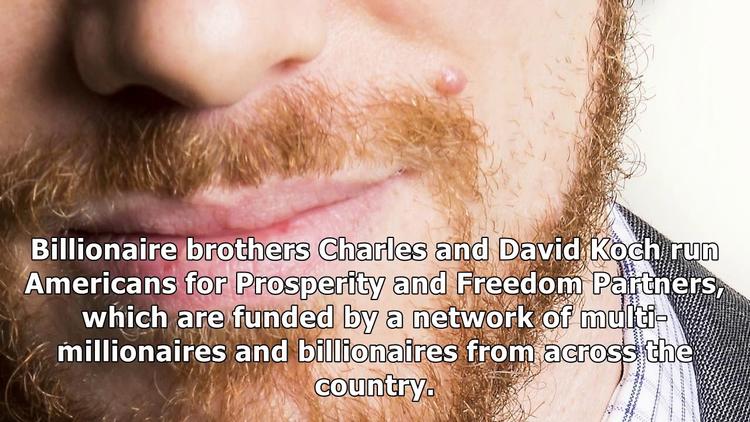 It’s unpopular. It’s expensive. But the donors want it.

Sometimes I have to remind myself that people in “real America” with “real jobs” don’t while away their mortal hours reading about politics. But God help me, if you’ve suffered through any coverage of the Republican tax plan, you’ve probably heard three things.

First, it’ll dramatically slash taxes on corporations and billionaires, raise them for nearly a third of us in the middle class, and blow a $1.5 trillion hole in the deficit.

Second, it’s unpopular. Less than a third of Americans support it, Reuters reports. That’s worse than Trump’s own approval rating, which remains mired in the 30s.

And third, the Republicans who control Congress believe it simply must pass.

In fact, this third point sets the tenor for the entire debate. “Republicans are desperate to rack up a legislative win after a series of embarrassing failures,” TIME observes. “If tax reform doesn’t pass, many in the party fear an all-out revolt in 2018.”

If the tax giveaway doesn’t pass, adds Utah Republican Mike Lee, “We might as well pack up our tent and go home.”

The thing is, that doesn’t make any sense. Gallup polls have shown over and over that most Americans think rich people and corporations should pay more, not less. Even a majority of Republican voters worry about what this wealth grab will do to the deficit.

If they were looking for a win, then, Republicans would be running against their own plan. So what gives?

Well, New York Republican Chris Collins recently offered a clue: “My donors are basically saying, ‘Get it done or don’t ever call me again.’” Ah!

Many voters in Collins’ high-tax district will likely pay more, since the GOP wants to end federal deductions for state and local taxes. But it doesn’t have a lick to do with voters. It has everything to do with the affluent donors who bankroll GOP campaigns.

A similar dynamic played out in the health care debate. GOP leaders trotted out plan after plan that would eliminate coverage for anywhere from 20 to 24 million Americans — plans that never topped the low 20s in public support.

But those plans would have reduced taxes on the wealthy. So they had to pass.

“Senator Charles E. Grassley of Iowa, who has been deeply involved in health policy for years, told reporters back home that he could count 10 reasons the new health proposal should not reach the floor,” the New York Times reported back in September, “but that Republicans needed to press ahead regardless.”

When those bills met their righteous demise, elite GOP fundraising took a huge dive. Senate Republicans lost $2 million in planned contributions alone, The Hill noted this summer. Fundraising in those months fell some $5 million below where it had been in the spring.

So there it is, team: Follow the money. It’s no wonder Princeton researchers found a few years ago that rich people matter to Congress, but ordinary folks generally don’t. That’s probably why many of us prefer to tune it out entirely.

It’s also exactly why we do have to pay attention. Especially in those rare moments when members admit exactly what’s going on.

Vox: “Republicans admit that ceos and donors really need the tax cut bill to pass — or else”