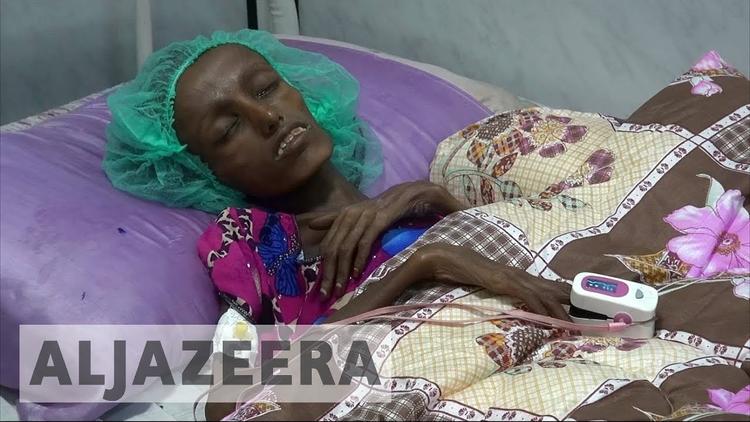 The Saudi-led military coalition fighting against the Houthi movement in Yemen said on Monday it would close all air, land and sea ports to the Arabian Peninsula country to stem the flow of arms to the Houthis from Iran.

The move, which follows the interception of a missile fired towards the Saudi capital Riyadh on Saturday, is likely to worsen a humanitarian crisis in Yemen that according to the United Nations has pushed some seven million people to the brink of famine and left nearly 900,000 infected with cholera.

“The Coalition Forces Command decided to temporarily close all Yemeni air, sea and land ports,” the coalition said in a statement on the Saudi state news agency SPA. It said aid workers and humanitarian supplies would continue to be able to access and exit Yemen.

The United Nations, however, said it was not given approval for two scheduled humanitarian flights on Monday and was seeking clarification on the coalition’s announcement.

The state news agency Saba, run by the Houthis, quoted a source in the navy warning against the closure of ports and said it would have, “catastrophic consequences”.

The United Nations and international aid organisations have repeatedly criticised the coalition for blocking aid access, especially to north Yemen, which is held by the Iran-aligned Houthi movement battling the Saudi-led coalition.

Saudi Arabia and its Gulf Arab allies have made clear they view Iran as mainly responsible for the Yemen conflict, in which more than 10,000 people have been killed in the past two years.

Saudi Foreign Minister Adel al-Jubeir said on his Twitter account on Monday that Riyadh reserved the right to respond to what he called Iran’s “hostile actions”. Bahraini Foreign Minister Sheikh Khaled bin Ahmed al-Khalifa also tweeted that Iran was the real danger to the region.

Iranian Foreign Minister Mohammad Javad Zarif said Saudi Arabia was blaming Tehran for the consequences of its own “wars of aggression”.

On Sunday the coalition accused the Houthis of “dangerous escalation (that) came because of Iranian support” after Saudi air defences intercepted the ballistic missile heading towards Riyadh. It was brought down near Riyadh airport without causing casualties.

Iran rejected the criticism as “destructive and provocative”.

Foreign Ministry spokesman Bahram Qassemi “referred to the war crimes and aggression of the Saudis during the past years and said the reaction by Yemenis is an independent reaction … and not a move caused by another country’s action or incitement”, a ministry statement said.

US President Donald Trump has also blamed Iran for Saturday’s missile attack, but the head of Iran’s Revolutionary Guards rejected that view as “slander”.

The Houthis are fighters drawn mainly from the Zaydi Shi’ite minority which ruled a 1,000-year kingdom in northern Yemen until 1962. The Saudi-led coalition has been targeting the Houthis since they seized parts of Yemen in 2015, including the capital Sanaa, forcing President Abd-Rabbu Mansour Hadi to flee and seek help from neighbouring Saudi Arabia.

On Sunday a suicide car bomber blew himself up at a security checkpoint in the southern port city of Aden, killing 15 people and wounding at least 20, residents and a security officials said. Aden is the interim headquarters of Yemen’s internationally recognised government.