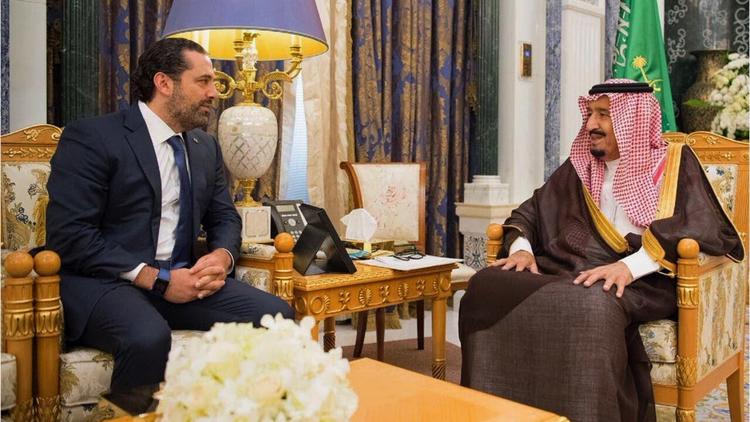 The Christian-owned Beirut daily al-Nahar reports that the Saudi minister for Gulf Affairs, Thamer al-Sabhan, said Monday that Saudi Arabia would not accept that Lebanon should join in the war on his country.

He added, “We will treat the government of Lebanon like a state that has declared war on us, because of the Hizbullah militias.” He pointed out that Hizbullah influences all the decisions made by the Lebanese government.

Al-Sabhan’s take on Lebanon is frankly bizarre. He doesn’t seem to realize that over a third of Lebanese are Christians and nearly a third are Shiites. Sunnis are reckoned at 28%. Sunnis are the ones most likely to tilt toward Saudi Arabia, but even many of them do not like Saudi hard line Wahhabism or its backing for extremist groups such as the Army of Islam in Syria or the Lebanese Salafi cult in Sidon. So Saudi Arabia simply does not have a majority constituency in that country and it is hard to see how threatening Beirut in this way will increase Saudi influence there.

Al-Sabhan is right that the Shiite Hizbullah, which is a legal political party in Lebanon with seats in parliament and cabinet ministers, is very influential. But it is influential because it has gained the support of a majority of Shiites (even secular ones) and substantial numbers of Christians have decided to put up with it or actively ally with it (as with president Michel Aoun). Hizbullah is given money by Iran, but Iranians can’t vote in Lebanese elections, and Lebanese Shiites have other choices if they don’t like Hizbullah and its Iran connections. Unsurprisingly, most Lebanese Shiites are not afraid of Iranian Shiites.

Christians and Shiites in Lebanon on the whole supported or were neutral toward the Syrian government of Bashar al-Assad, which the Saudis tried to overthrow by backing hard line Salafi/ Sunni militiamen. The Saudis actually directed shelling and bombing of Syrian government buildings. Both in Syria and in Lebanon, the idea of Salafis taking Damascus sent a chill down the spines of Christians, given that the hard liners reject secular government, democracy, and basic human rights, and would reduce Christians to second class citizens or even non-citizens.

Al-Sabhan appeared to accuse Lebanon’s Hizbullah of training Saudi Shiites to be guerrillas. Something like 12% of the Saudi population is Shiite, and it predominates in the oil-rich Eastern Province. The current king has repressed the Saudi Shiites, whose position has worsened palpably after having improved a bit in the last decade after the government permitted municipal elections (largely Shiite cities such as Qatif then allowed Shiite rituals inside city limits). But Saudi Shiites have protested peacefully against Wahhabi repression. The major terrorism committed in Saudi Arabia in recent years has come from Salafi jihadi outfits such as al-Qaeda and ISIL. Some Saudi Wahhabis have at least been favorable toward al-Qaeda.

Al-Sabhan added, in an interview on the Saudi-owned, Dubai-based mouthpiece for Riyadh, Alarabiya, that “Saudi Arabia’s King Salman informed Saad Hariri, the former prime minister of Lebanon who just resigned, of the details of Hizbullah’s acts of enmity toward Saudi Arabia, indicating that it is the responsibility of the Lebanese government to be aware of the danger these militias pose to Saudi Arabia.”

He alleged that Hizbullah fighters participate in every act of terrorism threatening Saudi Arabia, underlining that the kingdom will deploy every political and extra-political means to confront what he called “Hizb Shaytan.” (Hizbullah in Arabic means ‘party of God;’ Hizb Shaytan means ‘party of Satan).

He said that the Lebanese have a choice between Islam and joining in with Hizbullah.

He added that Riyadh had expected the Lebanese to work to repress Hizbullah and that they had it in their power to define what will happen to their relationship with Saudi Arabia.

He accused Hizbullah of smuggling drugs into the kingdom and of training young Saudi [Shiite] men in terrorist techniques.

He denied that Riyadh had forced Hariri to resign as prime minister.

The likelihood of the Lebanese people or government bowing to these threats is slim to none.

I don’t think the Saudi military, bogged down in Yemen, is likely to try anything in Lebanon. If war comes out of all this, it would be from the Israeli Air Force.

This is a EXPLOSIVE thread that proves how Saudi and Israel are deliberately coordinating to escalate the situation in the MidEast. https://t.co/dMe4PnkwTf

But now that Russia has put a security umbrella over Syria, it is not at all clear that Moscow would be happy with or allow an attempt to quash Hizbullah, which has been Putin’s key ally in propping up Bashar al-Assad.