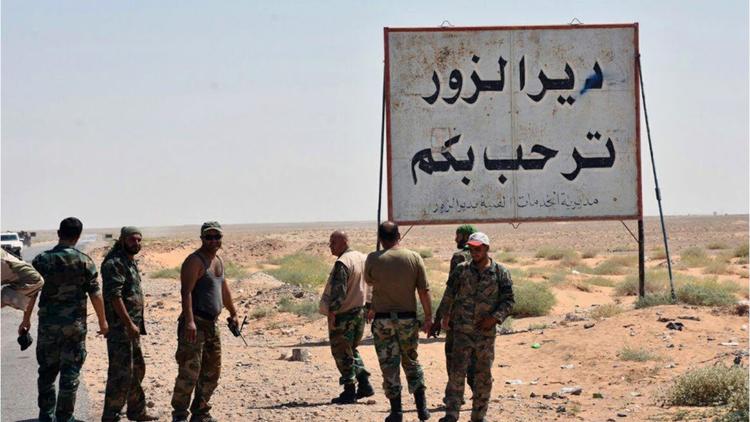 The Syrian regime announced Wednesday that its army, supported by the Lebanese Shiite militia, Hizbullah and Iraqi Shiite militia, took control of the city of Al-Bu Kamal, the last base for ISIL on the Syrian-Iraqi border, after battles with the terrorist organization.

At the same time, an Iranian official affirmed that these forces, having proven victorious in the far east of the country, will now be redeployed to the northwest, to Idlib province, the last bastion of the armed resistance (which is dominated in Idlib by the al-Qaeda-linked Syrian Conquest Front or Nusra Front.

The Syrian spokesman said that the Syrian sources had met up with their Iraqi counterparts on the border in the environs of Al-Bu Kamal, and that the Iraqi military had simultaneously taken on ISIL remnants on their side of the border opposite Al-Bu Kamal.

The Syrian and pro-Syrian fighters received air support, which must have been Russian or Syrian Arab Air Force. Some civilian deaths were reported.

Last week, the Iraqi army expelled ISIL remnants from the district of al-Qa’im, which neighbors Syria.

Some 120,000 persons have been displaced from this this district by the fighting.

As ISIL declines into insignificance as a military force even as it remains a significant terrorist threat, I expect the hype around it to survive, like a ghost haunting us.