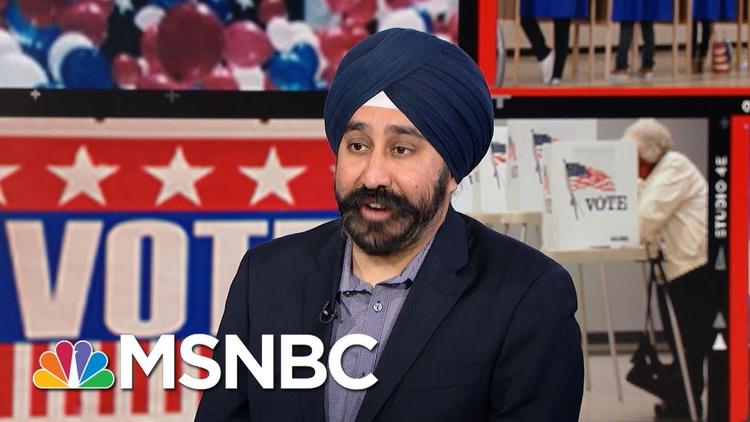 A year after the election of President Trump and Republican sweep of Congress, Americans got another gut check. The results of some of the closer elections are still coming in, but one thing stands out immediately: Victories across the country represented more than a rejection of the bigotry and jingoism that Trump has emboldened. It was also a tremendous victory for unabashed progressives who didn’t run from the label and try to appear centrist to rural White people.

There’s one possible exception: In response to a race-baiting campaign from Republican Ed Gillespie, Virginia’s new Democratic governor-elect, Ralph Northam, ran a fairly tepid campaign, where he shunned progressive causes like sanctuary cities in an attempt to bolster the rural White vote. But Virginians also elected Justin Fairfax as lieutenant governor, the state’s second Black politician to win a statewide office since Gov. Douglas Wilder won by four-tenths of a percentage point in 1990.

The state wins followed a pattern of Virginia cities and the Washington, D.C., suburbs voting Democratic, and Black and women voters turned out in force. According to exit polls, 80 percent of non-White voters and 87 percent of Black voters supported Northam, and while Gillespie won 57 percent of White voters, his 15-point margin was smaller than Trump’s 24-point margin in the state last year.

But those results weren’t limited to Virginia, and across the country people of color and progressives won resounding victories. Blavity has a good roundup of many of the races where people of color won statewide offices for the first time, including Sheila Oliver (New Jersey’s lieutenant governor-elect), Vi Lyles (mayor-elect of Charlotte, North Carolina), Yvonne Spicer (mayor-elect of Framingham, Massachusetts), and Ravinder Bhalla, the incoming mayor of Hoboken, New Jersey, a bearded and traditional turban-wearing Sikh who weathered a campaign marked by racist flyers trying to connect him with terrorism.

A large number of women, including women of color, also ran for office this year.

A large number of women, including women of color, also ran for office this year, and they won some important victories. In Virginia, Hayla Ayala and Elizabeth Guzman became the first Latinas and Danica Roem became the first openly transgender person elected to the House of Delegates. Women also scored key victories in Boston, where two women of color were elected to the city council, bringing the number of women on the council to six out of 13 seats. In Seattle, voters elected their first openly lesbian mayor in Jenny Durkan, who is also the city’s first woman mayor since 1926.

Progressives also had a good showing in New Jersey, where the incoming governor, Philip Murphy, promised to make the state a bulwark against Trumpism. The state of Maine voted to expand Medicaid under the Affordable Care Act, despite Gov. Paul LePage’s strong opposition.

Even former U.S. Rep. Tom Perriello, whom Northam defeated in the Democratic primary in Virginia, campaigned for Northam and down-ticket Democrats. Perriello was favored by progressive voters, some of whom at least appeared to threaten to undermine Northam’s campaign over his lack of ideological purity.

Those fears didn’t come to pass, and perhaps this might be a sign that the divisions that have split progressives and centrists since 2016 (and exacerbated by the release of Donna Brazile’s book charging that Hillary Clinton rigged the primary) can be overcome to deliver a broader victory. And the exit polls showed 97 percent of people who supported Northam said expressing opposition to Trump was one of the factors in their vote.

If we take away anything from Tuesday’s victories, it’s that progressives shouldn’t be afraid to show off their superhero capes. Candidates need to realize that there are larger things at stake, and when the alternative to a boring centrist is a bigot, we might have to settle for a draw in one battle in order to win the bigger war. The midterm elections are a year away, but the campaign’s already started.