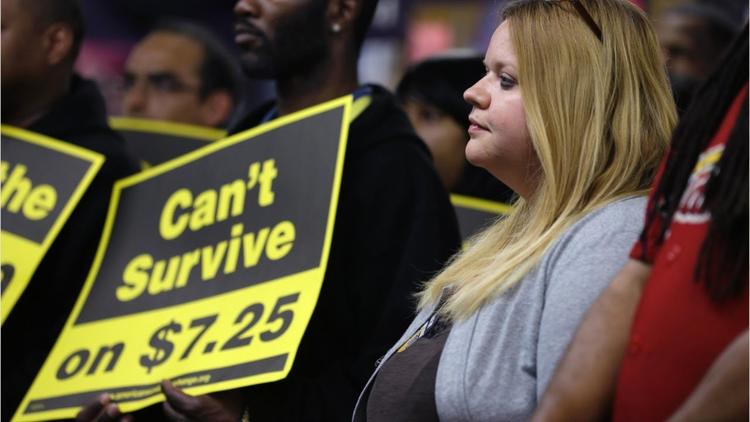 Nearly 35 billion lower income people reside in developing nations and have less than US$10,000 in income.

50 percent of the world’s wealth is controlled by the wealthy 1 percent, according to a new Global Wealth report which sheds light on the stunning wealth inequality.

“The share of the top 1% has been on an upward path ever since [the crisis], passing the 2000 level in 2013 and achieving new peaks every year thereafter,” the annual report said. Adding, “global wealth inequality has certainly been high and rising in the post-crisis period.”

“This report highlights the huge gulf between the haves and the have-nots—the world’s richest one percent own more than everyone else combined while the poorest half of the population share less than a penny of every pound of wealth,” Katy Chakrabortty, head of advocacy for Oxfam, said in a statement.

“Tax havens are one of the key engines of the rise in global inequality,” Gabriel Zucman, an economist, told the Guardian. “As inequality rises, offshore tax evasion is becoming an elite sport.”

“There is this small group of people who are not equally subject to the laws as the rest of us, and that’s on purpose,” sociologist Brooke Harrington, told the Süddeutsche Zeitung. These people “live the dream” and enjoy “the benefits of society without being subject to any of its constraints.”

Nearly 35 billion lower income people reside in developing nations and have less than US$10,000 in income, with 90 percent living in India and Africa.

“In some low-income countries in Africa, the percentage of the population in this wealth group is close to 100%,” the report states. “For many residents of low-income countries, life membership of the base tier is the norm rather than the exception.”

Meanwhile, those who are at the top of the global wealth pyramid and with an estimated wealth of at least US$ 1 million have a collective wealth of over US$128.7tn. A vast majority of these millionaires live in the United States, Japan, and the UK, with nearly two-fifths in the U.S.

Referring to millennials as “unlucky,” the document states that adults between the ages 20 and 29 are better educated compared to their parents’ generation, yet overwhelming student debt is crippling the generation and preventing them from accumulating wealth, the report points out.

The adults, report states, “faced the rigors of the financial crisis and the high unemployment that followed in many countries, and have also been widely hammered by high housing prices, rising student debt, and increasing inequality.”

Wochit News: “The richest 1% now own a staggering portion of the world’s wealth”