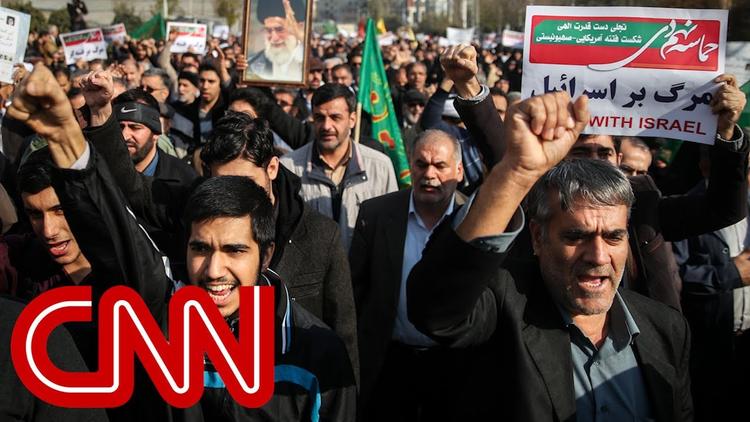 Trump has tweeted as though he cares about the welfare of the Iranian protesters in small towns across that country who are upset about reduced government subsidies for commodities such as eggs and gasoline. His administration tried to prosecute protesters for laughing at VP Mike Pence.

The scattered rallies, mostly consisting of a few hundred people but sometimes swelling to 1,000, continued for a third day.

Here are the reasons for which these statements are hypocritical.

1. If Trump cared about Iranian dissidents, he would welcome those who want to flee to the United States. The more forthright and well known dissidents are at risk of long jail sentences or even death. Instead, Trump has tried to ban Iranians from coming to the United States at all. If he won’t let a grandmother come for her grandchild’s wedding, how much does he care about Iranians?

2. The protesters are protesting economic hardship. But Trump and the Washington Establishment were all for imposing economic hardship on the Iranian public to pressure the government to give up its nuclear fuel enrichment program. Under severe sanctions which Trump doesn’t think severe enough, some families stopped being able to afford imported medicines key to treating a family member. Some of today’s economic problems are rooted in the American deep sanctions and in the GOP Congress’s refusal to lift sanctions on Iranians after the government signed the nuclear deal.

3. Sympathizing with working people facing increased prices is not Trump’s brand, and it is rich for him to pretend to care about them. Trump with his budget law has just plunged millions of Americans living in straitened circumstances into even more dire poverty and is trying to take health care insurance away from 26 million Americans. Trump hasn’t even gotten the electricity back on for American citizens in Puerto Rico because of his racism. So if Trump were in power in Iran, the people in the streets protesting would be treated much worse than they are now.

4. The protesters are complaining about the arbitrary, high-handed and authoritarian way that the clerical regime has run Iran. Trump does not object to any of those policies in principle. He just told the New York Times that as president, he can do anything he wants and it is legal, and that he can suborn the Department of Justice. Trump also wants to outlaw abortion in order to please his base of religious evangelicals and conservative Catholics. That the Iranian clerics make policy on irrational religious grounds is one of the things people mind about them, but how is Ayatollah Trump different?

5. Trump has allied himself, and aligned himself, with the Saudi royal family, which in turn is attempting to undermine Iran. Trump is backing Saudi Arabia’s cruel and useless bombing campaign on poor little Yemen. That any Iranians would see Trump as sympathetic to them beggars belief.