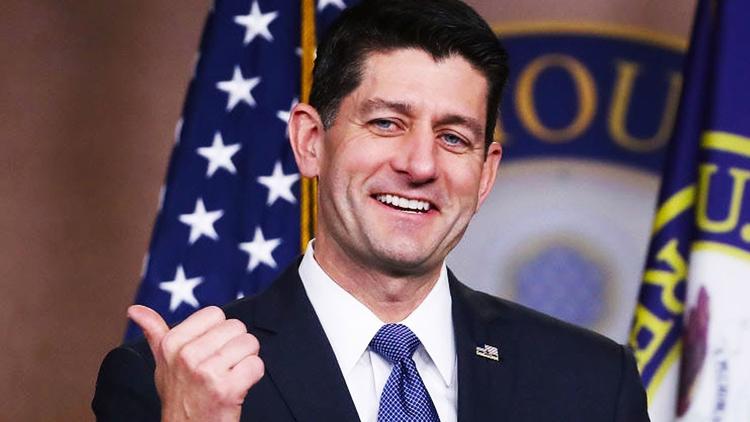 The 60 percent of Americans who believe that the GOP tax package will mostly help the wealthiest among us are right, according to an analysis by the Tax Policy Center.

But will widespread disapproval translate into political costs or electoral losses for Republicans? Will Americans decide they are finally fed up with over half a century of soaring economic inequality and declining tax rates on the rich as income and wealth for everyone else but the wealthiest stagnate?

My students and I have spent this semester reviewing the history of tax reform. It gives us several reasons to be skeptical that voters will punish politicians for the tax plan.

The tax bill may cost taxpayers up to US$2.2 trillion, according to the Committee for a Responsible Federal Budget, and the Joint Committee on Taxation estimates it will only modestly enhance economic growth.

So it should be no big surprise that poll after poll has shown that voters strongly disapprove of this Republican initiative. It is even notably less popular than the last major revision of the tax code – which Congress passed and President Ronald Reagan signed into law three decades ago.

In fact, this is the least popular tax cut in at least a generation.

Only 26 percent of Americans approved of the tax overhaul legislation passed by the House and the Senate, according to a Monmouth University poll taken about a week before both chambers approved a compromise version.

When Pew asked Americans what bothers them the most about taxes, the top two answers were that corporations and the wealthy don’t pay their fair share. Nevertheless, tax rates on the rich keep going down, not up.

Much of the academic research about why Americans tolerate tax cuts for the rich revolves around versions of the “wishful thinking hypothesis.”

The less charitable version of the hypothesis is that Americans are ignorant. For example, in a paper that references the buffoonish cartoon dad from “The Simpsons” TV show, political scientist Larry Bartels tries to explain widespread public support for the Bush tax cuts of 2001 and 2003, which also primarily benefited higher-income Americans. In “Homer Gets a Tax Cut,” he finds that Americans were ill-informed and simply did not make connections between tax policy and inequality.

As Bartels argues, “Notwithstanding the vastness of the stakes, public thinking about this issue seems to have been remarkably superficial.”

Sociologist Isaac Martin recently wrote in the New York Times op-ed section that American ignorance about tax policy isn’t all our fault. His essay describes a decadeslong grassroots campaign begun by banker and philanthropist Andrew Mellon, who served as treasury secretary after World War I, to convince the public that tax cuts for the rich pay for themselves through economic growth – a claim mainstream economists have debunked.

Martin argues that the public needs to re-engage in the tax debate and “reclaim their own populist roots.”

The more charitable version of the wishful thinking hypothesis is that Americans aren’t necessarily ignorant or easily fooled. They are just overly optimistic about their own financial future.

One reason why Americans don’t fight very hard against tax cuts for the rich is that they believe that someday they too might be rich. A 2012 poll by The Hill found that 37 percent of voters think they can become wealthy in the course of their lives, and they may not be far off. Longitudinal income data reveal that 36.4 percent of Americans will likely experience at least one year in the top 5 percent of the income distribution between the ages of 25 and 60 – with an 11.1 percent chance of being in the top one percent.

However, their chances of reaching the top percentiles and staying there are much lower. Only 3 percent of Americans reach the top 1 percent and remain that rich for three or more years.

Studies also show that Americans overestimate economic upward mobility and underestimate the extent of downward mobility. Psychologists Shai Davidai and Thomas Gilovich, the authors of one of the studies, argue that a belief in the system’s fairness and the rewards of hard work may make it possible to accept inequality as a “side effect of a well-functioning economic system that offers more equality of opportunity than equality of outcome.”

Every version of the “wishful thinking hypothesis” posits that Americans fail to grasp fundamental truths about tax policy, the economy and their own self-interest – whether they are being superficial, misinformed, misled or overly optimistic.

Political scientists Kenneth Scheve and David Stasavage offer an alternative hypothesis in their book “Taxing the Rich: A History of Fiscal Fairness in the United States and Europe. ”

Surveying the history of U.S. and European taxation, they find that political support for taxing the rich is the strongest when people believe that higher taxes compensate for some other benefit or sacrifice government imposes on others.

For example, several countries raised taxes on the rich during WWI and WWII. This “conscription of wealth” compensated for the military conscription of the middle and lower classes to fight the wars and helped offset the benefits of wartime profiteering by the rich.

As Scheve and Stasavage explain, history shows that high inequality isn’t enough to trigger tax increases for the rich. They argue that “the rich are taxed when people believe not just that inequality is high but also that it is fundamentally unfair because the deck is stacked in favor of the rich, and the government did the stacking.”

The military draft is a clear-cut example of mandatory unequal sacrifice on the part of middle and lower-income people. Few of the involuntary recruits who fought in World War I, for example, were wealthy. Today’s environment of political favors for the rich and growing income and wealth inequality is far less clear-cut.

While both the “wishful thinking” and “compensatory” hypotheses may help explain the public’s historical ambivalence about tax cuts for the rich, one point the research underscores is that opinions on taxation are formed not just by self-interest or the distribution of “winners” and “losers” but by moral judgments of fairness and procedural justice.

Most Americans may disapprove of this tax plan now, but the coming years will show whether they acquiesce or decide they’ve finally had enough of tax cuts for the rich.