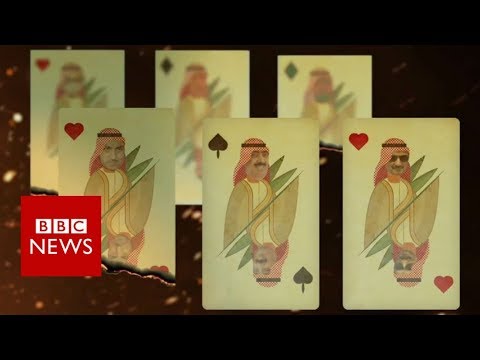 The Kingdom of Saudi Arabia has, in recent months, tightened their blockade on the war-ravaged country of Yemen. The justification for this tightening was the launch of a long-range ballistic missile by Houthi rebels towards the capital city of Riyadh in November. Despite these heavy-handed tactics in Yemen which have been criticized by the UN, EU, and multiple humanitarian organizations, the Kingdom has made a desperate attempt to improve their international image in the past year. US President Donald Trump, although supportive of the intervention, recently made a statement urging Saudi Arabia to end their blockade and allow humanitarian aid into Yemen. As the power within the monarchy shifts, international conflict escalates, internal tensions rise, and the desperate need for economic diversification looms overhead, how will the House of Saud handle the inevitable rough waters ahead?

The Houthi missile travelled almost 1000 km and nearly struck the heart of the Kingdom in the capital city of Riyadh before it was intercepted over the international airport, according to Saudi officials. However, a recent New York Times analysis suggests that the Patriot Missile Defense System failed five times to intercept the missile, which may have merely broke apart due to sheer speed and force. According to the analysis, the warhead of the missile did indeed strike and detonated about 19 km from the rest of the debris as the deadly warhead flew right over the missile defence system. The explosion was about 2 km away from a domestic terminal crowded with civilians.

If this analysis is true, the failure of the Patriot Defense System will surely cast doubt upon the defence capabilities of other countries that rely on it, such as Israel, South Korea, Japan, and Germany. At the same time, this will embolden their enemies, such as North Korea and the Houthis, to further develop their own missile program in order to exploit this weakness. So far, the conflict has mostly impacted the Saudi border regions, in particular, the areas around Najran. However, as the Houthis continue to demonstrate the long-range capabilities of their missiles, nobody in the country will feel safe and the situation will likely continue to escalate.

The House of Saud and their rising star Crown Prince Mohammed bin Salman are not oblivious to global opinions. An extremely strict Wahabbi Sharia Law system, a bloody military intervention in Yemen, and the Machiavellian rise of the Crown Prince to power are only a few things souring the Saudi standing in the eyes of the world. The ongoing crisis in Yemen makes the future look quite bleak, however, the ambitious Crown Prince is attempting to shift focus toward grand visions he wants to accomplish by the year 2030.

One of the most controversial ideas envisioned by the Crown Prince is a shift towards moderate Islam. Saudi Arabia has already taken a step in that direction by recently allowing women the right to drive and gradually stripping most power from the infamous Mutaween religious police force. He also plans to build a futuristic transnational mega-city near the Gulf of Aqaba called NEOM, begin issuing tourist visas to foreigners, and even construct a string of beach resorts where women are allowed to wear bikinis. To help fund this, the Crown Prince plans to sell 5% of the state-owned trillion dollar Aramco oil company to international investors.

All of these ideas seem as if they are a step in the right direction. However, the Kingdom could be jumping out of the frying pan and into the fire. These plans alienate the hard-line Wahabbi clerics who wield significant power and influence in the country. On top of this, Saudi Arabia has already been alienating their oppressed Shiite minority. The sectarian tensions have escalated with the recent siege of the predominantly Shiite city of Awamiyah, where 20,000 civilians have been forced to flee their homes. While external missiles and border clashes near Yemen are proving to be a massive headache for the monarchy, the potential internal conflicts may pose the greatest threat to the House of Saud.

As with Syria, Libya, Afghanistan, and Iraq, the Yemen conflict has devolved into a prolonged bloody conflict. The Saudi-led intervention has created a humanitarian crisis on an unprecedented scale. According to the World Health Organization (WHO) in their October update, there have been a total of 922,704 cases of cholera including 2317 related deaths in the period of only a year. Famine also looms on the horizon for the war-torn country. Yemen relies on imports for 90% of their food, meaning that a continued blockade would result in mass starvation.

This humanitarian crisis is due to Saudi Arabia destroying Yemeni infrastructure with the constant bombing and is exacerbated by the aforementioned blockade. Aid organizations are in desperate need not only food but also fuel to distribute their aid. Last week, eight UN leaders called on Saudi Arabia to fully lift the blockade as the only way to avoid a total collapse and a massive humanitarian tragedy that will potentially cost millions of lives.

The situation has become so dire that President Trump has recently called on his Saudi allies to end the blockade. However, if the Saudis do not react swiftly and effectively enough to these pleadings, a mass famine is inevitable. Even if such a crisis is prevented, the mass cholera epidemic and botched intervention have already left an inevitable black spot upon the reputation of the House of Saud, regardless of how successful their plans for 2030 are.

The House of Saud finds itself in a difficult position at the moment. Inaction and maintaining their comfortable status quo will lead to economic collapse in the event of an oil crash, as well as being overshadowed by rival powers such as Iran. Taking action, on the other hand, may diversify their economy and thrust them into a position of global leadership, but will also strain social tensions within the country and lead to devastating military conflicts abroad. Although the royal family has ambitious dreams for the year 2030, their kingdom may wind up facing a nightmare instead.