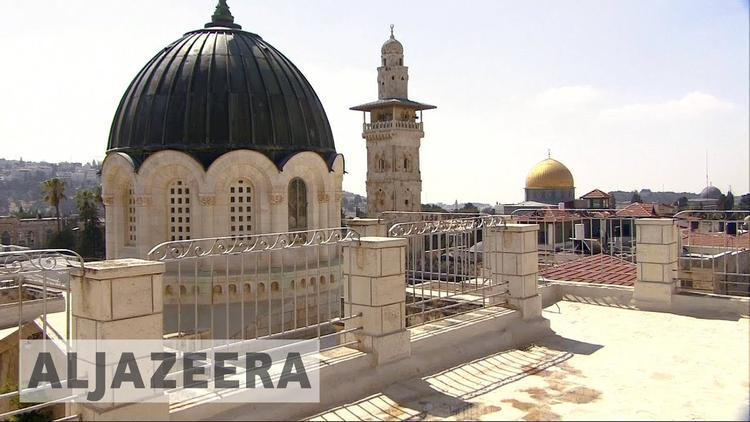 Palestinian Christian religious leaders have decried US recognition of Jerusalem as Israel’s capital as an “insult” to Muslims and Christians around the world.

“We, Palestinians, Christians and Muslims reject the US recognition of Jerusalem as the capital of Israel,” Jerusalem’s Greek Orthodox Archbishop Atallah Hanna said at a press conference in the West Bank city of Bethlehem on Saturday.

“This declaration is an insult to our people and to our just cause,” he said.

He said the US decision was “an insult to Christians and Muslims around the world, who consider Jerusalem as an incubator of their most sacred, spiritual and national heritage”.

Hanna warned that the US decision was “dangerous” to the Palestinian cause.

“The US gave the occupation what it does not deserve,” he said, “Jerusalem is the city which we consider as our capital and an incubator of our holy sites.”

Following a UN Security Council resolution that would have passed unanimously but for a US veto, the UN General Assembly passed a resolution spurning the US move by 128-9 votes.

Turkish President Recep Tayyip Erdogan and other top Turkish officials have been at the international forefront opposing the US move, through sponsoring the UNGN resolution and calling an emergency meeting of the Organization of Islamic Cooperation (OIC), among other measures.

Jerusalem remains at the heart of the Middle East conflict with Palestinians hoping that East Jerusalem — occupied by Israel — might eventually serve as the capital of an independent state of Palestine.

Hanna said Israeli violations targeted all Palestinians, whether Muslims or Christians and their holy sites in Jerusalem.

“Together we will stop the new colonial Trump project which aims to end the Palestinian cause,” he stressed.

Munib A. Younan, bishop of the Evangelical Lutheran Church of Jordan and the Holy Land, for his part, said Jerusalem is the capital of the three religions – Islam, Christianity and Judaism — and the capital of two peoples.

He stressed that the Evangelical Lutheran Church refuses any change of Jerusalem’s historical status.

“Whoever tries to change it [status quo] wants to turn this just cause into a religious war,” he said.

Father Ibrahim Filtis, a Franciscan priest, said the US decision on Jerusalem has brought the Palestinian cause back to the forefront of world attention.

“This is a victory for the Palestinian cause, which is a central issue and the mother of all conflicts,” he said.

Bethlehem’s Governor, Gebrin Bakri, for his part, reiterated the rejection of the 14 churches in Palestinian territories of the US declaration on Jerusalem.

“The US states has decided to support Israel instead of supporting the status of the holy city,” he said.

“Because of this decision, we will not accept the US as a mediator in the peace process,” he said.