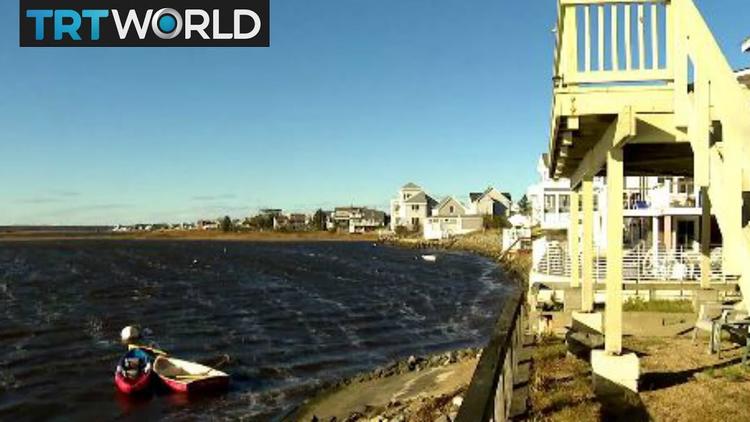 Trump said Thursday that given the cold snap in the northeast, that region could do with some global warming.

As others have pointed out, Trump does not get the difference between climate (long term patterns) and weather (one-off phenomena). The cold snap is weather. The heating up is climate change.

Global heating is, however, only one symptom of climate change. Here are some of the drawbacks for the US Northeast of climate change driven by human beings burning gasoline, natural gas and coal. The EPA has a great page on this, but since I’m afraid that Pruitt will take it down, I mirrored it at my own site.

. . . the increase in flooding caused by sea level rise this century could cost up to $94 billion from damage to buildings, loss of building contents, and associated emergency activities, depending on the amount of sea level rise and adaptation measures taken.

One side effect of increased global heating is that rainfall will increase.

So here are the top drawbacks for the Northeast of climate change, which rather cast into the shade a mere cold snap or two.

1. Sea Level rise: “Millions of Northeastern residents live near coastlines and river floodplains. . .” the EPA points out. The sea level has already risen 1 ft. since 1900. It will go up at least another 4 ft. by the end of this century and it could be more in the Northeast. All of this raises the specter of flooding and even another Hurricane Sandy. Regularly.

2. Increased rainfall and consequent flooding in fall and spring. Leeching of sewerage into drinking and sea water during extreme storms.

3. Crops, farm animals and dairy production will be harmed by higher temperature.

4. Warm waters will allow now-exotic diseases to spread among marine life such as lobsters.

5. Winter tourism, now earning $7.6 bn a year for the region, would be devastated by shortened winter snow seasons.

6. Asthma will be more widespread

Temperatures went up 2 degrees F. in the century after 1895, and will go up by another 4.5 degrees by 2080. We caused this by driving gasoline cars and heating our homes with natural gas or coal.