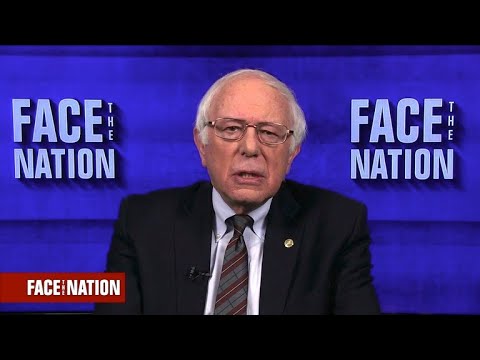 In fact, if the GOP tax plan becomes law, we may be looking at a future where our 1,600 richest hold more wealth than the nation’s entire middle class.

The wealth of America’s middle class, under siege for four decades, is now hanging on life support. That life will end if the basic Republican tax plan, as now envisioned by House and Senate majorities, ever becomes law.

In 2001, according to the Federal Reserve’s recently released Survey of Consumer Finances, the most systematic official survey of who owns what in the United States, the nation’s Middle 40 held 15.2 percent of the country’s wealth.

The new century has not been kind. By 2016, that share had dropped to 10.6 percent, a figure that leaves the entire Middle 40 — about 128 million Americans in all — sharing slightly less wealth than the 32,000 exorbitantly wealthy individuals who make up the nation’s richest .01 percent. In other words, each American in that top .01 percent holds as much wealth as 4,000 of the Americans in the Middle 40.

Those provisions in the GOP tax plan that reduce the tax benefits that come with mortgage interest and property tax payments and increase the effective tax homeowners pay when they sell their homes will depress the wealth of the middle class much more than the wealth of the wealthy.

How much more can the middle-class share of America’s wealth sink? If the trends we’ve seen so far in the 21st century continue — and if we see no policy changes that could arrest or reverse those trends go into effect — we can expect that Middle 40 share to sink down to 6 percent by 2031. The top 0.01 share, meanwhile, would rise and hit 12 percent, twice as much wealth as the entire Middle 40.

Not good. Even worse: The major policy change that may soon go into effect — the GOP overhaul of the tax system — will accelerate the trends we’ve been witnessing. If the Republican tax plan becomes law, Americans in the Middle 40 won’t just see their share of national wealth continue to slide. They’ll see their actual wealth tumble as well.

The Republican tax plan will engineer this tumble in at least two critical ways.

First, the plan favors certain categories of income while disfavoring others. The cuts the GOP plan makes in the corporate tax rate and the rate of tax on rental income will drive up the value of stocks and rental properties. The value of owner-occupied housing, on the other hand, will likely shrink because the tax plan reduces the tax benefits that come with home ownership.

Who owns the vast bulk of the nation’s stock? Wealthy Americans. The Republican tax plan favors these assets. Unfortunately for the Middle 40, middle class wealth — what’s left of it — rests in the equity middle class people have in their homes.

Consequently, those provisions in the Republican tax plan that reduce the tax benefits that come with mortgage interest and property tax payments and increase the effective tax homeowners pay when they sell their homes will depress the wealth of the Middle 40 much more than the wealth of the wealthy.

Even a modest reduction in home values, we need to keep in mind, can cause a significant contraction in home equity, the wealth that a home represents. One example: A family owning a $350,000 home subject to a $250,000 mortgage would lose 35 percent of its home equity if the home’s value decreased by 10 percent.

The polls and the tax bill: Americans see themselves as victims of a heist

Reason two why the GOP tax plan will send middle class wealth tumbling: Republicans plan on using the budget deficits their tax cut creates as a rationale for cutting Social Security, Medicare, and other programs essential to America’s middle class.

At least five congressional Republican leaders, the Center on Budget and Policy Priorities reports, were speaking openly about the need to cut social programs even before the Senate tax bill even had been voted on. Moreover, the Republican tax plan’s widening of the deficit will by current law trigger automatic spending cuts, including a $25 billion per year cut to Medicare.

Cuts to Social Security and Medicare benefits will force beneficiaries to tap other family resources, a dynamic that would drive down their wealth. Reductions in Pell Grants will force students to incur additional debt to complete their education. Those additional student loans will typically take decades to repay, in the process reducing the net worth of students for years after they graduate.

Reductions in Medicaid will impact the Middle 40 more indirectly. Many middle class Americans have parents who qualify for Medicaid assistance with nursing home care. With Medicaid cut, these middle-class households would have to tap their own modest resources to fund the care their parents require.

Where will all that leave the Middle 40, the wealth group that most nearly represents America’s middle class? We cannot, of course, project precisely.

Nor can we project precisely how much richer America’s already rich will become under the GOP tax plan. But here’s a reasonable estimate: By 2031, a relatively small band of billionaires — our richest 1,600 Americans, the nation’s top 0.001 percent — the nation’s 1,600 richest billionaires — will hold a collective net worth greater than the entire Middle 40.

In other words, the Republican tax plan will have completed the destruction of middle class American wealth.