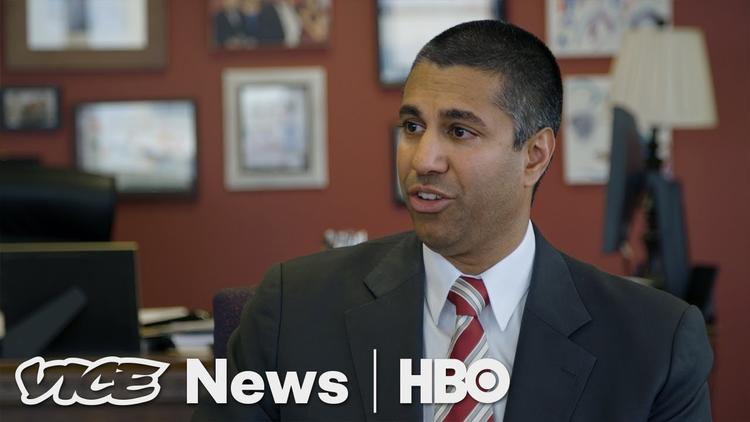 Earlier this year nearly 200 Internet engineers and computer scientists sent a letter to the FCC that explained facts about the structure, history, and evolving nature of the Internet. The reasons we laid out in that letter for writing it then still apply to the draft now:

Based on certain questions the FCC asks in the Notice of Proposed Rulemaking (NPRM), we are concerned that the FCC (or at least Chairman Pai and the authors of the NPRM) appears to lack a fundamental understanding of what the Internet’s technology promises to provide, how the Internet actually works, which entities in the Internet ecosystem provide which services, and what the similarities and differences are between the Internet and other telecommunications systems the FCC regulates as telecommunications services.

Unfortunately it looks like the FCC ignored the technical parts of that letter, because the FCC’s latest plan to kill net neutrality is still riddled with technical errors and factual inaccuracies. Here are just a few.

The biggest misunderstanding the FCC still has is the incorrect belief that when your broadband provider sells you Internet access, they’re not selling you a service by which you can transmit data to and from whatever points on the Internet you want. Citing a past order, the FCC demonstrates this misunderstanding by claiming that “[e]nd users do not expect to receive (or pay for) two distinct services—both Internet access service and a distinct transmission service, for example.”

This false distinction between “Internet access service” and “a distinct transmission service” is utterly ridiculous and completely ungrounded from reality. As the FCC would have it, there is some sort of “transmission” that is separate from the Internet that ISPs provide access to.

The FCC needs to realize that the Internet is nothing more than transmission between interconnected machines. The FCC’s understanding of the Internet borders on the mystical, as if the Internet itself were some vaguely defined other realm that an ISP opens a portal to. But there is no other realm, only a collection of networks, including the ISP’s networks. There’s no Internet separate from accessing the Internet; the Internet is just machines accessing each other. It’s worrying that such a mischaracterization may be the basis of a federal regulation that will have wide-ranging effects.

Besides not understanding how Internet access works, the FCC also has a troublingly limited knowledge of how the Domain Name System (DNS) works—even though hundreds of engineers tried to explain it to them this past summer.

Citing back to language dating from the days of Bell Operating Companies, the FCC claims that DNS functions similarly to a gateway. “We do, however, find similarities between functionalities such as address translation and storage and retrieval to key functionalities provided by ISPs as part of broadband Internet access service, and we conclude the court found such gateway and similar functionalities independently sufficient to warrant an information service classification under the MFJ.”

Here’s the thing: “address translation” and “storage and retrieval” are fundamental parts of any software implementation; these implementation details have little to do with the service that a system provides. DNS is a fundamental piece of the transmission puzzle. Code translation is a general purpose technique. Every machine translates IP addresses from machine-order to network-order; that doesn’t make every translation point a gateway.

What’s more, the FCC still thinks that “the absence of ISP-provided DNS would fundamentally change the online experience for the consumer.” Although it admits that “ISPs are not the sole providers of DNS services,” it still thinks that DNS is “indispensable to the broadband Internet access service customers use—and expect—today.” As the FCC would have it, an Internet user actively expects their ISP to provide DNS to them.

But that’s hardly the case. Most users don’t know what DNS is, let alone expect that their ISP provides it. As for users who know enough about DNS to have expectations about who provides it, many choose to use third-party services for their speed and value-add functionality separate from the name translation service. ISPs choose to point users to their own DNS service; they could just as easily point to a third-party service instead of their own, and users would rarely ever notice a difference.

The FCC is also confused on the matter of caching. Like DNS, it treats caching as if it were some specialized service rather than an implementation detail and general-purpose computing technique. In its discussion of Web caching services, which the earlier Notice of Proposed Rulemaking asked for commentary on, the FCC included an irrelevant line about the general computing technique of caching which is usually used as part of implementing a DNS service. This implementation detail certainly has no bearing on either Web caching or DNS as services, and shows how little it understands these services on the whole.

Since the FCC cites them, it clearly read the multiple comments stating that over 50% of Web traffic is now encrypted. Yet, it sticks to the assertion that “truly pervasive encryption on the Internet is still a long way off, and that many sites still do not encrypt,” and use that to dismiss “assertions in record that suggest that ISP-provided caching is not a vital part of broadband Internet access service offerings, as it may be stymied by the use of HTTPS encryption.”

Although the FCC tries to claim that offering web caching is an integral part of the functionality that ISPs provide, this is not the case. In fact, Sonic, a San Francisco-based ISP, does not run web caching equipment for its customers (although they do host a number of boxes from non-affiliated CDN platforms, including the Google Global Cache, Netflix OpenConnect, and Akamai—but they don’t operate those boxes).

And if the FCC doesn’t understand the Internet in general, it understands mobile telephony and broadband Internet access even less.

The FCC Doesn’t Understand How the Phone System Works

The FCC’s apparent understanding of the phone system seems to be stuck in the days of rotary phones. For users on a modern American network, voice calling is just one of many applications that a phone enables. If the user has poor signal, that voice call might travel at some point over the circuit-switched PSTN, but it might also never leave a packet-switched network if it’s sent over VoIP or LTE/EPC.

To make its case, the FCC cites its Wireless Broadband Internet Access Order from 2007, saying that “‘[m]obile wireless broadband Internet access service in and of itself does not provide the capability to communicate with all users of the public switched network’ because it does ‘not use the North American Numbering Plan to access the Internet, which limits subscribers’ ability to communicate to or receive communications from all users in the public switched network.’”

Modern phone users may be shocked to hear that assertion, given the proliferation of VoIP apps that will dial an NANP number over the Internet without a problem.

Further, the FCC completely ignored the fact that mobile carriers are deploying technology which unifies the underlying infrastructure which makes up the public switched telephone network and the Internet on their networks. This omission is so egregious, we had to write them a separate letter just to get the facts into the record.

There are at least two possible explanations for all of these misunderstandings and technical errors. One is that, as we’ve suggested, the FCC doesn’t understand how the Internet works. The second is that it doesn’t care, because its real goal is simply to cobble together some technical justification for its plan to kill net neutrality. A linchpin of that plan is to reclassify broadband as an “information service,” (rather than a “telecommunications service,” or common carrier) and the FCC needs to offer some basis for it. So, we fear, it’s making one up, and hoping no one will notice.

We noticed. And we need your help. The one group Chairman Pai might listen to is Congress—after all, Congress has oversight authority over the FCC. If enough members of Congress signal to Pai that his plan will cost them at the ballot box he might just get the message—and reverse course before it’s too late.