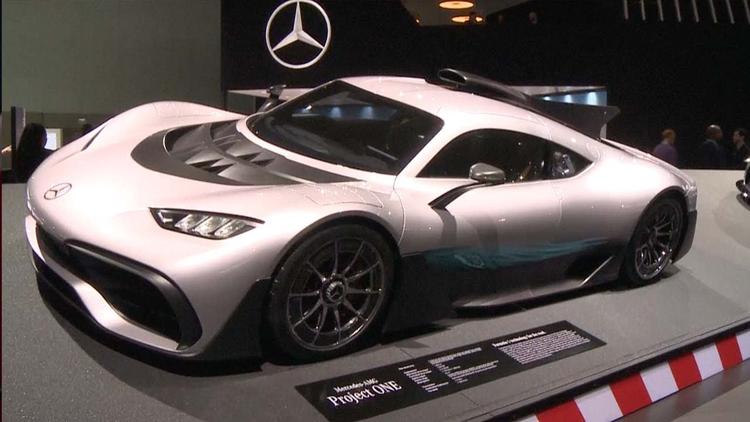 The Guardian reports on a new study showing that right now, in 2017, owning and operating a purely electric car such as the Chevy Bolt or a Tesla 3 or a Nissan Leaf is cheaper than operating a gasoline/ petrol automobile. For the moment, the researchers said, government subsidies play a role in this outcome. But they expect EVs to outperform internal combustion engines in the very near future even without subsidies.

This is a wonderful study and I don’t mean to cavil, but the framing of these matters in the press annoys me a little. Such studies seldom take into account that the consumers may have solar panels on their roofs or may be in Iowa or Texas in a high-wind town. ( Texas now gets more of its electricity from wind than coal, and Iowa gets fully a third of its electricity from wind.) Likewise new infrastructure like high capacity transmission lines are coming on line.

They say that generic electricity is roughly 10% cheaper than gasoline. But my electricity bill for the past few months has been $14 a month because of my solar panels and so the cost of fuel for an electric car in my house in recent months is near zero. So that makes the electric car *way* cheaper than a gasoline-fueled one. Like $2.40 and gallon versus 2 cents a gallon or something.

You still see these journalistic pieces, whether done from ignorance or collusion, saying that whether electric cars are green depends on the energy mix in the consumer’s state. That is not true. All electric cars emit less CO2 than all gasoline cars, regardless of state. But it is also important to know whether that individual consumer has solar panels, since ipso facto their EV is green.

The other thing that has to be mentioned is that US energy economics as typically done is a fraud. The economists do not take into account what they call externalities. Gasoline automobiles put out pollution that causes global warming and also causes health problems– lung cancer, heart attacks, etc. So if you live in Miami and drive a gasoline car, you are destroying the value of your property because you’re making the sea level rise, and you are also killing your uncle with your fumes. those things are every bit as much a cost of operating the vehicle as the cost of gasoline when you fill up.

If you put in the value of Florida real estate we’ll lose to climate change, electric cars are a fraction of the cost of internal combustion ones. Same goes for taking into account asthma, hear attacks, cancer etc. Every time you fill your gasoline car up you are exposed to carcinogenic fumes. I used to go stand a little distance from the pump. EVs don’t have that problem.

Incidentally, if you own your home and don’t have solar panels on your roof, and you plan to be there 10 years or more, you are also losing money on that.

The study also did not seem to take account of the financial liabilities attached to the oil industry. Moody’s is preparing to downgrade the credit score of cities that aren’t putting in wind and solar energy.

Opponents of green energy (do they hate their grandchildren?) sometimes still trot out the argument that solar and wind are intermittent resources– that is, the sun does not shine at night and the wind does not blow all the time. But first of all there is often more wind at night, so you can feed in the one source as the other declines through the day. Second of all, batteries are making enormous strides. Elon Musk just put one in for Australia in 100 days that will take care of 30,000 homes.

Likewise Samsung just came up with a way to use graphene in batteries to speed up recharging time from 75 minutes to only 15 minutes.