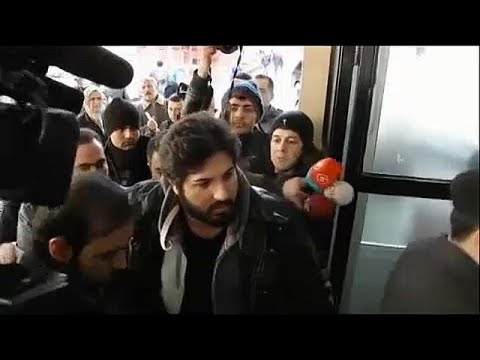 After winning an April referendum to greatly enhance the powers of his office, Turkey’s president, Recip Tayyip Erdoğan, spent 2017 pursuing his ultimate priority: to formally cement and extend his one-man rule, which he can next do at the 2019 elections. This he has done with a mixture of political manipulation, opportunistic populism, and Orwellian doublespeak.

While the Turkish president is officially meant to be politically neutral, there has never been much pretence that Erdoğan isn’t still fighting the corner of his “former” party, the AKP. And over the course of 2017, this has only become more apparent. He is using the AKP and various state institutions under his influence as lighting rods for criticism that might otherwise be directed at him.

He has something to say about anything and everything – from tax policy to window tinting on cars to the number of foreign football players allowed in professional squads, nothing escapes his hawkish pronouncements. The pattern is consistent: a state body or the government comes in for criticism, and then Erdoğan the patriarch steps in to clear up the mess and appease the people.

This year’s most striking example was an autumn argument over tax hikes. The Turkish economy has lately been showing signs of weakness. While growth figures have looked good for the last 15 years, political turbulence coupled with an unproductive consumption- and construction-centric economy has brought the Turkish Lira to sobering lows against the Dollar, Euro and Pound.

In a bid to address this problem, the parliamentary government announced legislation to increase taxes from January 2018, the most controversial of which was a proposed 40% tax on motor vehicles.

After a public outcry, Erdoğan flaunted his influence by publicly suggesting the tax increase be limited to 15-20%. While the net result is an increase in taxes, the public announcements in Turkish are presented as a tax cut brought about by Erdoğan’s influence. This adds to the overall impression that Turkey’s authoritarian drift is taking on distinctively Orwellian characteristics.

The referendum result in April was very narrow and heavily disputed. The upshot is that if Erdoğan wants to secure his position for the long term, he needs to win over the less amenable secular and republican portion of the polarised electorate who voted against his plans.

For years, high-profile figures from the religious AKP controversially did not attend public celebrations of secular-republican events, including key anniversaries: the founding of the Ankara parliament (April 23), the start of the War of Independence (May 19) and the declaration of the republic (October 29). But ever since the party’s Abdullah Gül became president in 2007, the government has downplayed these events and even banned large assemblies commemorating them on public-protection grounds – even as it organises large rallies to mark the opening of bridges and roads, or to celebrate the defeat of 2016’s bizarre pseudo-coup.

Similarly, Erdoğan long refused to refer to the first president of Turkey by his legal surname, Atatürk, preferring instead Gazi Mustafa Kemal – a name with pre-republican, Ottoman and military overtones. But more recently, Atatürk has been mentioned more warmly in the pro-AKP press and by Erdoğan himself. This is an attempt to appear conciliatory to the secular voter without losing ground with the AKP’s base, who may take a dim view of attempts to build bridges with the “wrong” people.

So far, whitewashing the past and bending the truth appear to have little bearing on voting behaviour by the AKP base. Its members rallied behind the president after he was accused of corruption and took his side in the developing rift with exiled cleric and Erdoğan critic Fetullah Gülen from 2013 onwards. The AKP’s years of association and alliance with the Gülenists simply were swept under the carpet and replaced with civil, political and military purges; to be labelled a Gülenist today is as good as being labelled a terrorist.

Having it both ways

All this doublespeak and electoral expedience does not mask Erdoğan’s march towards further authoritarianism. The Orwellian manoeuvrings are happening in the face of palace diktats which force powerful mayors out of office, among them Ankara’s 23-year leader Melih Gokcek. Added are issues such as that of Reza Zarrab, the Turkish-Iranian citizen on trial in the US for breaching sanctions to Iran and a central figure in the corruption allegations of 2013.

The Zarrab case brought out the latest example of Erdoğan’s doublespeak. On December 3, he denounced businessmen moving assets out of Turkey as traitors, then followed up the next day with a speech indicating that he was against new regulation on capital transfers, and that anyone should be able to move money as they wish.

It’s hard to tell if this was an attempt to rally a broad base of support, or whether the president simply realised that further capital controls might make it harder to clean up Turkey’s reputation for kleptocracy and deep corruption. Either way, the truth is, as ever, opaque and subject to manipulation.

With the aid of a variously muzzled and compliant media, political purges, elections held under states of emergency, and plain old cronyism, Erdoğan is doing everything in his power to achieve the final push towards absolute authority. Superficially, he carefully and selectively accepts blame for the party’s failures and remains open to the secular part of Turkish society – but nevertheless, the whole nation is increasingly identified with one man. And that is nothing short of dangerous.