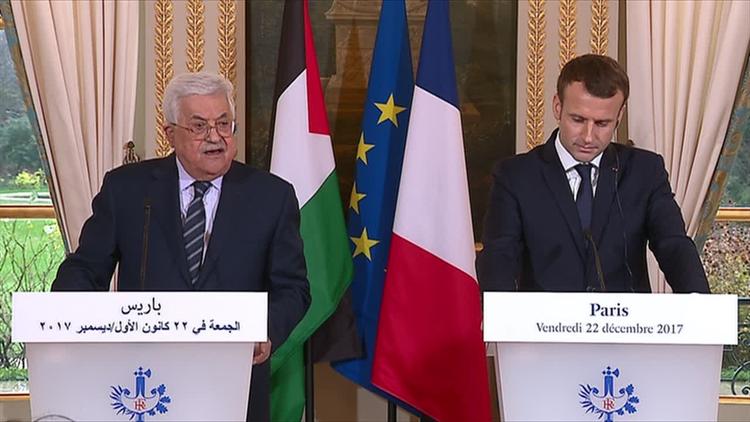 Palestinian President Mahmoud Abbas called the U.S. government “dishonest” and said he will “no longer accept any (peace) plan” from them.

One day after the United Nations voted to revoke the U.S. government’s inflammatory decision to recognize Jerusalem as Israel’s capital, Palestinian President Mahmoud Abbas has said he no longer views the “dishonest” nation as a mediator between his government and Israeli authorities.

“The United States has proven to be a dishonest mediator in the peace process and we will no longer accept any plan from the United States,” Abbas said after meeting with his French counterpart, Emmanuel Macron, in Paris.

He criticized U.S. President Donald Trump and his ambassador to the UN, Nikki Haley, for hurling threats at General Assembly members prior to the vote, conditioning financial aid to lapdog adherence to orders meted by the boys in Washington.

While Macron took care to avoid acknowledging Palestine as a free, independent state, opting to say that France will make a decision “at the right time,” he shared Abbas’ sentiments on U.S. policy in the region.

“The Americans have marginalized themselves and I am trying not to do the same thing,” Macron said, noting that Washington’s mistake was to “want to unilaterally manage from afar a situation whose solution is in the hands of the Israelis and Palestinians,” according to Haaretz.

Taking a more diplomatic approach, the French president has committed himself “very clearly to doing everything” in his power to further peace. He wrapped up his comments by saying he plans to visit the Palestinian territories in 2018, according to PressTV.

Abbas praised Macron for his statesmanlike outlook, responding that he has the “trust” of Palestinian authorities which “respect the efforts made by you and we count heavily on your efforts.”

The international community has galvanized in protest after Trump, going one step further than his predecessor and other former presidents, announced plans to move the U.S. embassy from Tel Aviv to Jerusalem.

Demonstrations have been held in Palestine, Lebanon, Indonesia, Colombia, France, the United States and elsewhere.

France 24: “Mahmoud Abbas: “The United States have excluded themselves from the political process”