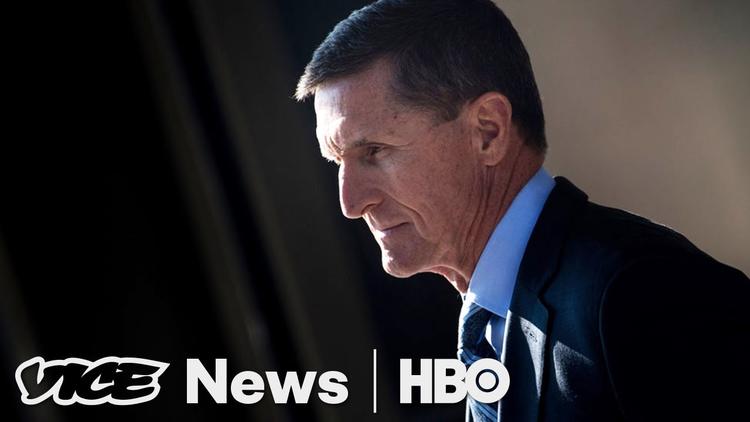 Trump got three pieces of bad news on Friday, along with the one good piece of news that he managed to lower taxes on himself and his billionaire cronies as the expense of health care for working people.

The first piece of bad news is that former national security adviser Michael Flynn pled guilty to lying to the FBI about his contacts with Russian ambassador Sergey Kislyak.

The second piece of bad news is that Flynn is apparently maintaining that he was used as a go-between to Russia by senior Trump aides Jared Kushner and former deputy security adviser K. T. McFarland. If Flynn was a go-fer instead of a mastermind, it means that Kushner and Trump might be the masterminds.

The third piece of bad news is that Flynn is not being charged with a full range of crimes, including conspiring to kidnap Turkish religious leader Fethullah Gulen, in exile in Pennsylvania, and send him back to his arch-enemy and former ally, Turkish president Tayyip Erdogan. Lying to the FBI, a relatively minor accusation, is the only charge being brought. This prospect means that Flynn has made a bargain with Robert Mueller to stay out of jail if he agrees to roll over on his paymasters.

The FBI’s indictment yesterday vindicates some of the analysis done on Flynn here at Informed Comment way last spring. I reprint one of my essays on this issue from that time:

Here is what I wrote last March:

Was Michael Flynn Russia’s “primary channel of communication with the Trump team”?

Former National Security Adviser to president Trump, Lt. Gen. (ret.) Michael Flynn, has allegedly offered to testify before the House Intelligence Committee on Russia’s role in the US election, on condition that he is granted immunity from prosecution.

This development could be important, because Flynn was called by Russian analyst Vladimir Frolov, known for pro-Moscow journalism, one of “primary channels of communication with the Trump team” for the Russian government.

Frolov’s assertion was given some weight by the reactions in Moscow to Flynn’s firing in mid-February, according to the Moscow Times:

“Konstantin Kosachev, the head of the foreign affairs committee in the upper house of the Russian parliament, wrote that ‘Russophobia had permeated the White House.’

Duma deputy Alexei Pushkov tweeted that ‘it was not Flynn who was targeted but relations with Russia.’

That such high level Russian government officials complained so bitterly about the loss of their asset, Flynn, is more than suspicious. Pushkov seems to have thought that US-Russian relations depended on Flynn being on the NSC.

Flynn had visited Moscow in 2015 and was seated with Vladimir Putin at a gala in celebration of the founding in 2000 of Russia Today, the Russian government-owned cable news channel. Flynn was allegedly paid tens of thousands of dollars for this appearance. Since he is a retired general, he should not have taken money from a foreign government and/or should have reported it, since officers can always be called back up.

On Feb. 23, Viktor Olevich wrote in Izvestia, according to BBC Monitoring, that Trump letting Flynn go was “a sign of weakness.” He added that Flynn believed that the US could not simultaneously confront China, Iran and other threats and also handle Russia. Olevich wrote,

“In terms of America’s national interests Flynn was an advocate of detente in relations with Moscow . . . He saw opportunities for fruitful cooperation with Russia in the fight against Islamist terrorist groupings in the Middle East. At the same time, the retired general pursued the goal of driving a wedge between Moscow and Tehran, of detaching Russia from its strategic partners and allies.”

So Flynn is alleged by this Russian pundit to have sought, by his contacts with Russia, to detach Moscow from Tehran and to free the US to concentrate on China.

VICE: Trump Has A Lot To Be Worried About Now That Flynn Is Talking (HBO)