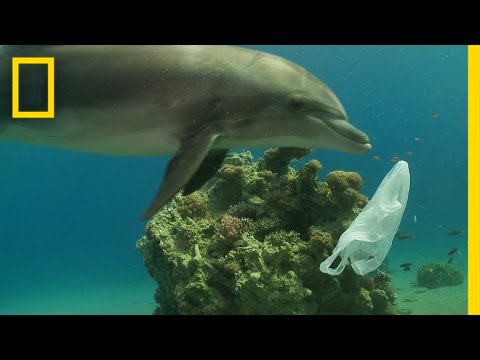 Major chemical and petroleum companies knew about the copious amounts of water pollution caused by them as far back as the 1970’s.

Oil giants will put colossal funding in plastic production raising the production by 40 percent over the next decade, and in turn risking a “permanent pollution” scenario in water bodies, a study released by the Center for International Environmental Law (CEIL), earlier this month, concluded.

In recent years, there has been a rise in gas exploration which has caused the price of natural gas liquids, which is used to make plastic, to drop significantly, resulting in many companies beginning over 300 plastics production projects since 2010.

Fossil fuel companies, including Exxon and Shell Chemical, have poured over US $180 billion to help create the plastic facilities that would spike production by 40 percent over the coming years, the American Chemistry Council, a trade organization noted.

“We are increasingly smothering ecosystems in plastic and I am very worried that there may be all kinds of unintended, adverse consequences that we will only find out about once it is too late,” Roland Geyer, from the University of California and Santa Barbara, who led the project, told the Guardian.

The CEIL has compiled several reports about the plastics industry since September.

Per the report, in 1950, at the time that plastic was first mass-produced, nearly 2m tons was manufactured, whereas in 2017, that number has multiplied to 8.3b tons. The report projected that plastic production would reach 34bn by 2050.

“We could be locking in decades of expanded plastics production at precisely the time the world is realizing we should use far less of it,” Carroll Muffett, president of the Washington-based CEIL, told the Guardian.

“Roughly half of all the steel we make goes into construction, so it will have decades of use – plastic is the opposite,” Geyer said. “Half of all plastics become waste after four or fewer years.”

“Around 99 percent of the feedstock for plastics is fossil fuels, so we are looking at the same companies…that have helped create the climate crisis,” Muffett said. “There is a deep and pervasive relationship between oil and gas companies and plastics.”

Major chemical and petroleum companies knew about the copious amounts of water pollution caused by them as far back as in 1970’s.

“Several of the studies in this workshop were funded or studied by scientists at Esso, Chevron, and the American Petroleum Institute. Their participation in this conference indicates that the petrochemicals industry knew, or should have known, of the presence of plastic in such ocean surveys no later than 1973,” the study noted.

The CEIL warned that the rise in plastic production will lead to insurmountable levels of waste in the sea in the coming decades.

“All this buildout, if allowed to proceed, will flood the global market with even more disposable, unmanageable plastic for decades to come,” Steven Feit, an attorney with CEIL, said, Common Dreams reported.

How We Can Keep Plastics Out of Our Ocean | National Geographic