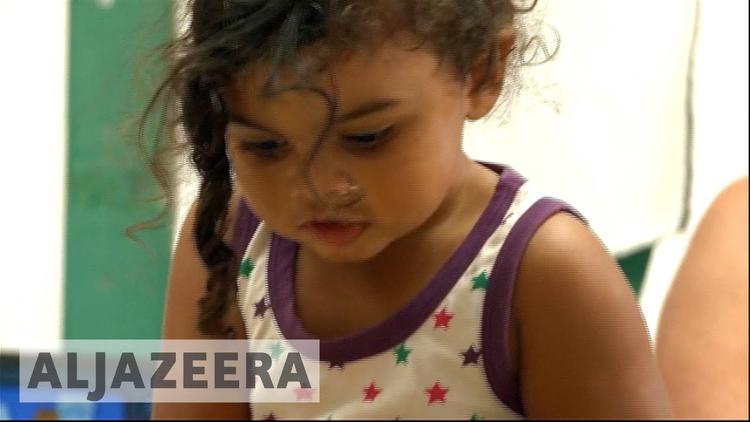 Puerto Rico’s governor, Ricardo Rosselló Nevares, sent a letter to all the members of Congress yesterday, begging on bended knee for a supplemental disaster aid appropriation.

That he had to write this letter is a profound embarrassment to the United States, since he had to remind the federal legislators that the 3.4 million residents of Puerto Rico are US *citizens*.

“No governor,” he said, “should be in the position of having to negate hope after a catastrophic disaster, owing to the inaction of Congress.”

He pointed out that “American citizens living in Puerto Rico …have been struck this year by two of the most catastrophic hurricanes in the modern history of the Island.”

Some 150,000 Puerto Ricans have been forced to leave the islands for the mainland because of lack of basic services like electricity and potable water, or 4.4% of the population!

Only 64% of the electricity has been restored, and clean water is also still not available to everyone.

But here is the kicker. Not only is it doubtful that Puerto Ricans will get the aid they deserve as Americans, but the tax bill the Republican Plutocrats are in the process of passing screws them over big time.

The bill treats American firms investing in and operating in Puerto Rico as though they are in a foreign country.

“Rosselló said the compromise bill includes a 12.5 percent tax on “intangible assets” of U.S. companies, such as a pharmaceutical patent produced in Puerto Rico, and a minimum of a 10 percent tax on companies’ profits abroad. “They are treating Puerto Rico as a foreign jurisdiction so they are levying a full tax,” he said.

Puerto Rico’s problems come in some part from congressional tax policy. The islands lost their favorable tax status in the 1990s with the “contract on America” GOP congress, and also suffer from lack of favorable treatment in shipping tariffs.

I fear there is only one explanation for why Puerto Ricans, who are US citizens, are being treated this way by the Republican Party. It is that the GOP is latently white supremacist and that colors how they see such matters.