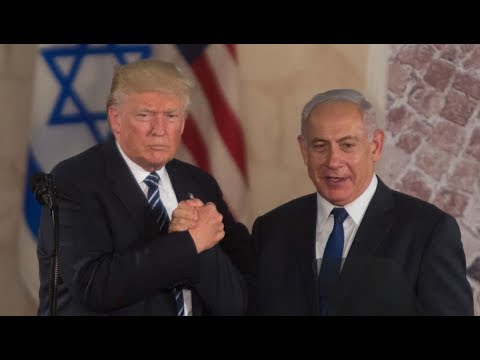 White House officials, who spoke on condition of anonymity, suggested an announcement would be made early next week. Critics immediately warned such a move could prompt widespread Palestinian protests.

U.S. President Donald Trump is reportedly considering recognising Jerusalem as the capital of Israel in an official announcement next week, a move being hailed as detrimental to Palestine, and one which could derail the already delicate peace process.

White House officials, who spoke to the press on condition of anonymity, suggested Thursday that an announcement would be made early next week. Critics immediately responded by warning that such a move would likely prompt widespread Palestinian protests.

While the White House plans have yet to be finalized, U.S. embassies are already warning host governments across the world to prepare for possible action, according to a report in The Independent.

Meanwhile, ABC News suggested the “highly charged declaration that risks inflaming tensions across the Middle East” is a way to offset a likely decision delaying his campaign promise to move the U.S. Embassy to the holy city from Tel Aviv.

Officials told ABC the outlines of Trump’s plan emerged from a meeting of his top national security advisers at the White House Monday. Trump, who was expected to drop by the meeting for 15 minutes, instead stayed for an hour and grew increasingly animated during the session.

The White House is considering a presidential statement on Jerusalem by Wednesday, according to the officials and an outside administration adviser, ABC reported. Another possibility involves Vice President Mike Pence, set to travel to Israel in mid-December, making the announcement during his trip.

“No decision on this matter has been made yet,” State Department spokesman Heather Nauert said Thursday. On Wednesday, White House spokesman Sarah Sanders described an earlier report saying Trump would order an embassy move as “premature.”

The Real News: Trump Plans to Move US Embassy to Jerusalem: Paul Jay and Max Blumenthal