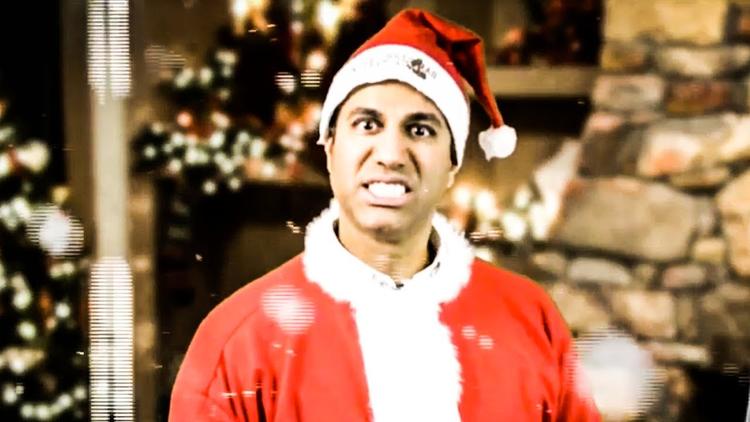 This web site amounted to anything because of net neutrality, which I prefer to call internet liberty. That liberty is now going or gone.

The internet was originally based on the principle that everyone’s web site is as easily reached by users as everyone else’s. All nodes are equidistant from all other nodes.

So when George W. Bush and his cronies invaded and occupied Iraq, whispering a lot of sweet nothings in the ears of the US public, my daily reports of events in Iraq as conveyed in Arabic news sites were immediately accessible to anyone who cared to read me.

Public spirited people could reach my site as easily as they could reach corporate sites like that of MSNBC, then a collaboration of NBC Universal and the Microsoft corporation. MSNBC prepared for the coming Iraq war by firing liberal anchor Phil Donohue, because they knew he would be critical of the war, and the big corporations either wanted the war or were afraid of crossing Bush and his vindictive gang.

In April of 2004, when the Mahdi Army of Muqtada al-Sadr staged an uprising against the US military, took over all the police stations in Baghdad and the Shiite south, and kicked the Ukrainian military off their base, I could report on all this from Iraqi (and Iranian) news sources and the speeches of their leaders and politicians, translating the Arabic and Persian into English.

I got a million page views that month, and even some pundits who did not like my views very much said things like that my coverage was better than that of the New York Times. (I don’t say that myself, but others did.)

My web site at that time was being run on blogger.com, which cost nothing. I had to pay for my internet address registration. But I really had almost no costs. I did not at that time take or want advertising. I considered the blog an extension of my teaching at a public institution, the University of Michigan, which had hired me to tell people about the Middle East. (I now do have costs, and am turning this site into a magazine, but that was a different time. If you like this site, please consider donating to it. Also given the way things are going, you probably should subscribe by email if you like getting the articles).

So in 2004 you could not get more grass roots or humble than this operation. And people could read my site as easily as they could read the news at the site of the pro-war Fox Cable News (the owner of which, Rupert Murdoch, promised everyone $14 a barrel petroleum if the US took over Iraq. The price went on up to $110 a barrel before falling to $40-50 a barrel more recently.)

But the internet service providers– corporations such as Verizon and Comcast, were deeply unhappy about the neutrality, the liberty of the internet. They would like to charge MSNBC millions of dollars a year to deliver their news site to the public. What they have in mind is to create lanes on the internet– fast lanes and slow lanes.

It has been demonstrated that if a web site takes a little longer than usual to download, readers simply close the page and go on to another site. So the sites slotted into the slow lane over time will lose all their readers.

And you get slotted in the slow lane because you cannot pay the millions for delivery of your site that MSNBC or Fox can.

In other words, fast lanes and slow lanes wipe out the diversity of the internet and deliver it into the hands of a few billionaires and of governments such as the Russian Federation, who can pay for a fast lane.

It would be as though all highways in the US cost $1,000 to get on each day, and if you couldn’t pay that, you’d have to use surface roads, service roads and dirt roads to get where you are going. Billionaires could get on the highway because for a billionaire $1000 is chump change.

So this sort of system, toward which the Federal Communications Commission under former Verizon employee Ajit Pai has just taken a big step, turns the internet into old style antenna television where you just had three or four networks and they broadcast popular shows to 60 mn people at a shot. Those networks back in the 1960s gave their writers strict instructions never to mention labor unions and in general began the process of turning the United States into a fascist plutocracy, a reality on the brink of which we are now teetering.

Back in Iraq War days, people would write me from small towns to thank me for my reporting on Iraq. Without it, they said, they would have no idea what was going on. They said that they had no NPR radio station because local officials had connived to prevent one operating in their area. Network news had only 22 minutes a day of national and international news and at least initially it was enthusiastically pro-war. Their local newspaper (that was when there were newspapers) was owned by a Republican and carried no independent news about Iraq, just whatever the White House or Pentagon briefing said that day. (They typically said that they were making enormous progress. On those days when 500 people were killed by a bomb, they scaled it back to “slow progress.” But it was always progress, in Panglossian Bushworld.)

What the big corporations who have Ajit Pai and the FCC in their back pockets want to do is close off those dissident voices and just have a handful of voices, the ones they can make money from and who say the sorts of things that millionaire CEOs and billionaire media moguls like Rupert Murdoch want to hear.

That way we can have more Iraq Wars, and this time they will be huge successes just because the 2 or 3 media outlets will report them as huge successes.

The tragedy is that the internet was working just fine before Ajit Pai got his corrupt mits on it. It didn’t have to be corporatized. Last I knew, Verizon is making a shitload of money. They don’t need more. The providers are already giving slower service and charging higher prices than in less feudal countries than the US.

Pai thinks we are so dumb that he made a propaganda video denying all these points and featuring a Pizzagate conspiracy nut who thought Hillary Clinton ran a pedophilia ring out of a Washington DC pizzeria. In the world Pai is making, we may not even have the means to challenge the Pizzagate narrative.

The first thing the providers will do is play favorite. AT&T already has a sweetheart deal with DirectTV. If you are with AT&T and don’t want DirectTV, you might face data caps.

“AT&T, for example, already allows its DirecTV Now video-streaming service to bypass mobile subscribers’ data limits. Verizon does much the same with its Go90 video service. Sling TV and Netflix, on the other hand, still count towards customers’ data caps. The end of the FCC’s current rules will allow companies to expand the ways they prioritize certain services over others.”

The FCC decision can be fought. Some 17 states are filing lawsuits against it.

Your congressional representative and your senators can craft legislation restoring internet liberty. They won’t bother unless they think you are so upset about this issue that you might not vote for them or give money to their campaign, though.

Some states, such as Washington, are announcing that they will penalize corporations who try to interfere with net neutrality.

My guess is that the European Union will also have things to say about all this. The internet is global and it would be easy for AT&T to run afoul of European Union antitrust laws.

But, the corporations destroyed radio as a democratic medium and made it a part of monopoly capital (and even now restrictions are being lifted that will aid further monopolization, by rightwing corporations such as Sinclair). They can do the same thing to the internet if people don’t stop them.