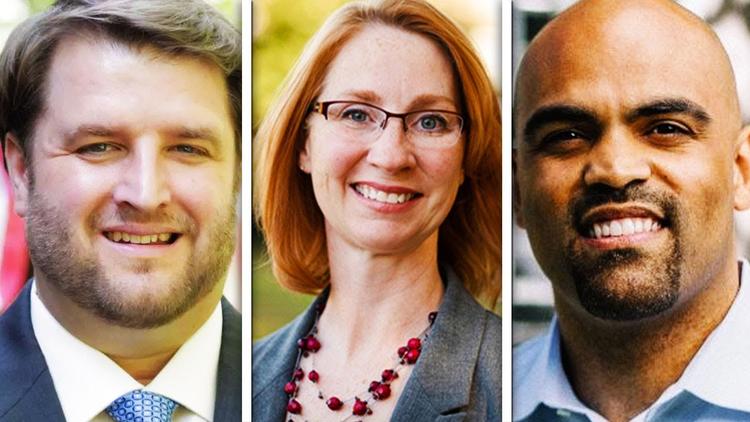 The increased tempo of the GOP’s snatch and grab in recent days suggests that they’re feeling a certain desperation.

Don’t kid yourself: 2016 was a revolutionary year in the United States.

Yes, I know, the United States is a deeply conservative country. Americans don’t engage in periodic attempts to overthrow the system. There is no viable political party that threatens the status quo. When protesters gather in Washington, they have no intention of storming Congress, the White House, or the Federal Reserve.

The most radical movements, like Occupy Wall Street, are leaderless and amorphous, and thus toothless.

Americans are so conservative that the revolution that created the country in the 18th century appears in history books as more a break from England than a break from tradition.

So, when a revolution does occur, Americans can’t even recognize what’s in front of their eyes.

The election of Donald Trump last year was revolutionary — even though it took place through established institutions and had all the hallmarks of a reaction (to the Obama “revolution”). Trump supporters thrilled to their candidate’s promises to tear down everything that hitherto represented the establishment: all politicians, Wall Street, the Pentagon, federal institutions, Hollywood, even the international community.

This urge to destroy even carried over to the cultural level, where Trump effectively abolished “political correctness” — a derogatory term for what other folks would just call being respectful. Such a sweeping transformation of social conventions was comparable to French revolutionaries creating their own calendar, replacing the names of the months with such peculiarities as Brumaire and Thermidor.

Don’t be fooled by Trump’s own elite cred. Many revolutionaries — George Washington, Lenin — came from the same segment of society that they aimed to overthrow. Also, don’t fall for the “restoration” rhetoric of the Trumpistas. The America of the past that they invoke is imaginary. They are out to construct a bold, new America that combines elements of the past — racism, homophobia, extreme wealth — with a new vision of shrunken government and corporations run amok. It is an overturning of the liberal order that has prevailed for much of the last century.

Of course, the Trump victory resulted from the same kind of improbabilities as most revolutions. His electoral margin was miniscule (a matter of some 80,000 votes in three key states, though he in fact lost the overall popular vote by millions more). He benefited from the huge intervention of unrestricted “dark money” made possible by the 2010 Citizens United decision by the Supreme Court. And he had the twin tailwinds of WikiLeaks and Russian digital skullduggery (which might have been a single tailwind, protestations of Julian Assange notwithstanding).

In other words, Trump didn’t represent an overwhelming urge by a majority of Americans to upend their own society. Ever since Russian revolutionaries called themselves Bolsheviks (the majoritarians) when they were so manifestly the political minority, insurrectionists have made misleading claims about their popular support. Trump is a man of the (ever-diminishing slice of the) people.

There’s another important revolutionary aspect to consider. All revolutions are doomed to eat their own. The insurrectionists have their knives out. The bloody feast has begun.

In the old days, when insurrectionists feared a counter-coup and had to clear out of the royal palace as soon as possible, they stole whatever they could easily transport — the silverware, a few bottles of fine wine, priceless paintings sliced from their frames and rolled up.

Trump and his cronies always planned a grand looting of the commonwealth. But the increased tempo of their snatch and grab in recent days suggests that they’re feeling a certain desperation as the Russiagate noose tightens. There’s the gerrymandering of the two national monuments in Utah that will open up vast tracts to energy and mineral companies. There’s the tax reform package that will reward America’s wealthiest. There’s the decision to recognize Jerusalem as Israel’s capital, which is a big give-away to Israeli leader Benjamin Netanyahu and his U.S. backers.

Even if they believe that they can escape the Russian probe, the Trump insurrectionists are certainly worried about next year’s mid-term elections. They are checking their watches to see how much longer they can use their positions for maximum personal benefit.

Now, in a fitting turnabout, they are also worried about being served.

Former National Security Advisor Michael Flynn has already pleaded guilty to lying about his Russia contacts. The plea also involves cooperation with special counsel Robert Mueller. That means that the investigation will acquire more details not only about what took place after the election, but also before the election.

In light of the ongoing revelations, major administration figures have had to recast their earlier stories of their contact with Russia and WikiLeaks, including the president’s son-in-law Jared Kushner and Attorney General Jeff Sessions. We used to call such initial statements “perjury.” But revolutionary times demand a new revolutionary language: and thus Kushner and Sessions simply “misremembered.”

The president has already tried to diminish the importance of earlier indictments against former campaign manager Paul Manafort and his business partner Rick Gates, as well as foreign policy advisor George Papadopolous. It won’t be so easy for Trump to diminish the importance of Kushner or Sessions. As we slouch further into this era of implausible deniability, the president himself will be backed against the wall, not by counter-revolutionaries with pitchforks but lawyers with summonses. Imagine all the delicious secrets contained in his tax returns alone.

As in any revolution, the truly ruthless are waiting in the wings for their chance. Rumors abound of a shake-up at the highest level that would expel Rex Tillerson, a relative vegetarian among the carnivores, and replace him at secretary of state with the truly repellent Mike Pompeo. The new CIA chief, according to The New York Times report that Trump later blasted as “fake news,” would be Tom Cotton. The young Arkansas Republican will soon be the standard-bearer for the new Republican Party, someone who can combine the aggression of the neo-cons with the social conservativism and “common touch” of the Trump wing.

Look upon 2020 and despair! Cotton is far more dangerous than Trump or even the telegenic evangelist Mike Pence.

Such is the logic of revolution. After Lenin: Stalin.

On the Bright Side

As with all revolutions, the Trump insurrection has opened people’s eyes to the potential instability of all that had previously seemed solid. If the Clinton dynasty could come to an end at the hands of someone so obviously ill equipped to lead the country, then perhaps the institutions of the status quo are not as firmly entrenched as conventional wisdom would make them out to be.

First off, the victory of an outsider has encouraged other outsiders, this time on the progressive side of the spectrum, to get involved in politics, from transgender candidate Danica Roehm snagging a seat in the Virginia state house to Liberian refugee Wilmot Collins becoming mayor of Helena, Montana. There are two Indivisible chapters in every congressional district, and much of the new electoral energy is coming from women. According to Emily’s List, 20,000 women have thrown their hat into the political ring (including my former IPS colleague Daphne Wysham, who is running for a seat in the Oregon statehouse).

The resistance is not confined to the electoral arena. The Black Lives Matter movement is mobilizing with renewed energy against the uptick in racism in the Trump era.

Then there’s the widespread resistance to sexual harassment.

At one level, the accusations that continue to take down powerful men in the entertainment industry, politics, commerce, and journalism represent the determination by victims to get rid of the “bad eggs.” But such a campaign promises to be much more: a thoroughgoing resistance to the combination of privilege (generally male) and power (also overwhelmingly male).

Replacing a few malefactors is hardly revolutionary. Transforming American institutions so that they no longer reproduce patriarchy — well, that’s a paradigm shift.

Revolution is in the air. Why should the far right have all the fun?

The Young Turks: “Progressives Coming To Sweep Republicans From Office”