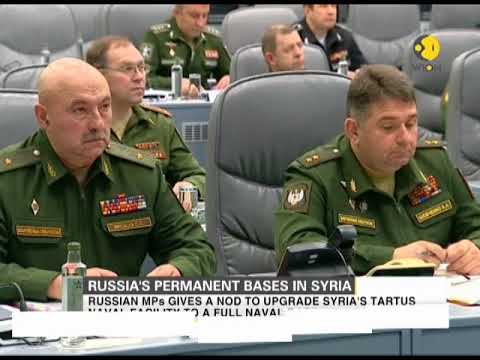 The US military says that the number of ISIL fighters in eastern Syria has fallen from 3000 a month ago to only 1000 today. Moreover a lot of the latter are fleeing into al-Assad-controlled territory, a severe security concern for the Syrian state. The US is apparently declining to intervene, watching with some satisfaction as the fighters flee into the country’s urban areas.

“”Now, of course, the main anti-terrorist task is the defeat of Jabhat al-Nusra . . . The Syrian army together with its allies and our support has been pushing Al-Nusra members back. However, they are still resisting, partly, according to our information, due to assistance received from abroad. . . ”

The Syrian Conquest Front, formerly known as the Nusra Front is Syria’s only al-Qaeda affiliate. Its rival, ISIL or Daesh, had split from al-Qaeda because the terrorist organization’s leader, Ayman al-Zawahiri, disapproved of Nusra’s longstanding tactic of making friends and then stabbing the friends in the back.

The Syrian Conquest Front largely controls Idlib province in the far north of the country. Although Russia and its Syrian client in Damascus have pursued negotiations and “deconfliction zones” with rebel forces, it is clear that they intend to attempt completely to crush Nusra, which means at some point a frontal campaign in Idlib. Because that province abuts Turkey in the north, a campaign would be tricky.

Turkey probably supports Nusra behind the scenes, despite its links to al-Qaeda.

On Christmas Day (in the Western calendar), Russian president Vladimir Putin discussed with provincial and government officials the two terrorist threats that might spill over onto Russia, to wit, Afghanistan and Syria.

“Now, regarding what Mr Volodin just mentioned, the terrorist threat, namely the one emanating from Afghanistan. The situation has deteriorated in the period that the coalition forces, primarily the US forces, have been present there. It really has, that is a fact. And it continues to deteriorate, but if it was not for the US forces, it would probably have gotten even worse.

Our relations with the United States are complicated, but we have to be objective when approaching this matter, and that is the way it is. Even though there are Taliban forces based along almost the entire length of the border between Afghanistan, Tajikistan and Uzbekistan, we simply have to keep that in mind.

Today I spoke with the President of Turkmenistan, and he reminded me of his plans to build a pipeline system that will run through the territory of Afghanistan further to its neighbours, Pakistan and India. He is inviting us to participate in the construction. All in all, some of the projects there are being implemented, and quite successfully, too, including by Turkmenistan.

We have to see to what extent such projects are being implemented, of course. But there are positive signals like this. However, there are some alarming signals too – ISIS forces have appeared in Afghanistan and are already fighting the Taliban. This is another factor that is making the situation worse.”

So to summarize, Putin sees Afghanistan as a profound terrorist threat and one that is growing, with the appearance of ISIL/ Daesh in Bangladesh. He thinks the US is doing a poor job of counter-insurgency (likely implicitly comparing the US effort in Afghanistan to his intervention in Syria). But, he also thinks that the situation would be much more dire if US forces were not fighting there. He seems to admit that it pains him in any way to praise the US, with which he has a “complicated” relationship, but he also said that you have to be objective.

Putin is interested in Afghanistan, as well, because of a Turkmenistan plan to build a gas pipeline through Afghanistan to Pakistan and India. This scheme goes back to the 1990s but has never materialized. It isn’t very likely to materialize now, since gas pipelines are easy to sabotage and as Putin says, security is deteriorating.

My own guess is that Pakistan and India will have so much wind and solar energy in ten years that they won’t be interested in smelly natural gas from Turkmenistan.

“You mentioned Syria. There is no longer any need really for using the Armed Forces there. I will not repeat myself any more, you are aware of my assessments. We have two bases there, and we will, of course, continue to fight terrorism there, including in Syria, and to deliver pinpoint strikes, if this should be necessary.

To reiterate, we may do so, but not as it was until now with such a wide use of all the components of our Armed Forces. Hence the withdrawal, since there is no longer any need for such large amounts of equipment or personnel. At least, for the time being.”

Putin is referring to his announcement that ISIL/ Daesh has been defeated and that he would bring the troops home. He has made this announcement before, but does no follow through on it. He expects to continue to fight terrorism (the Nusra front) and to maintain two bases in the country. Obviously, the withdrawal noises are propaganda.