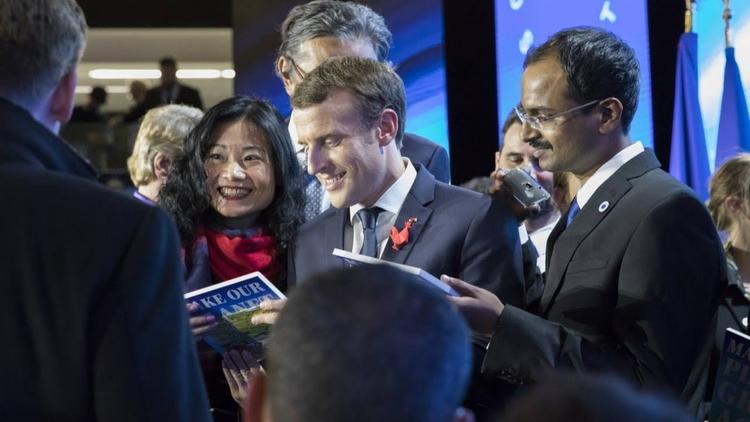 French President Emmanuel Macron has a program he calls MAPA – “Making the Planet Great Again.” His government is offering funding to climate scientists who are facing obstacles in their home countries, to come and work in France. He just managed to lure away 18 high-powered scientists, one of whom shared a Nobel Prize and 12 of whom are Americans.

France is after all a very pleasant place to live and work, with state of the art labs and equipment for scientists. Macron’s is the first French government to take the challenge of climate change seriously and to pursue renewable energy (French energy policy was earlier tied to nuclear reactors, but these have been an environmental disaster).

France has a Ministry of Ecology, nowadays headed by environmental activist Nicolas Hulot. France has received permission from the European Union to install 17 gigawatts of renewable energy.

Trump’s anti-environment secretary of the Environment, Scott Pruitt, has muzzled climate scientists and the Trump regime has taken down huge numbers of government web sites and data bases on climate change.

What Macron is pointing out is that high-powered scientists with a Ph.D. don’t have to go through life being humiliated by lying non-entities such as Pruitt, a creature of the Oklahoma oil and gas industry. People willing to harm their grandchildren for a quick buck today aren’t even human, just empty, demonic shells walking around as simulacra.

Not satisfied to destroy America’s lead on solar and wind energy technology, the Republican Party now has a plot, inspired by Wall Street Journal purveyor of untruths Stephen Moore, to cripple graduate education by slapping a tax on tuition forgiveness.

The result will be a vast exodus of bright, inventive, entrepreneurial Americans to Europe and Asia, where they will give those economies the extra boost of innovation. The United States in the meantime will sink into poverty, a stagnant economy, and crime.

The US has all along had a streak of anti-intellectualism and suspicion of high powered science. Now the worst elements in the GOP plan to put it all into law and drag the country down to their level.