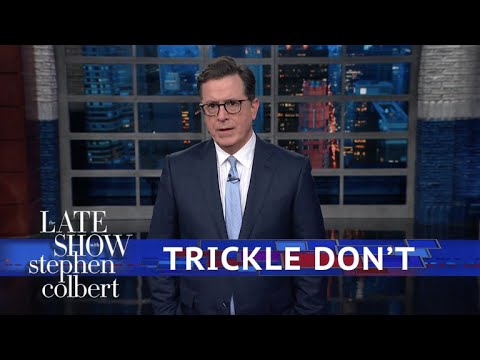 Experts have said that the bill will raise the U.S.’ rising deficit, increased the number of uninsured individuals, and redistribute wealth to the rich while increasing taxes on the poor.

The United States Senate passed its version of the Trump tax plan ‘reform’ that has been described by progressives as “socialism for the rich” due to its massive redistribution of wealth to top income brackets.

Heated rhetoric engulfed the senate floor as both opposing parties argued their side – the Republican Party hailing it as a window for liberty and a deduction of taxes across the board and the Democratic Party noting that the bill would raise taxes on the poor and cut them for the wealthy.

“This bill directs the lion’s share of its benefits to those at the very top, the already wealthy and the already powerful,” said Senate Democratic leader Chuck Schumer.

Former Obama economic policy advisor, Seth Hanlon, reported that he and his colleagues received a copy of the bill’s final amendment that was 479 pages long and included handwritten notes.

Democrats criticized the passage of the bill because its contents were widely unknown during its discussion, there were virtually no expert witnesses that spoke before congressional committees, and the final amendment was written just hours before the final vote, which the Democrats saw as intentional.

The U.S. House of Representatives passed its own version of the Trump tax plan last month that must be reconciled with the new senate version in a conference committee before being signed into law.

The passage of these tax overhaul bills are one of very few victories for the Trump administration that has been plagued with controversy, ineptitude, and disfunction.

Following the abject failure of Trump’s vision to repeal the Affordable Care Act, commonly called “Obamacare”, Republican congressional leaders were frantic to gather their members and unify for a decisive vote on the tax plan.

The Obamacare repeal failed because the Republicans were unable to unify on a bill which would repeal and replace Obamacare, something that leaders had promised. The bill was also overwhelmingly unpopular in U.S. opinion polls leading up to the vote.

The Trump tax plan bill passed nearly along party lines, with a 51-49 vote, save for one Republican senator, Bob Corker of Tennessee, who believed that the tax plan, due to its massive cut in revenue, would further expand the U.S. government’s budget deficit.

Estimates suggest that the Trump tax plan would add $1 trillion to the already existing deficit over the next 10 years.

According to reporters, Corker gave a heated speech against the tax plan and was later lambasted by members of his own party behind closed doors.

Robert Reich, the former labor secretary of President Bill Clinton, said on Twitter: “Over the next decade, the Trump-Republican plan will cost middle-class families $5.3 billion and enrich the top 1 percent by $5.8 billion — not to mention cuts to Medicaid and Medicare and the destruction of the Affordable Care Act. Disgraceful.”

Vox notes that the Trump tax plan that was passed in the senate effectively reversed the “individual mandate” of Obamacare that requires all U.S. citizens to carry health insurance, which drives down insurance premiums.

U.S. President Donald Trump has urged his colleagues to see the tax plan implemented by the end of the year, a massive policy rollout that would exacerbate the already shaky class dynamic of the United States.