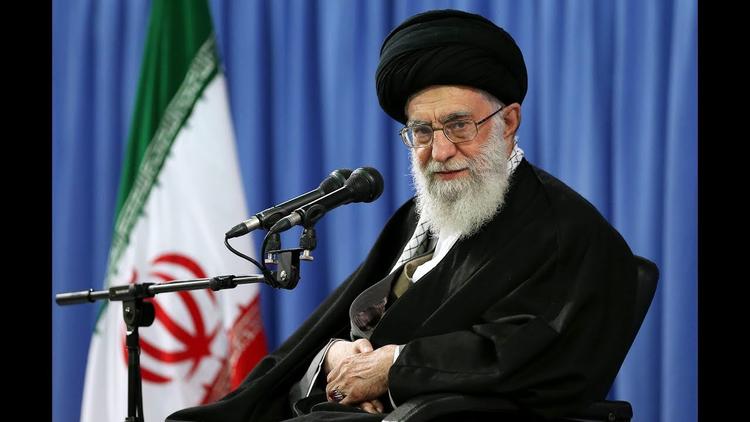 Some sections of the crazy quilt that makes up the Trump administration want to push Iran back out of the Arab world and weaken it, in support of Israel and Saudi Arabia. Those actors have just been handed a big setback by Trump’s slurred and crazed announcement that he will move the US embassy in Israel to Jerusalem and recognize it as the capital.

While Washington pols fondly imagine that all politics is elite politics, it isn’t actually the case. Ask Hosni Mubarak or Zine El Abidin Ben Ali. Political leaders have to get a minimum buy-in from their publics. One trial run for the 2011 Tunisian revolution was massive demonstrations in 2009 during the Israeli assault on little Gaza, where student activists, trade unionists, attorneys and others learned to network and get out enormous crowds. Ben Ali’s and Mubarak’s toadying to Washington helped make them so hated that they were overthrown, in part because Washington stands for economic policies that punish workers and the middle classes, but in part because Washington stands for stealing Palestinians’ land and making them homeless and poverty-stricken.

Rulers like King Abdullah II of Jordan, who have a powerful alliance with the United States but whose people are pro-Palestinian (indeed 60% are of Palestinian heritage) are not sleeping well these days.

It isn’t that everyone doesn’t already know that Washington is on board with screwing over the Palestinians and humiliating the Arabs. But Trump just flaunted it in everyone’s face.

But let us consider the Saudi cold war with Iran. Given the open Saudi signals of cooperation with Israel against Tehran and given the Al Saud’s embrace of Trump, Riyadh is implicated in the Jerusalem decision whether they like it or not. In the propaganda wars between Iran and Saudi Arabia, Iran just got a big boost.

Iran’s president Hassan Rouhani called up Turkish president Tayyip Erdogan and the two agreed that Jerusalem is the permanent capital of Palestine. Turkey is majority Sunni, while Iran is a Shiite republic. Any attempt to block Iran’s influence would have to aim at instigating bad relations between these two, among the most populous and wealthy countries in the Middle East.

Trump managed to bring Turkey and Iran together by what they called his “wrong” and “illegal” action. In fact, Rouhani called for all 56 Muslim-majority countries to make a stand against the US. Iranian foreign minister Mohammad Javad Zarif said that Jerusalem will always be Arab and Islamic. The country’s Leader, Ali Khamenei, also weighed in, pledging to organize the Muslim world for a response. So now the Iranians (not Arabs) are the champions of Arab nationalism, while Saudi Arabia and Egypt are supine. So Trump is helping make Iran a leader of the Muslim world. Good job.

Or take Iraq, the government of which is run by the Shiite, pro-Iran Da’wa (Islamic Call) party. The blowhard CIA director Mike Pompeo strutted around saying he’d written a letter to Qassem Solaimani, the head of the special operations “Jerusalem Brigade” force of the Iranian Revolutionary Guards Corps,” warning him about his operations in the Middle East. The US has some 6,000 men in Baghdad.

So after Trump’s announcement, which way do you think the Iraqi government is tilting? Toward the Iranian position on Jerusalem. The Iraqi foreign minister wrote a harsh letter to Washington denouncing Trump decision.

Shiite cleric Muqtada al-Sadr warned Arab leaders that if they abandoned Jerusalem it would be the end of them. His followers also staged demonstrations Wednesday, including in the holy cities of Najaf and Karbala.

Former Iraqi prime minister Nuri al-Maliki called the American announcement a “declaration of war” on the Arab peoples and an attack on “the human rights of Palestinians.”

So guess who is responsible for the security of the US troops in Iraq. Yes, that is right. The Iraqi government, its army, and its Shiite militias.

In Lebanon, the Saudis had tried and failed to break up the national unity government in which Shiite, Christian and Sunni officials serve. To the extent that Riyadh openly marked Saad Hariri, the prime minister, as a creature of the Saudis, they did him some harm with the Lebanese people. He has rescinded his forced resignation and hastily issued a stinging rebuke of Washington over Jerusalem. But it rings hollow given his identification with the Saudi-Israeli-American axis.

So if the Lebanese have to take sides on this one, it won’t be the Saudi-Israeli-American side. Therefore the Shiite leader Hassan Nasrallah is strengthened internally by this move, the opposite of what the Saudis were going for. Thank you Mssrs. Trump and Pence.

Press TV: “Iran Leader: Palestine will at last be freed”