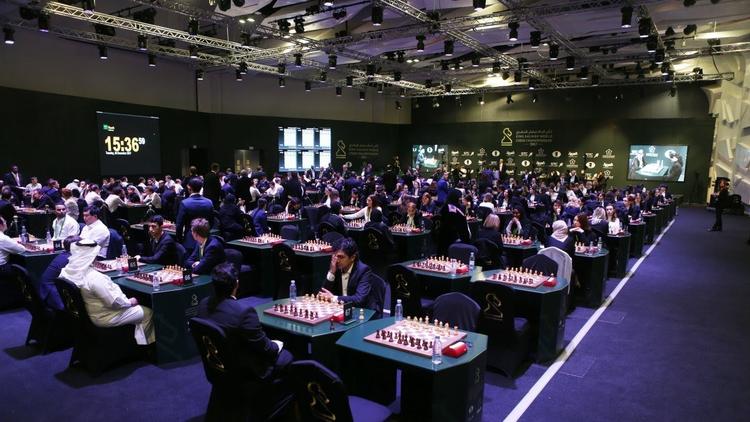 Saudi Arabia under the hyper-active crown prince Muhammad Bin Salman is undertaking rapid changes in society and international diplomacy. But the kingdom’s conviction that it is ready to host international events has been demonstrated to be premature by a debacle over a chess tournament.

Riyadh paid out $1.5 million to win the right to host this year’s Rapid and Blitz World Chess Championships, which have been branded with King Salman’s name. That is four times what hosts generally pay, and the prizes are also very high this year. 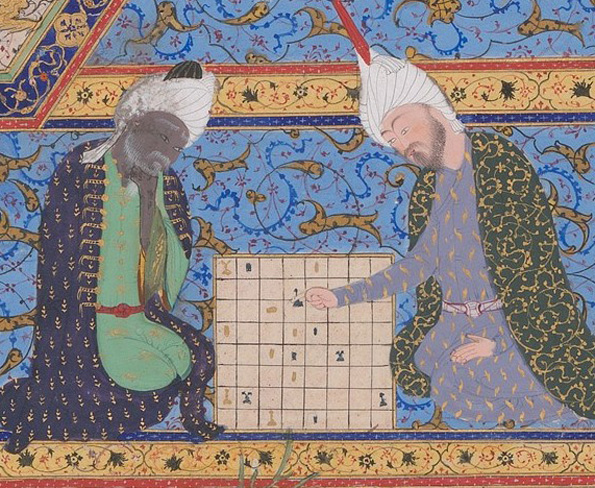 Nevertheless, the event has been roiled by controversy. Saudi Arabia has very bad relations with Iran, Qatar and Israel, secularists, the Muslim Brotherhood, and with the 50% of the human race that is female.

Saudi Arabia has a guardianship law that prevents women from moving around freely without a male guardian. It also has a strict dress code for women in public, requiring that they wear an abaya over-garment and veil. At least until this coming summer, they are not allowed to drive. Unfortunately a lot of people think these Draconian rules for women are Islamic. They are not. The new Tunisian constitution recognizes women and men as equal. The Saudi laws are peculiar, even in the Gulf Cooperation Council, and are irrelevant to most of the world’s 1.8 billion Muslims.

For the tournament, the Saudis are loosening the dress code so that women can wear dark slacks and long-sleeved turtlenecks but don’t have to throw on an abaya. The concession was not enough for Anna Muzychuk of Ukraine, the current world champion in two categories. She wrote at her Facebook page,

“In a few days I am going to lose two World Champion titles – one by one. Just because I decided not to go to Saudi Arabia. Not to play by someone’s rules, not to wear abaya, not to be accompanied getting outside, and altogether not to feel myself a secondary creature. Exactly one year ago I won these two titles and was about the happiest person in the chess world but this time I feel really bad. I am ready to stand for my principles and skip the event, where in five days I was expected to earn more than I do in a dozen of events combined. All that is annoying, but the most upsetting thing is that almost nobody really cares. That is a really bitter feeling, still not the one to change my opinion and my principles. The same goes for my sister Mariya – and I am really happy that we share this point of view. And yes, for those few who care – we’ll be back!” 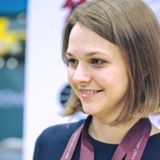 They had attended the tournament in Qatar last year with no regrets. Qatar does not have the driving or guardianship laws about women that Saudi Arabia does, even though it is also a Wahhabi society.

There was some fear that Qatar and Iran would not be allowed to compete. In the end, the World Chess Federation’s intervention succeeded in making the Saudis give visas to the top three contenders, but apparently many other players were excluded from both countries.

Israelis who applied did not even get a reply, and the country was shut out. The Israeli Chess Federation is preparing a lawsuit for monetary damages over the exclusion, which violates the posted rules of the World Chess Federation.

The world is a big place with lots of different cultures and many ways of doing things. Many societies practice polygamy but insist on people being married. Others, like the United States, allow people to shack up outside marriage in any configuration that appeals to them, something that would not be allowed in most of the world.

There is a big debate in politics and ethics over whether there can be minimum accepted moral standards throughout the world, as with the Geneva Conventions or the UN International Declaration of Human Rights, or whether the “universal” is always code for white European hegemony.

I’ve seen a senior Saudi prince challenged on the kingdom’s unusual rules for women and minorities, and he replied that he had to wear his own clothes, not anyone else’s. His personal fashion might change over time, he allowed, but it would have to be his suit of clothes, not a borrowed one.

The problem with that stance is that some people would claim that slavery is mandated by their tradition, and that they must be allowed to practice it according to their religious texts. (This was the position of the Confederate Christians in the US in the 1860s.)

Ironically enough, there is a strain of Muslim conservatism going back to the medieval period that frowns on chess (a game that originated in India and which exemplifies military theories such as Kautilya’s Artha Shastra (the bishop was originally the elephant cavalry). So the Wahhabi clergy didn’t want their country to host the games any more than Anna Muzychuk wanted to attend them there. (This position against chess has been that of a tiny minority in Muslim history, where the game was eagerly cultivated and many great masters contributed to strategy).

No man is an island. The fact is that moral standards are always negotiated, by internal constituencies and by international influences. Some upper caste early modern Hindus in India thought it very important that the widow of a raja throw herself on his funeral pyre. The Mughal emperors outlawed the practice, as Muslim outsiders. And then when the British took over, they outlawed it. I doubt there are any Hindus left who are dedicated to the practice; they lost the negotiation.

If the Saudis want to be accepted, they should look to Switzerland or Norway as models, not Trump’s America. Running around bombing Yemen, setting off bombs in Syria, destabilizing Lebanon and trying to isolate Iran is not a recipe for tournament host. Such activities attract boycotts, as Israel is also discovering.

The kerfuffle over the chess tournament demonstrates that many Saudi laws and practices are too far outside the international mainstream for it to host an international gathering uneventfully.