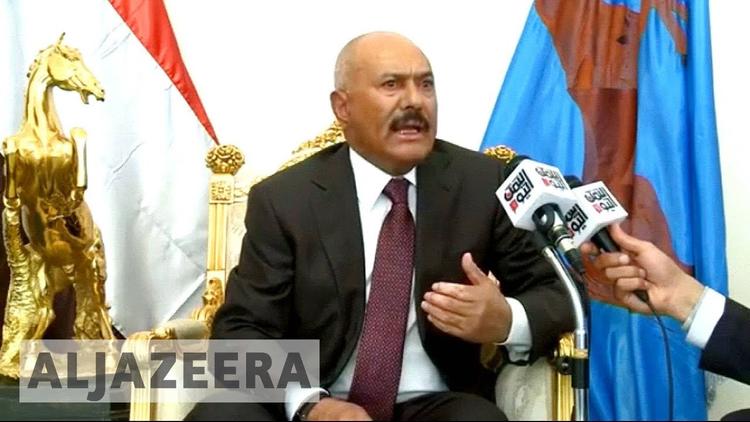 Amid a growing problem of malnutrition and cholera outbreaks caused by the Saudi-led war on Yemen, the two branches of the northern Yemeni government have split and are fighting one another. The country is being plunged into yet more misery, and the Saudis are looking to take advantage.

Former president Ali Abdullah Saleh, who was forced to resign as a result of a year-long set of protests 2011-2012, had allied with the Houthis as a way of regaining some of his former station.

He has now come out to call for an armistice with the Houthis, between whom and his own troops there had been fighting in recent days,and to offer Saudi Arabia Yemen’s support.

His call fell on deaf ears as the capital of Sanna has become a battlefield, with fierce fighting reported Sunday between Houthis and Saleh loyalists, & with the streets littered with bodies and burned out military vehicles.

The Helpers of God or Houthis made a coup in Sanaa, the capital, in fall of 2014, and by March of 2015 they had taken over the government. Abed Rabbo Mansour Hadi, the interim president, was overthrown and went into exile.

The Houthis are a movement within the Zaydi branch of Shiite Islam.

The Houthis sought the help of other social groups by doing them favors. Saleh and the units of the Yemeni military loyal to him threw in with the Houthis. Until this past week.

The Saudis, for their part, are calling on the Yemeni people to support Saleh’s ploy.

With the Saleh-Houthi alliance in tatters, Yemen could be in for even more political trumoil and even more starvation.