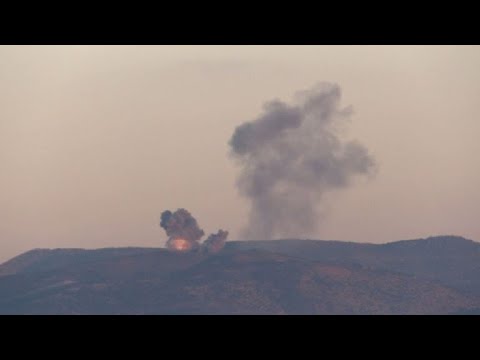 Turkey’s Deputy Prime Minister Bekir Bozdag also stated that “those who support the terrorist organisation will become a target in this battle.”

Turkey’s government has urged the United States to rein in its support for pro-Kurdish fighters, otherwise, they risk engaging with Turkish troops on the battlefront in Syria. The statement, which was issued by the spokesman for President Tayyip Erdogan’s government, is one of the strongest issued by officials in Ankara concerning the possibility of confrontation between the two NATO allies, according to the Middle East Eye.

Turkey’s Deputy Prime Minister Bekir Bozdag also weighed in on the matter, stating that “those who support the terrorist organization will become a target in this battle.”

If Turkish troops move in the direction of Manbij, territory controlled by Kurdish fighters roughly 100km east of Afrin, it could spell open confrontation with U.S. troops already deployed in the region, according to Middle East Eye.

Bozdag, who also serves as Turkey’s spokesman, said: “the United States needs to review its soldiers and elements giving support to terrorists on the ground in such a way as to avoid a confrontation with Turkey.” He added that “starting in Manbij, we will continue to thwart their game.”

However, the United States, with roughly 2,000 troops deployed in Syria, view the YPG as a strategic ally in the fight against Syrian government forces and ISIS. The Pentagon noted that weapons provided to YPG are carefully tracked and that discussions with Turkey would remain open.

“We carefully track those weapons that are provided to them, we ensure that they, to the maximum extent possible, don’t fall into the wrong hands and we’re continuing discussions with the Turks on this issue,” said Lieutenant General and joint staff director, Kenneth McKenzie.