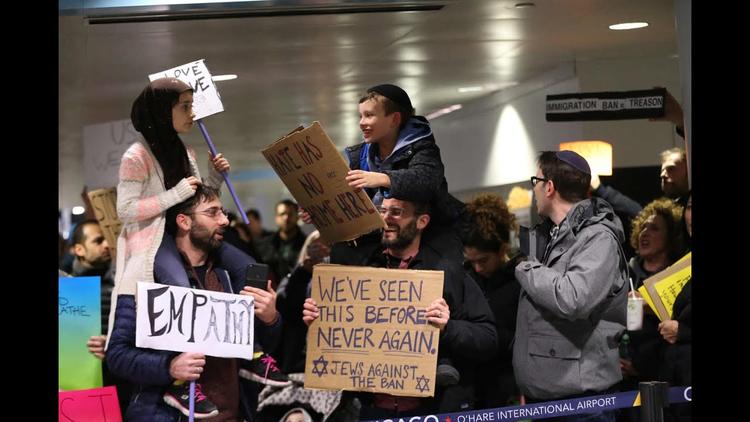 Political scientists revealed that public opinion on the so-called Muslim ban has shifted after a nationwide debate on immigration, racism and religion in the U.S. was sparked as a result of the ban’s implementation and subsequent protests, dealing yet another blow to one of President Donald Trump’s key campaign promises.

A study recently published on the academic journal Political Behaviour shows that media coverage of the demonstrations and criticism of the ban portraying it as “as incompatible with core American values” played an important role in an observable shift in attitudes from supportive or ambivalent to disapproving of the ban.

Political scientists from the University of Delaware, Michigan State University and University of California who co-authored the paper conducted 400 nationwide surveys to the same sample before and after the ban’s implementation. The research points to “a decrease in support for the policy […] among high American identifiers […] who might have initially shown support.”

“Cross-sectional data from Quinnipiac University suggests that public opinion moved swiftly against the ban after President Trump signed the executive order,” the researchers argued in their detailed report.

“In a poll released on January 12th, 2017—several weeks before the executive order announcement—the travel ban received near majority support: 48–42 percent. But by February 7th, support for the ban had dropped to 44 percent and opposition had grown to 50 percent.”

The ban was followed by a higher number of reported attacks on Muslims and a series of protests in solidarity with Muslims living in the U.S. who were affected by the travel ban.

The Middle East Eye reported that the Council on American Islamic Relations found that 2017 was one of the worst years for Muslims in the U.S. due to a 44 percent hike in attacks on community members.

Furthermore the ban has been challenged by the U.S. justice system, which has claimed the executive order is illegal and it exceeds the president’s authority, forcing the the administration to revise the policy multiple times and delaying its implementation for almost a year before it went into effect in December.