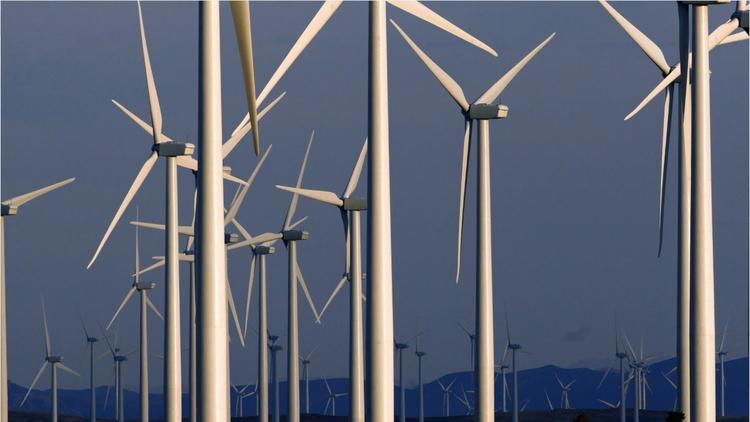 Nope, coal is still doomed. Coal is the dirtiest fuel for electricity generation, putting out enormous amounts of carbon dioxide when it is burned. Its use is responsible for a significant amount of global climate change since the late eighteenth century.

And yes, the enormous storm in the Northeast is a climate disaster caused in part by carbon emissions. Climate change is associated with long term trends toward heating but also with moments of extreme weather along the way.

In a world where human beings were rational, intelligent, and caring, coal would have been banned a long time ago.Instead the world is run by walking moral disaster zones, dumb as bricks, like Trump. Not only is coal destroying the earth’s climate but it causes thousands of deaths every year from air pollution–causing lung and heart disease. For the piece de resistance, its emissions contain mercury, a nerve poison that concentrates in fish and damages the human nervous system.

About thirty percent of US electricity comes from coal. That is a shocking statistic. Coal seems inexpensive, generating electricity at 5 cents a kilowatt hour. Nuclear is 12 cents. But that price, as most prices given by corporate economics, leaves out “externalities”–all the health and environmental harm and pollution it causes. If those were taken into account we should cost out coal at something like 80 cents a kilowatt hour.

Energy policy is policy, and the energy market (as with all markets) is profoundly shaped by legislation. Trump aims at reinvigorating coal and killing wind and solar through legislation. He could easily succeed.

But one unexpected area of pushback comes from red states such as Kansas (30% of its electricity comes from wind) and Texas, and now even, as Amanda Paulsen shows, in Wyoming, whose conservatives know a gravy train when they see one. Wyoming is the course of putting in 3 gigawatts of wind power near Rawlins and another company plans a further gigawatt elsewhere in the state. They are not doing this out of idealism, since Wyoming is a coal state; it is sheer economics, and the economics will only get better technologically– though Paul Ryan and Mitch McConnell and the ogre Trump could try to slow that progress down substantially.

In civilized countries like the UK, the future is more obvious. The UK had its first coal-free day of electricity in 2017, and last year renewables and nuclear produced a majority of the country’s electricity. Fossil fuels were responsible for 47% of electricity, down from 75% in 2010.

Wind power surged in the UK by a startling 31% last year! Wind capacity grew by 20%. It is now about 30% of the UK’s energy mix, and and for about half of 2017 it was more like a third. Given the fall in wind power prices, it is likely to grow substantially in coming years.

Coal as a source of electricity has fallen 85% in just five years in the UK, and the government will get rid of it entirely by 2025. Coal is over. Even natural gas is now cheaper, and it is driving some of the doldrums in the coal industry both in the UK and the US. In the UK, gas is responsible for 40% of electricity. Since it emits only about half as much carbon dioxide as coal when burned, using it instead is a savings in emissions– though obviously going over time to renewables is far preferable.

In some parts of the UK, offshore wind is already cheaper than natural gas! The price of offshore wind has plummeted over the past five years, with bigger and better turbines coming on line. Offshore wind also now beats the pants off nuclear in the UK. The UK government is still attached to nuclear power and has new plants on the drawing boards, but it is possible that many of them will never get build, having been overtaken by cheap wind and solar.

As for coal, stick a fork in it. It is finished, and while its death rattle may last longer in the polluted United States, even there the future is not in doubt.