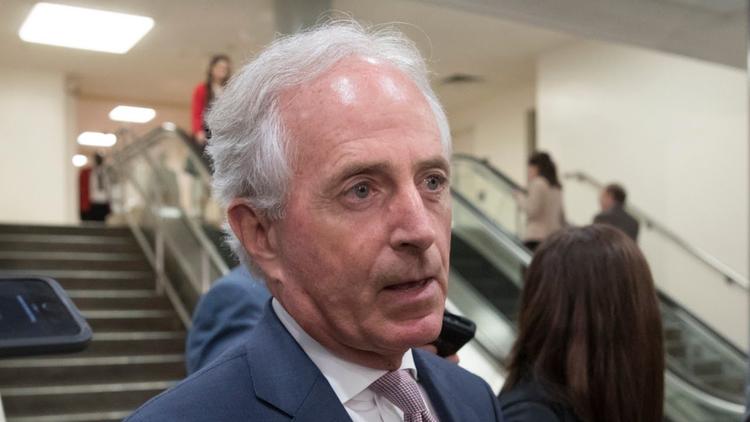 The Trump administration has refused to implement new sanctions on the Russian defense sector, as mandated by Congress’s “Countering America’s Adversaries Through Sanctions Act,” or CAATSA. Congress passed the bill last year and it was reluctantly finally signed by Trump in August. It is vaguely worded enough, however, that Trump’s White House attorneys appear to have concluded that it need not actually be implemented.

The question of whether US sanctions on Russia, or further such sanctions, are wise or justified or even legal can be argued. But Trump’s actions in this case are flatfooted and will give rise to further suspicions that Putin has some sort of hold over him. He could have declined to sign CAATSA on any number of grounds. Or he could have implemented it half-heartedly. Signing it and then not implementing it is the worst of all possible worlds politically.

The US already has sanctions on Russia, but the new law sought to increase them and to identify oligarchs close to President Vladimir Putin. Putin is known to especially dislike the US sanctions on his billionaire cronies, whose wealth he has often helped create through state mechanisms. Putin has long since crushed those oligarchs who were independent of him.

The Department of the Treasury did issue the list of oligarchs, but Trump has declined to place further sanctions on third parties doing business with them, as Congress mandated. The earlier round of sanctions came out of Congressional GOP distress at the unilateral Russian annexation of Crimea from the Ukraine and its support for ethnic Russian separatists in east Ukraine.

Secretary of State Rex Tillerson announced his non-compliance with the Congressional law, saying that the earlier round of sanctions had done billions of dollars of damage to the Russian arms industry, and that it was best to let that process of disruption continue rather than introducing new uncertainties, given that arms contracting is a multi-year endeavor.

If you could not understand how Tillerson’s argument makes any sense, join the club–it seems nonsensical to yours truly, as well.

But you wonder if he let the cat out of the bag. Is the underlying motivation for these unilateral US sanctions on Russia now simply to give Lockheed Martin, Boeing and other US arms manufacturers an advantage over their Russian counterparts?

Meanwhile, BBC Monitoring translates some of the Russian concerns about the whole episode, from yesterday’s papers before Trump announced his non-compliance.

Russian billionaire Alexei Mordashov said at Davos that US sanctions would not directly affect the general business climate, since they are targeted at the defense sector. He admitted, however, that they increase uncertainty, which is bad for business.

Yevsey Gurvich at the state-owned Rossiyskaya Gazeta said that US sanctions have an up side, in that they will bring Russian investments back to Russia. The government is offering an amnesty for repatriating capital this spring, and the US congress may contribute to its success by increasing the riskiness of foreign investment.

Analyst Alan Karashkin at the Russian Business Daily admitted that Western banks and financiers will be affected by the US Treasury Department’s listing of “oligarchs.”

Natalia Orlova feared that the US move might increase the volatility of the rouble exchange rate.

So a lot of Russian analysts see a negative impact from the mere threat of further US sanctions contained in CAATSA, which they see as creating a negative business environment for Russian investments abroad.