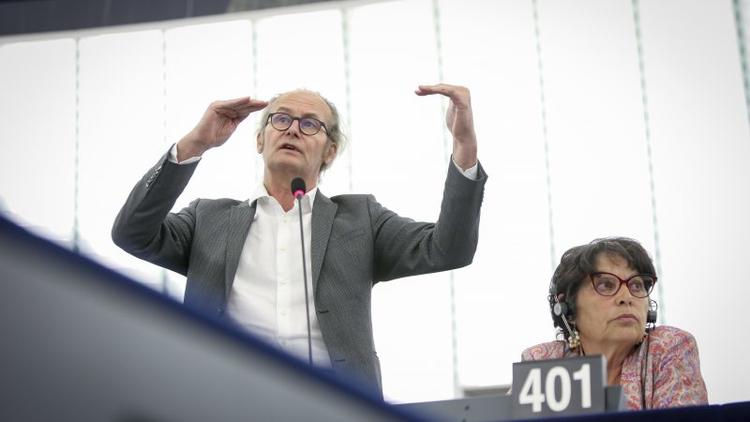 Green lawmakers have hailed a “great victory for the climate” as a proposal to bring down to zero the amount of greenhouse gases that can be emitted in the atmosphere by 2050 received unexpected backing from the European Parliament last Wednesday (17 January). 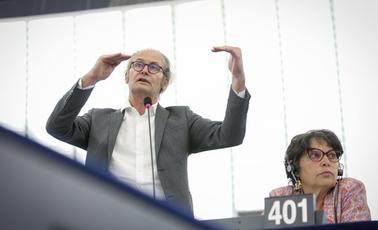 Plenary session week 3 2018 in Strasbourg – Debate on energy efficiency, renewables and the governance of the Energy Union. [European Parliament]

“For the first time, we are proposing a ‘carbon budget’,” said Claude Turmes, a Green lawmaker who introduced the proposal as part of the Parliament’s report on the governance of the Energy Union, which was voted on in plenary yesterday.

The carbon budget proposal “will set out exactly what can still be emitted into our atmosphere if we are to comply with the 1.5 and 2 degrees limits set out in Paris and achieve a net-zero carbon economy by 2050,” Turmes said in a statement after the vote, hailing “a great victory for the climate and citizens”.

The Energy Union governance regulation is the cornerstone of a broader ‘clean energy’ package of laws that was tabled by the European Commission in December 2016. It sets an overarching framework for achieving the EU’s energy and climate policy goals until 2030, including a strict timeline and a review mechanism to ensure the bloc meets objectives on renewable energy and greenhouse gas emissions.

But support for Turmes’s carbon budget idea was far from a foregone conclusion as the largest political group in Parliament, the centre-right European People’s Party (EPP), appeared divided on the issue ahead of the vote.
EU lawmakers agree ‘flexible’ renewable energy targets for 2030

Political groups in the European Parliament have sealed an agreement Tuesday evening (16 January) on a proposed Energy Union governance bill, assigning a strict yet flexible timeline for EU countries to meet the bloc’s 2030 objectives on renewable energy, EURACTIV has learnt.

Quentin Genard from the energy and climate think tank E3G, called the Parliament vote on carbon budget “a game-changer”.

“We could not have expected a better outcome. If the carbon budget went through in Parliament, it means the proposal probably got backing even by some EPP members,” Genard told EURACTIV. “It was quite a comfortable majority in the end, which means there is probably a shift within the EPP group in support of that,” he said.

Getting backing from EU member states on the proposal won’t be easy, however, as there is no common position on this in the Council of Ministers, which held tense discussions on the clean energy package in December.
EU ministers stumble towards joint position on future energy laws

Energy ministers on Monday (18 December) took well over 15 hours to agree common positions on four clean energy draft pieces of EU legislation ahead of a final round of talks in 2018 with the European Parliament and Commission.

However, Genard believes there were also some “encouraging signs” from individual EU countries. The UK already has a rolling five-year carbon budget and is therefore likely to back the idea at EU level. During the first round of governance talks in December, France put its foot down, saying Europe should adopt a net-zero emissions target, an idea that was supported by Sweden and Luxembourg.

More broadly, EU member states backed long-term climate and energy strategies at the December meeting. These were “one of the few elements where the Council strengthened the Commission’s initial proposal,” Genard remarked.

But timing already looks tight. EU member states are required to submit their draft Integrated National Energy and Climate Plans by the end of the year, which means the Commission has to make a move beforehand to introduce a carbon budget.

“EU member states are currently working on their 2030 and 2050 energy and climate plans. They need clarity about what the Commission expects from them as soon as possible to ensure a smooth preparation by the national administrations,” Genard said.

The text approved by the Parliament actually requires the Commission to calculate the EU’s remaining Carbon budget by 1 July this year. If the Council ends up backing the idea, this will be no small feat and time is already scarce to collect and analyse the necessary data.

“As soon as you introduce a carbon budget, you need evidence, so the Commission needs to do some number-crunching,” Genard said.

“It means the Commission needs to start working on it now to be able to deliver on time”.