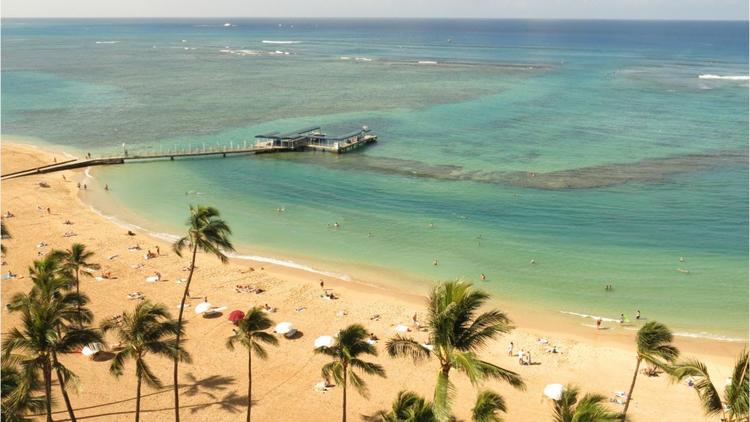 A false alert was sent out by the state of Hawaii on Saturday to residents’ cell phones warning of an incoming North Korean nuclear strike, as Mary Papunfuss of Huffpost explains.

That is a remarkable falsehood and symptomatic of the hysteria in the age of Trump, a man who routinely talks about or hints at deploying nuclear bombs. So does the wacky government of North Korea. Neither should be taken so seriously.

The falsity of the alert was quickly discovered but the same screw-ups who sent it out then sent the retraction to the wrong address so that it did not hit people’s cell phones. They finally got the correct information after nearly an hour of panic.

But here’s the thing. The US military knew all along that there was no such threat. Nobody from the Pentagon tried to reassure the public.

And, President Trump was on his West Palm Beach golf course and got the notice that it was a false alarm. He just went on playing golf. Then he wrapped up the game. He never tweeted any reassurance to the people of Hawaii. He let them twist in the wind. His apologists are saying it was a state exercise and it is unfair to blame him. But he is president of all the state residents, too, and he had knowledge that could have benefited his co-citizens and did nothing.

Rep. Tulsi Gabbard (D-HI) did take to twitter to reassure people, and has been criticized for going outside channels, but WTF. People were terrified for no good reason.

Of all the horrible things Trump has said and done, declining to give the straight scoop to panicked Hawaiians is the absolute worst.

The US constitution, Article 3, Section 3, Clause 1, defines treason in this way:

Treason against the United States, shall consist only in levying War against them, or in adhering to their Enemies, giving them Aid and Comfort. No Person shall be convicted of Treason unless on the Testimony of two Witnesses to the same overt Act, or on Confession in open Court.

I propose that by declining immediately to refute the false alarm, Trump gave aid and comfort to North Korea, which has been attempting to play mind games with Hawaiians as part of its belligerent strategy toward the United States.