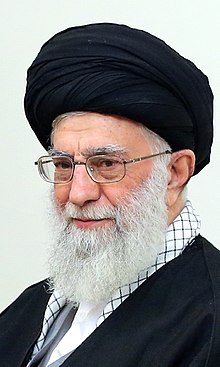 News agencies are reporting that on Thursday, Iran’s wave of protests died down.

If so (and for all we know they could start back up again), here are some reasons.

The regime raised the cost of protest, speaking of executing protesters. While that threat might not have deterred the dedicated dissidents, it would peel off the less committed and reduce the amount of people power available to them.

The rallies, often in remote small towns, took the regime and its security forces by surprise, and challenged local police deputies.

Over time, the regime has proven able to mobilize police, street thugs loyal to the ayatollahs (the paramilitary ‘basij’), and the Revolutionary Guards. Opinion polling over the past 25 years shows that about 15% of the population strongly supports the hard liners, and that 15% can be mobilized for counter demonstrations. A succesful movement has to outnumber the 15%.

Trump, Pence and Haley made it easy for the regime to paint the protesters as foreign agents by sqawking publically their support for the dissidents.

These protests in some ways resembled IMF riots, which break out when the Bretton Woods institutions convince governments to reduce subsidies. The rising price of staples contributed to the unrest, as did reductions in gasoline subsidies.

IMF riots typically subside when the government restores some subsidies and helps those at the very bottom of the economy.

Historically in Iran, successful revolutions have comprised clerics, middle class intellectuals, and the traditional big merchants. In 2009 it was mainly the intelligentsia who came out. The gold merchants in the bazaar only went on strike in 2010, when it was too late.

This time the center of gravity was the working class in small provincial municipalities.

Some observers rejoiced that the protesters were not reformers but were calling for the overthrow of the regime and were cursing its high officers. But reform would have been more practical and a more promising platform for attracting other social classes. In a rentier oil state a lot of people depend on government salaries and contracts.

The protests revealed a rich vein of profound discontent at the grassroots level. The regime has been challenged. The future depends on whether the ayatollahs rise to that challenge.