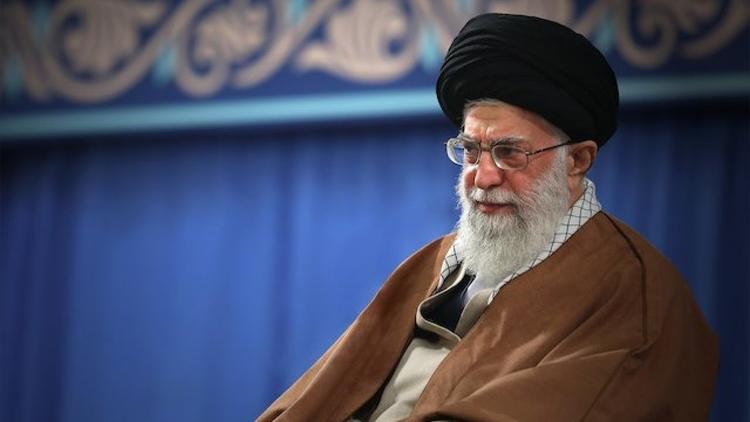 Iran’s government has apparently discovered the real reason for the protests that swept its small towns and working class neighborhoods during the past couple of weeks. English was being taught to third graders in some schools.

Ayatollah Ali Khamenei, the clerical Leader of the country, has decreed that studying English will have to wait until high school, so that children are not indoctrinated at an early age into Western decadence.

Update: Since some quarters have tried to cast doubts on this story, here is a report off the tv interview that sparked it, carried not by a Western but an Arab newspaper:

“A prominent official in the educational sector said that Iran has forbidden the teaching of the English language in primary schools, after the Leader of the Revolution, Ali Khameneis, siad that teaching it at an early age “opens the way to Western cultural assault. Mehdi Navid Adham, the head of the High Education Council that directed by the government said to the official television channel on Saturday evening, ‘The teaching of English in Government and non-government schools in the framework of the official curriculum contravenes the law and regulations.’ He continued in the interview, ‘Unfortunately, we see some primary schools organizing special classes to teach English for sums of money, and that is forbidden.’ He said that the policy of the Ministry of Education is to strengthen Persian language and Iranian and Islamic culture in the students, and that teaching foreign languages in primary school is prohibited, though it can be done in the first year of middle school.”

The article makes it clear that, as in China, there is a growing tendency for families to pay for early English teaching and some schools have been trying to meet this need, and the regime is now pushing back. While the officials do not say that the tightening of the prohibition came as a result of the protests, in the context of Iran as of last Saturday, it is a reasonable hypothesis. [end update]

The sheer stupidity of this way of thinking is hard to overstate. First of all, languages are best learned when one is a child. A lot of American schools, too, don’t start foreign languages until 7th grade, when children are 12 or 13. All the research indicates that the capacity for the brain to learn a new syntax (word order) begins closing off at age 15 if it isn’t developed. Children can be fluent in several foreign languages if they are started young.

As a result, only about a quarter of Americans can have a simple conversation in a language other than English. That is crazy and it will come back to bite us on the posterior as the global South rises economically. Maybe it will help change his mind if we point out that Khamenei wants to make Iranians more like the Americans, more insular.

Second, language does not dictate politics. English isn’t a liberal language. You could raise Khomeinist fanatics in English as well as in Persian. The good Lord knows that there are a significant number of hidebound people in the English-speaking world and simple language ability does not seem to rescue them from their bigotry or mental cramp. This is even true at the highest levels of the US government.

Knowing several languages is a window on the world and on humanity. Being able to read Adrienne Rich in English, or Balzac in French, or Thomas Mann in German or or Pablo Neruda in Spanish or Nawal Saadawi in Arabic or Forough-e Farrokhzad in Persian or Tagore in Bengali is intrinsically enriching of the human soul, regardless of to which religion or ethnicity you might belong. While it is also enriching to read them in translation, anyone who knows languages can attest that there is an extra nuance, a fineness of texture, that is only achieved in the original. Starting a language as a child is the way to gain that extra dimension.

But for those philistines or religious zealots who are unpersuaded by an argument from the expansion of the soul, there is also an economic argument. English is now the primary language of world commerce. If Iran really can reintegrate with the world economy after the end of international sanctions that came with signing the JCPOA nuclear deal, it will need large numbers of people who can deal with the outside world. Whether they do a deal with Sweden or the Netherlands or Germany or Poland, they will almost certainly be doing it in English. The same is true of India and Pakistan and most of Africa. So weakening the country’s cadre of fluent English speakers is cutting off the nose to spite the face.

Exhibit A is China, a country the Iranian Ayatollahs often admire for its postcolonial defiance of the Western capitalist world system. Some 300 million Chinese are studying English. About half of Chinese who learn English begin the language between ages 3 and 6, and their parents push them to do this so that they can get into the best schools and have economic opportunities. The polling shows that the parents really believe in Chinese culture and language. But they are pragmatic in also having their children pursue English.

China is probably already the world’s largest economy, and has grown 9 and 10 percent a year since Deng Xiaoping took China out of the fundamentalist Cultural Revolution (of the sort in which Iran is still stuck) in the direction of incentive socialism in the early 1980s. It has only recently leveled off a bit but is still growing faster than most.

Iran’s rule by clerics began around the same time as Deng was rerouting the Chinese political economy, and its economic record has been distinctly undistinguished, to the point where Iran’s small town workers and middle classes have finally taken to the streets.

Maybe if the Iranian government cared more about Iranians’ well-being than about indoctrinating them in narrow-minded dogma, they could replicate Chinese success. As it is, they are simply urging ignorance and economic backwardness.