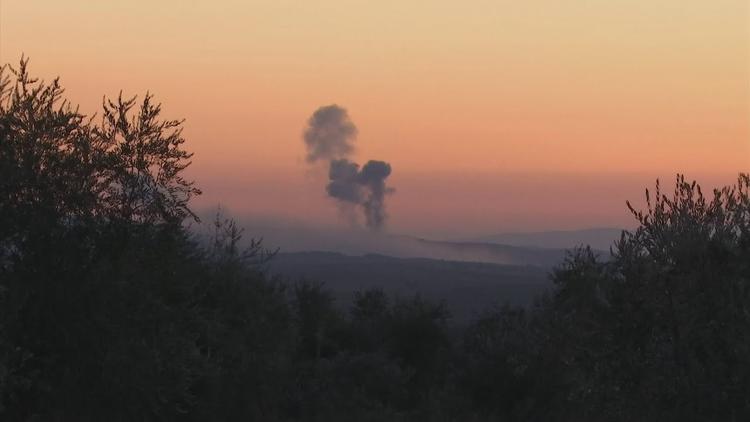 BBC Arabic reports that Turkey has launched a land invasion of the Kurdish-majority Afrin canton in northern Syria, home to some 500,000 Kurds. Turkey has also flooded Arab fundamentalist fighters into the region, calling them “Free Syrian Army.”

The move comes after some 72 Turkish F-16s struck over 100 facilities and bases of the Kurdish YPG (People’s Protection Units) over the past three days.

CNN is reporting that 11 YPG counter-strikes on the Turkish border town of Reyhanli have resulted in dozens of casualties and one death, of a Syria refugee.

Turkey also says it will go into the nearby town of Manbij, which the YPG took away from ISIL with US support, and where there are allegedly US special forces troops embedded.

Ankara accuses the YPG paramilitary of the Democratic Union Party of being an affiliate of the terrorist group, the Kurdistan Workers Party (PKK), which has attacked Turkish police and troops in eastern Turkey and has a base in Qandil in Iraq. The Syrian Kurds deny that they are a branch of the PKK and the United States not only does not deem them terrorists but has actively allied with them in the fight against ISIL.

The Turkish military says that its aim initially is to establish a buffer zone along the Turkish-Syrian border between Afrin and the area of Azaz to its east. This statement appears to be code for ethnically cleansing Kurdish villages anywhere near the Turkish border. Turkey maintains that its border regions have taken large numbers of strikes from YPG batteries.

Turkey imagines a further phase of killing or chasing away the some 8,000 YPG militiamen in Afrin, which sounds like a plan to ethnically cleanse all 500,000 Kurds from the enclave.

Turkish war propaganda is also alleging the existence of ISIL cells in Afrin, which the Associated Press has refuted. Since the YPG has been the only effective fighting force against ISIL, Afrin is the last place the latter could hope to find refuge.

The Turkish operation has a strong diplomatic dimension. Turkey’s representative at NATO in Brussels is demanding that the other NATO members support its campaign. It is not getting much joy in that regard. US Secretary of State Rex Tillerson has called on Ankara to conduct a very limited operation and to avoid civilian casualties.

France is jumping up and down upset and foreign minister Jean-Yves Le Drian is going to the UN Security Council for a discussion of Turkey’s move. His Turkish counterpart, Mevlut Cavusoglu, is equally upset, and said that any country that stands with the Syrian Kurds against Turkey is standing with terrorists. I.e. he accused the French of being terrorists.