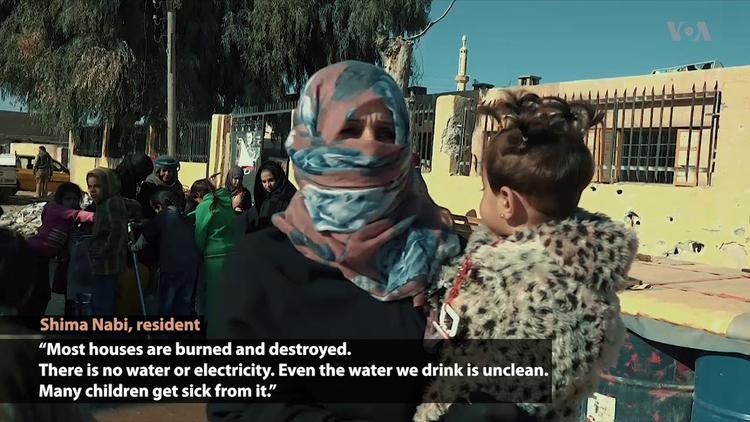 The US government’s aid chief, Mark Green, made an unannounced visit to Raqqa in Syria on Monday, the most senior US civilian official from the Trump administration to visit the war-struck northern city months after it was retaken from Daesh, Reuters reports.

Green was accompanied by head of the US Central Command General Joseph Votel as the United States ramps up post-conflict stabilization in areas where Daesh has been driven out by American-backed militia.

The visit comes after Secretary of State Rex Tillerson last week signaled an open-ended US military presence in Syria, part of a broader strategy to prevent Daesh’s resurgence and pave the way for Syrian President Bashar al-Assad to step aside.

Lessons from conflicts in Libya and Iraq show that unless liberated areas are quickly stabilized they could easily fall back into the hands of militants.

“We’re at the point where people really do want to go home so this is the moment to seize,” Green, Administrator of the United States Agency for International Development (USAID), said in a phone interview with Reuters after his seven-hour visit to Raqqa and the Ain Issa camp for people displaced by fighting.

As he drove through the densely built-up city with Votel, Green said he was struck by the devastation to buildings and roads, caused by U.S-led coalition air strikes and militia firing from homes.

“The devastation goes back as far as you can see,” said Green, “It is almost beyond description.”

Green said he visited a soccer stadium where locker rooms were used as torture chambers by Daesh. “You can see a makeshift metal bed where they laid their torture victims right on the bed. It was just gruesome, gruesome,” he added.

But there were also signs of hope with fruit vendors on sidewalks, families walking together and people starting to clear rubble.

“Despite all of the destruction and all of the damage you still see signs of the human spirit … and it gives you so much hope,” he said.

Read More: The trials of Africa and the real Dr King they want us to forget

US forces in Syria have already faced direct threats from Syrian and Iranian-backed forces, leading to the shoot-down of Iranian drones and a Syrian jet last year, as well as to tensions with Russia.

In the meantime, Turkey opened a new front in Syria at the weekend launching airstrikes against US-backed Kurdish militia in Afrin province.

Green said the civilian mission was not to rebuild but to help civilians return home by clearing roadside bombs, and restoring water and electricity.

“The mission for us is stabilization not reconstruction,” Green emphasized. “Our part of it is restoring essential services and there is a lot of work to do,” he added.

Green said he would be traveling to Europe soon to press allies to help.

Fred Hof, director of the Atlantic Council’s Rafik Harari Center for the Middle East, said it was critical that the United States “seals the victory” in Raqqa through stabilization.

“You don’t invest three years in defeating ISIS and then fail to implement an obligatory aspect of military doctrine,” said Hof. The challenge, he added, was who would be left in command on the ground to ensure rebuilding took place.

VOA from last month: “Call for Services on Rise as More Civilians Return to Raqqa in Winter”