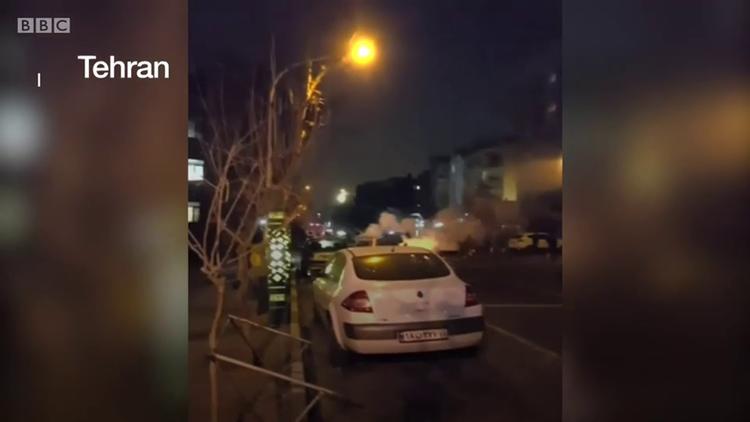 Neoconservative poobah Elliott Abrams slammed the New York Times for headlining an article about the Iran protests as being about the economy. (Abrams was an Iran-Contra fraudster supporting nun-killing right wing death squads in Central America who was convincted of lying to Congress but was rehabilitated by W. Bush, who appointed him to the National Security Council). Abrams insisted that the protests are instead political.

Abrams is a far-right supporter of the far-right Israeli prime minister Netanyahu, and would like nothing more than to see the government of Iran overthrown– not so that its people could have more liberty but in hopes of breaking Iran’s legs as a player in the Israeli-Palestinian conflict (just as Abrams led the charge to break Iraq’s legs). So he isn’t exactly an objective observer of the Iranian scene, not to mention not actually knowing anything serious about, you know, Iran.

But why someone makes a statement and who they are is ultimately not important in judging whether the statement is true or false. As much as it pains me to say so, Abrams could be right in this dispute.

The rallies certainly began as protests against inflation and joblessness. Iran’s economy is set to grow 4% this year, but inflation is at 9%, which means that Iranians will get 5% poorer. Moreover, the clerical ruling class will be held harmless from that decline in real purchasing power. The four percent growth is mainly because of increased petroleum sales now that international sanctions have been lifted, and because oil prices have firmed up to $60 a barrel. The petroleum proceeds go straight to the government, i.e. to the ruling clerics, who head up a range of foundations and businesses that get government subsidies.

Borzou Daragahi has argued that in a bid to be more transparent, President Hassan Rouhani released budget numbers recently that revealed the extent of government support for clerical foundations, angering workers who not only do not get subsidies but who are going to see their real purchasing power drop 5% again this year.

It also appears that the protests began last Thursday with support from hard liners who were hoping to embarrass President Rouhani. The latter had put a lot of political capital behind the nuclear deal with the Security Council, on the grounds that it would end sanctions and improve the economic situation, which had become dire under Obama’s severe sanctions. The joke turned out to be on the hard liners, who started a wave of protests but lost control of them, with crowds chanting not just death to Rouhani (what the hard liners were going for) but death to Khamenei and death to the Revolutionary Guards (the very institutions the hard liners wanted to strengthen).

So for instance, Iranian Labour News Agency reported (via BBC Monitoring) that 80 people were arrested in the central city of Arak for attempting to invade government offices yesterday. So why were they doing that? It isn’t clear. But it could be that they were hoping to capture municipal records showing corruption. A crowd in Tehran broke into a municipal building, according to Afsaran.ir. Although you could say that invading government offices is a political and not a religious act, in fact it would be hard to separate them out.

In Tehran, some 200 protesters have been arrested and at on point this weekend they attempted to march on the private residence of Aytatollah Ali Khamenei, the clerical leader of the country. That march was political, but they may have been making economic demands.

The killings (two dead in Dorud in Lorestan) and jailings of hundreds have themselves become reasons for people to come out to demonstrate. The demonstrations create martyrs, in whose name more demonstrations are held.

President Rouhani took revenge on the hard liners by giving a speech in which he upheld the right of Iranians to demonstrate. He did draw the line at sabotage, however.

One problem with the debate between Abrams and Thomas Erdbrink of the NYT is that separating out economic and political discontents is not easy, especially in Iran, where the government (as in most petro-states) owns some 80% of the economy. I think we may conclude that some voices in some of the protests have begun speaking of overthrowing the government, and the question for many protesters no longer seems to be high priced food but rather the clerical regime itself.