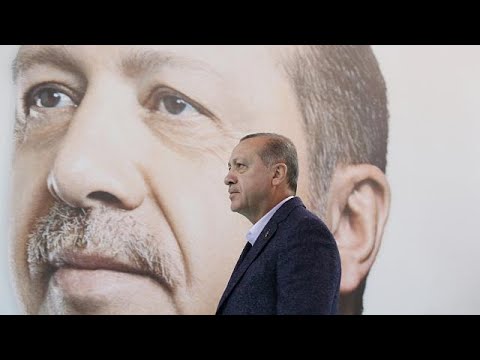 People stage a protest against US President Donald Trump’s announcement to recognise Jerusalem as the capital of Israel and plans to relocate the US Embassy from Tel Aviv to Jerusalem, on December 8, 2017 in Istanbul, Turkey

The media and political clash between Turkey and Israel has intensified following Donald Trump’s decision to recognise Jerusalem as the capital of Israel and move the US embassy from Tel Aviv to the Holy City. Not only did Turkish President Recep Tayyip Erdogan describe Israel as a terrorist state that kills children, but he also called for an emergency meeting of the Organisation of Islamic Cooperation countries to take a stance against Trump’s decision.

President Erdogan’s steps provoked Benjamin Netanyahu, who criticised Turkey’s policies in a press conference with French President Emmanuel Macron. “I am not used to receiving lectures about morality from a leader who bombs Kurdish villagers in his native Turkey, who jails journalists, who helps Iran get around international sanctions, and who helps terrorists, including in Gaza, kill innocent people,” ranted the Israeli Prime Minister. “That is not the man who is going to lecture us.”

This fiery exchange between the two leaders sparked a flurry of messages between Ankara and Tel Aviv. Erdogan’s spokesman, Ibrahim Kalin, pointed out to Netanyahu that Israel has violated international law. “Instead of attacking our country and our leader,” he insisted, “the Israeli authorities should end the occupation of Palestinian territories.” Kalin stressed that Turkey will continue to support international law, Palestinian rights and the oppressed people of Palestine.

The war of words has prompted observers to suggest that Erdogan might go further and, for example, cut diplomatic relations with Israel, even though these have improved in recent years since the previous crisis after Israel attacked the Turkish-registered Freedom Flotilla heading for the Gaza Strip in 2010. Expectations over Turkey’s position have risen with the level of popular anger in the Palestinian territories, which is on the verge of a full-scale uprising. The widespread international rejection of Trump’s Jerusalem decision will also affect Turkey’s position.

However, such expectations of Turkey may require further examination of the details and consideration of the situation. The main battle over Jerusalem is not with Israel as much as it is with the US administration under Donald Trump, which disregarded all the Arab and Islamic countries when it made its decision on the fate of Jerusalem. As such, Turkey’s clash with Israel is actually a clash with Washington.
#Jerusalem

Moreover, Turkey’s relations with Russia are improving in connection with the Syrian crisis and economic links, but it is finding itself at odds with Moscow over Jerusalem. The explanation given by Russia in this regard indicates not only the difference in positions, but also the strength of its relationship with Israel. Ankara may thus find itself in a crisis with Moscow, even though it does not want to strain relations given the Turkish position on Syria. This is especially true with regards to the Syrian-Kurdish issue, particularly given Moscow’s relations with the Syrian Kurds, which hopes to make allies of the Kurds, who have been allied with the US up to now. Turkey’s position remains reliant on how far the Arab and Muslim states want to take this, which may be much less than Turkey and the people on the streets of Palestine would like.

It is a fact that since the Justice and Development Party came to power in Turkey in 2002, relations with Israel have gone through a series of crises, unlike any time before. The essence of what sparks these crises is not Erdogan himself, as many believe, but the growing influence of the Islamic and popular trend in Turkey, which rejects Israeli policies in occupied Palestine. In Israel, meanwhile, there is a belief that repairing relations with Turkey is no longer possible under Erdogan’s rule, and this puts a great strain on the relationship between the two, especially after the US decision regarding Jerusalem.