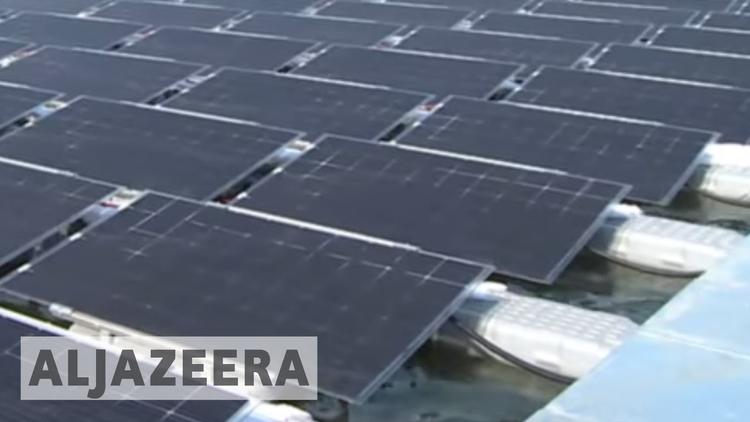 Clean Technica reports that China blew the top off expectations for its solar installations in 2017, It put in 52.83 gigawatts.

The incredible 2017 solar surge in China brought its total solar installed capacity up to 130 gigawatts. As a cursory look at these statistics makes obvious, in one year China increased its solar by nearly 70 percent. In short, it wasn’t so far from doubling its ability to generate electricity from solar sources. 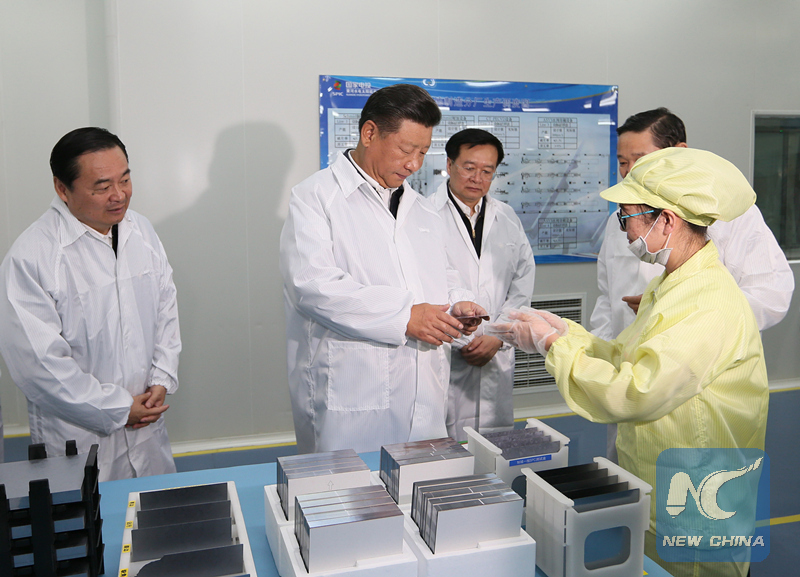 The US is a midget in the solar generation game, in contrast.

Seven percent of China’s electricity now comes from solar. Note that not long ago, 80% of China’s electricity came from burning coal, the deadliest and most polluting of the fossil fuels. Not only has solar generation increased enormously, but every gigawatt from that source takes coal offline and vastly reduces carbon dioxide emissions, which produce global heating and catastrophic climate change.

Even corporate media, which typically have big investment portfolios in the fossil fuel companies–which influences them to be skeptical of renewables and to avoid reporting on climate change, admitted in shock that global investors put $333 bn. into the renewable energy sector in 2017, an increase of 3 percent. Some 40% of that investment came from China alone, now the world renewables leader.

The continued strong interest in the sector comes in part from the dramatic price fall in solar and wind installation, which in turn has spurred intense new interest in the global south.

France-based Cap Vert Energie, for instance, just announced $37 million in financing for 11 solar projects in Chile. A new 100-megawatt solar installation just opened near Santiago, allowing 60% of the energy needed to run the capital’s metro (subway) to come from renewables–a first for any city in the world. New solar bids in Chile are being offered at 2.5 cents a kilowatt hour, a harbinger of the collapse of energy costs. Coal is usually estimated as generating electricity at 5 cents a kilowatt hour, though that price ignores its severe environmental and health costs. This kind of incremental spread of solar and wind in the global South is flying under the radar of most analysts.

In the US, there has been a relatively successful corporate resistance to renewables, which is reinforced by measures such as Trump’s support for coal and his recent slapping of a 30% tariff on inexpensive Chinese solar panels, as well as by state legislatures’ obstructionism, paid for by ALEC and the Koch brothers. Renewables only account for 15% of US electricity generation, with a lot of that being hydro, despite a massive and expensive crisis of extreme weather and sea level rise. Trump’s tariffs on inexpensive Chinese-made panels will especially hurt people in the Deep South, who have a great deal of sunshine but whose GOP state legislatures have put in punitive measures to keep them from saving money with rooftop solar installations. The tariffs, however, will only slow adoption of solar. I put American-made panels on my home because they are more reliable, and last summer my average electricity bill was $14 a month. Even the more expensive American ones pay for themselves in 7 years, less if you use them to power an electric car like a Bolt, Leaf or Tesla 3. The main problem isn’t the cost of the panels, which will fall rapidly anyway, but the lack of financing and of a favorable policy environment (Snyder in Michigan, a corrupt Koch puppet, slapped property taxes on solar panels).

The Chinese Communist Party is proving itself more rational and a better friend to humankind than the American capitalists. You can’t generalize about these things. The East German Communist Party was a big polluter, and contemporary German capitalism is relatively Green in orientation. The American corporations on the whole, however, are allowing gnawing avarice to turn them into Satan himself.