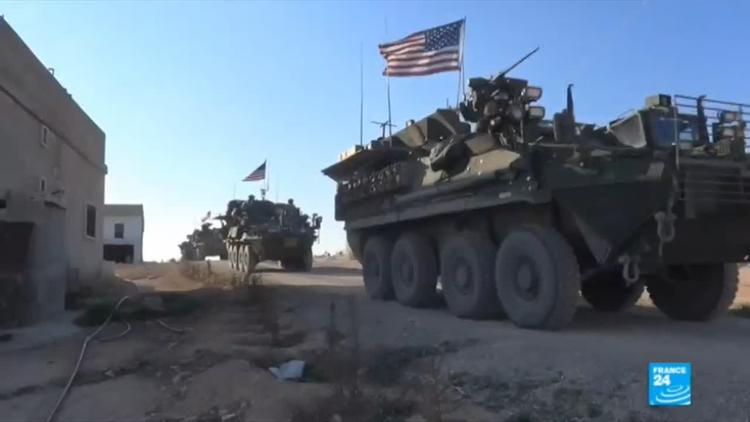 The hopes of the Trump administration to use the Syrian Kurds as a wedge against the government of Bashar al-Assad in Damascus may be rapidly fading.

The liberal Lebanese newspaper Elbalad [The Country] reports that the Autonomous Administration of the Kurdish-majority Afrin region of northern Syria, which is under attack from Turkey, has called on the Syrian government of Bashar al-Assad in Damascus to defend the country’s borders from the “brutal Turkish aggression,” affirming that Afrin is an inseparable part of Syria. The Kurds, organized by the Democratic Union Party and its paramilitary the People’s Protection Units (YPG) said that the Turkish invasion, launched last Saturday, aims at grabbing another piece of Syrian territory through the occupation of the district of Afrin.

The Kurds called on the Syrian state to undertake its responsibilities of sovereignty with regard to Afrin and to safeguard the borders of the country from the attacks of the Turkish occupier, something it has not done so far despite the announcement by Damascus that it would send troops to man the frontier.

The communique said that the People’s Protection Units had spent the last six years fulfilling their national duty to safeguard the district against the attacks of terrorist groups and preserving of the integrity of Syrian territory and its national institutions.

The some 2 million Syrian Kurds in the north and northeast of the country have been a wild card for decades. They were discriminated against by the Arab nationalist Baath Party, the tattered remnants of which still huddle around al-Assad in Damascus, on the grounds that Kurds are not Arabs and so not full citizens of the Syrian Arab Republic unless they are willing to learn Arabic and give up their ethnic identity. The Baath Party is as racist as the KKK. In fact, in the 1960s, the Arab nationalist government in Damascus just removed citizenship from 100,000 Kurds, who later grew into a million.

When the attempted revolution broke out in 2011, Bashar al-Assad went up to Hasaka in the northeast and offered to restore citizenship to the Kurds if they would back his government instead of rebelling. The Kurds showed little interest in the offer. For them, the outbreak of revolution was a chance to stake their claim to a federal Kurdish ethnic province, which they call Rojava. Some hope that eventually it will become independent but at least they say they are willing to live under Syrian government rule. But, they insist, Syria has to be reformulated as a federal state with strong states’ rights instead of remaining a French-style unitary state.

The ambiguity of the Kurdish position, in seeking more autonomy from Damascus but declining to join in attempts to overthrow the government, is underlined by Kurdish relations with the Arab rebels. The latter moved toward Muslim fundamentalism, sometimes of an extreme sort, which turns out to have a latent element of virulent Arab racism. So the Arab rebels, especially the al-Qaeda affiliate and ISIL, attacked the Kurds. And the Kurds often made common cause with the Syrian Arab Army of al-Assad against them.

So what the YPG in Afrin is attempting to do is to revive that alliance with Damascus. It is alleging that the Arab rebels Turkey sent in to Afrin as guerrilla fighters against the Kurds are al-Qaeda, and depicting the Turkish invasion as a foreign occupation. In other words, the Kurds are ironically working the keyword political vocabulary of Arab nationalism, for which foreign colonial occupation is the supreme evil and the occupied are virtually saints.

This rhetoric is aimed not only at garnering support from Damascus but also from the wider Arab world. It has already succeeded to some extent. Egypt has come out to condemn the Turkish incursion, as an affront to the Arab nation.

Unfortunately for Afrin’s Kurds, neither Damascus nor Cairo is likely to intervene in any practical way. And the US, which is allied with the YPG in Manbij, Kobane and Jazira, has relinquished Afrin as a sphere of influence, leaving the 500,000 Kurds there to their fate at the hands of Turkey.

Turkey maintains that Afrin has been a base for terrorist attacks into Turkey and that the YPG is an affiliate of the Kurdistan Workers Party (PKK), which both the US and Turkey deem a terrorist group. The US, which used the YPG to defeat ISIL in Syria, does not agree with Ankara on this issue. Secretary of Defense Jim Mattis still hopes to use the American position in Eastern Syria to ease al-Assad out of power, but his unwillingness to defend the Syrian Kurds from Turkey is driving the former into the arms of Damascus.