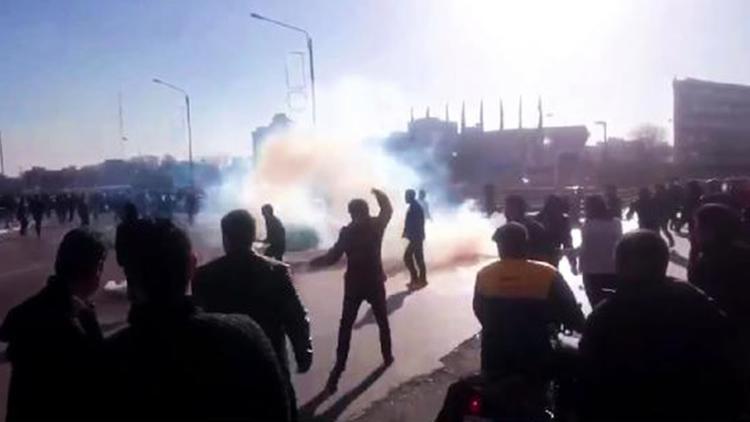 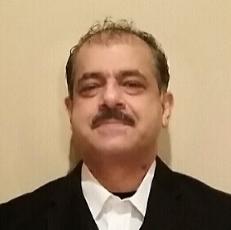 A reporter from Argentina has contacted me via an email, asking my opinion about the recent demonstrations in Iran. He has raised the following questions:

Here is my more extensive response. I travel to Iran every summer for a couple of months and can tell that economic hardship is definitely part of the problem. This is exacerbated by a ridiculous wealth gap between those closely connected to the core of the regime—the clerical elite, the elite in charge of the state charity foundations and economic reconstruction and development organizations, companies and firms, including the leadership of the IRGC– the Islamic Revolutionary Guards Corp)–and the rest of the populace. But, Iran’s political economy is more complex.

Most Iranians I interact with are not happy about their economic status and see corruption as a factor behind the success of the super-rich. The reason behind the rise of the super-rich is related to the mismanagement of monetary and fiscal policies, especially during president Ahmadinejad’s years in office. It is a complex issue, but, in brief, the government splurge over public spending, the persistentdevaluation of the Iranian rial, the meager amount of foreign direct investment and the lack of access to foreign credits because of sanctions led to stagflation, where inflation was running at over 40 percent while the economy remained stagnated,and even experienced negative growth. President Rouhani’s government in its first term reduced the inflation to below 10 percent and helped with the excessive liquidity in the economy through a better control over monetary policy andcombating mismanagement and corruption. The 2015 nuclear agreement also helped with the lifting of some sanctions and restrictions and higher flow of foreign investment capital into the economy. So, things began to look better under president Rouhani’s first term.

Having said the above, the question is why these demonstrations are taking place now when things are somewhat getting better? President Rouhani inherited plenty of economic problems from his predecessor administration of President Mahmoud Ahmadinejad. In spite of his populist economic agenda and policy, Iran’s economic performance was unimpressive during President Ahmadinejad’s terms (2005-2013) in office while market liquidity doubled without higher economic growth or expansions in productivity, as did economic patronage and corruption. There are still problems today with unemployment (overall around 12% and about 25% among young adults) and the overall cost of living, where many have more than one job to make ends meet. The housing rent money alone can exceed one’s monthly income in big cities like Tehran; so, you would need more than one job or money earners in the family. Meanwhile, the huge wealth gap between the visible elites and the average Iranian has added to social discontent. The elite in and outside the government have taken advantage of high oil prices and market volatility, exacerbated by sanctions and broad and organized black marketeering.They have amassed huge wealth through access and market speculations in, among others, the housing, currency, and gold markets. Thus, even with economic improvements, frustration with unemployment and the high cost of living and perceived and real corruption remain important factors inflaming popular dissatisfaction, particularly among the youth.

Iranians also complained about ‘Islamic’ social restrictions and the overall absence of ‘freedom to choose.’ The Ministry of Culture and Islamic Guidance has a broad authority in setting the tone and rules for what are the ‘appropriate’ Islamic and cultural behavior not only regarding social attire and mannerism but also in the arts, music, films, and theatre, and even sports and sports arenas. The hijab restrictions, especially for women, and limitations set in public interactions between opposite sex, in particular, symbolizes the duality of the public and the private space in Iran. There are limited opportunities for social mobility and economic security for a vast number of educated young, constraining timely marriages and the formation of a family. The average age of marriage among Iranian youth is now in the upper twenties, and the rate of divorce has also become a national concern. According to a Parliamentary research report in 2014, an estimated 80 percent of female high school students have boyfriends and “even sexual contact.” While the private life in Iran is considered sacred and is protected from intrusion, the public life is highly scrutinized. This parallels the notion of Islamic Republicanism that is simultaneously Islamic and divine and Republican and secular. So, Iranians are unhappy and somewhat frustrated about ‘Islamic’ social restrictions and the overall absence of ‘freedom to choose.’

I see these demonstrations not a threat to the regime survival and it is also highly unlikely it can bring down the Rouhani government. Peaceful protests by students, workers, or farmers do occur more frequently than one might think, but they have remained peaceful and orderly for the most part. It is interesting that the current demonstrations have persisted for a few days but they are highly unlikely to endure, especially now that they have turned violent. The vast majority of Iranians are against violent protests and prefer peaceful social resistance through balloting,civic protests, dialogue, and reforms. There is no visible organized opposition supporting these demonstrations and foreign meddling through commentaries and pressure only strengthen the hands of the hardliners who have lump summed peaceful, legitimate concerns of the populace with the violent actions of some protestors, proclaiming genuine popular discontent as ‘foreign-instigated’ and anti-revolutionary behavior.

The broad frustration that many people feel over socioeconomic difficulties is cushioned by the social-welfare policies of the state. The vast majority of Iranians have access to highly subsidized health care, free and/or subsidized public and higher education, and a variety of welfare schemes ranging from subsidized housing, food, and fuel, to lower interest loans for marriage and child support. There are hundreds of government and private foundations and charities that connect the average Iranians to the state organizations. The presence of such ‘parastatal’ organizations, however, has created a vast network of bureaucratic and special-interest clusters of individuals and groups that feed off of the state largesse and resists any dramatic shifts in the state domestic economic policy and orientation and foreign policy direction that may threaten their privileged position. By some account, the state foundations or Bonyads and charity organizations are responsible for 20% of Iranian GDP.

External pressure and meddling, especially by the United States, Saudi Arabia, andIsrael, is not causing these demonstrations but are fueling it. The Trump administration has already threatened Iran with more sanctions over possible ‘violations of human rights,’ something Iran sees as an attempt to breed instability in Iran. Actually, the U.S. Secretary of State, Rex Tillerson, already made the U.S. (and its Arab allies’) intentions toward Iran very clear in summer 2017, expressing that the United States actually would like to see a ‘regime change in Iran! In reality, the United States has long lost its linkage with and leverage over the Iranian government officials and influential after the 1979 revolution, meaning that there is not much the U.S. can do to cause a 1953-coup style regime change in Iran. The U.S.-led sanctions and pressure in the hope to change Iran’s foreign policy behavior continue to hurt Iranian national development efforts, but they are increasingly harder to justify and maintain in the age of a declining U.S. power and influence.

The U.S.-led sanctions have caused a great deal of hardship for average Iranians and some of Iran’s economic problems are related to the lack of its access to the international currency market, investment, and credit opportunities. Iranian officials also recall how the Saudi Prince Mohammed bin Salman in May 2017 actually threaten to spread instability in Iran. The Saudi young prince proclaimed that Tehran’s ultimate aim is to wrest control of Islam’s holiest site in Mecca, and“We won’t wait for the battle to be in Saudi Arabia”… “Instead, we will work so that the battle is for them in Iran, not in Saudi Arabia.” There are now open chants of ‘death to al-Saud’ included in pro-government rallies across Iran. The Saudi alignment of its anti-Iran policy with Israel only enables the Iranian government pointing to violent demonstrators as ‘foreign agents.’ So, external pressure and instigations are important in understanding the events in Iran.

Given the current situation in the region, Iran cannot afford destabilization. So, the regime would protect itself with resolve and with an iron-fist. There are still millions of Iranians who support the regime because of personal interest and conviction. One cannot ignore the religious and ideological foundation of the Iranian state and that millions in Iran see their religious beliefs and livelihoods tied with that of the ruling clerics and ‘the devotees’ of the Islamic Republic. The future of political opening still remains contingent upon the continuing evolution in the state-society relations in Iran. For now, one can only hope that recent events would strengthen those reformists whose visions for Islamic Republicanism allows for the expansion of the public space and open political debate in the constructionof locating the ’appropriate’ place of Islam in the ‘Islamic Republic.’

Ali R. Abootalebi is Professor of Middle Eastern and Global Politics in the Department of Political Science, UWEC. He is the author of Islam and democracy: State-Society Relations in Developing Countries, 1980-1994 (Garland, 2000), and, coauthored with Stephen Hill, Introduction to World Politics: Prospects and Challenges for the United States (Kendall Hunt, 2013) and numerous articles on Iran, Arab Politics, Civil Society and Democracy and U.S. foreign policy.